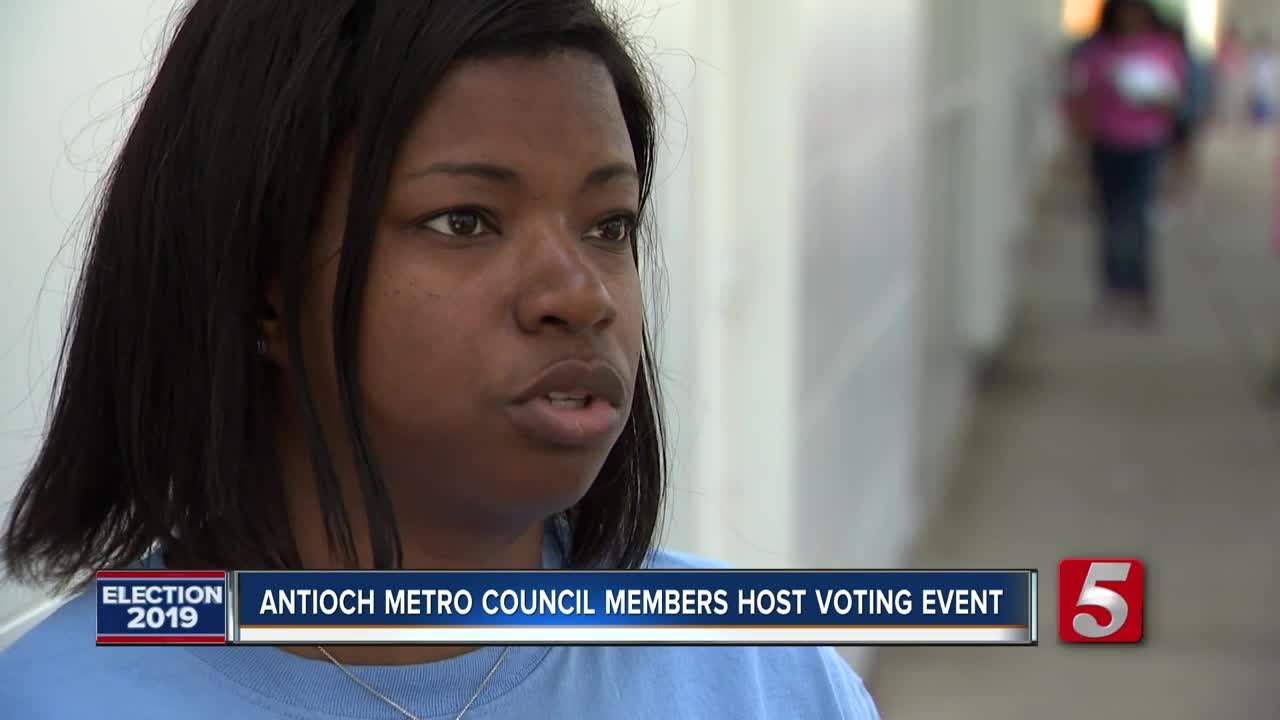 Early voting ends on July 27th. 35 Metro council seats, 5 At-large seats, the vice mayor and mayor seat are all up for grabs.

"The next council and mayor will determine the direction of the city for the next 8 years," councilwoman Tanaka Vercher said.

Vercher, who represents District 28, co-sponsored an ice cream social at Southeast Community Center in Antioch to remind folks the importance of voting especially in the upcoming General Election.

"Sometimes people don't like the direction that things are going so you have the voice to be able to change that by putting a representative in office that stands for your beliefs," she said.

Betty Hardy Hines has voted the last 52 years and wants people especially the younger generations to use their voice at the polls.

"Every young person should start out by just investigating who you want to run for, why are they running, what are they doing in your community. It's very important that they do that," Hines said.