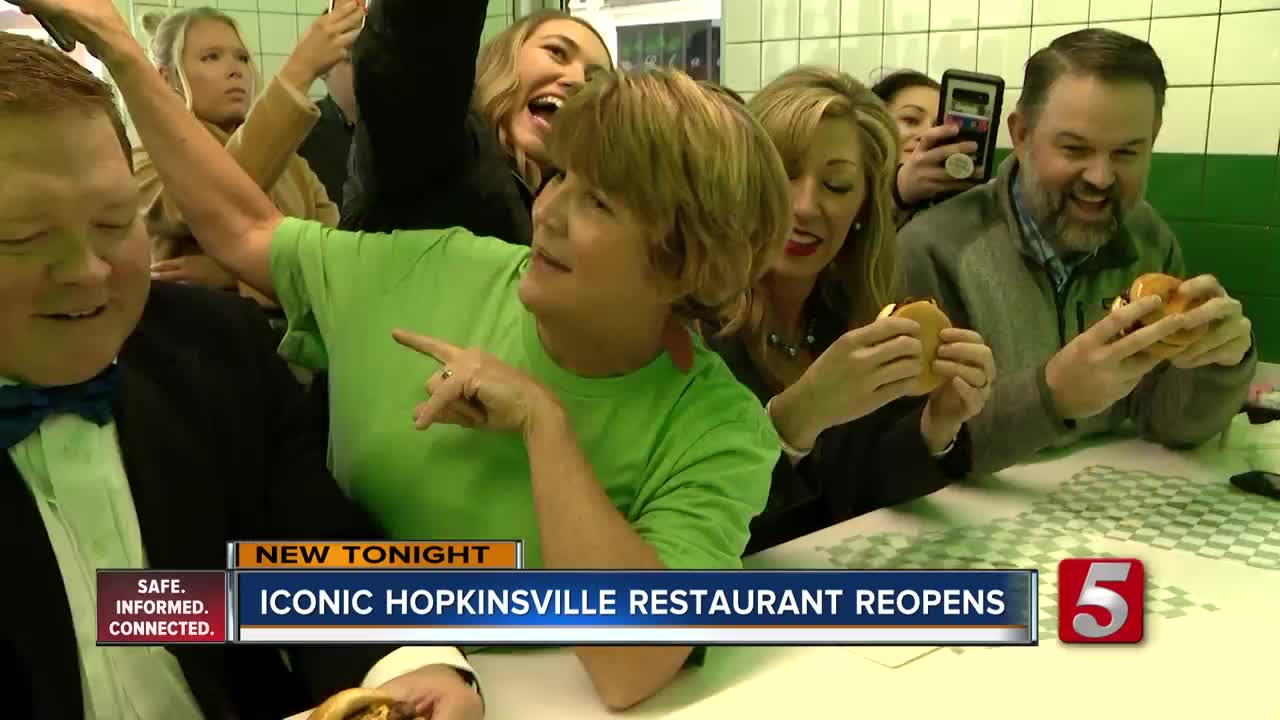 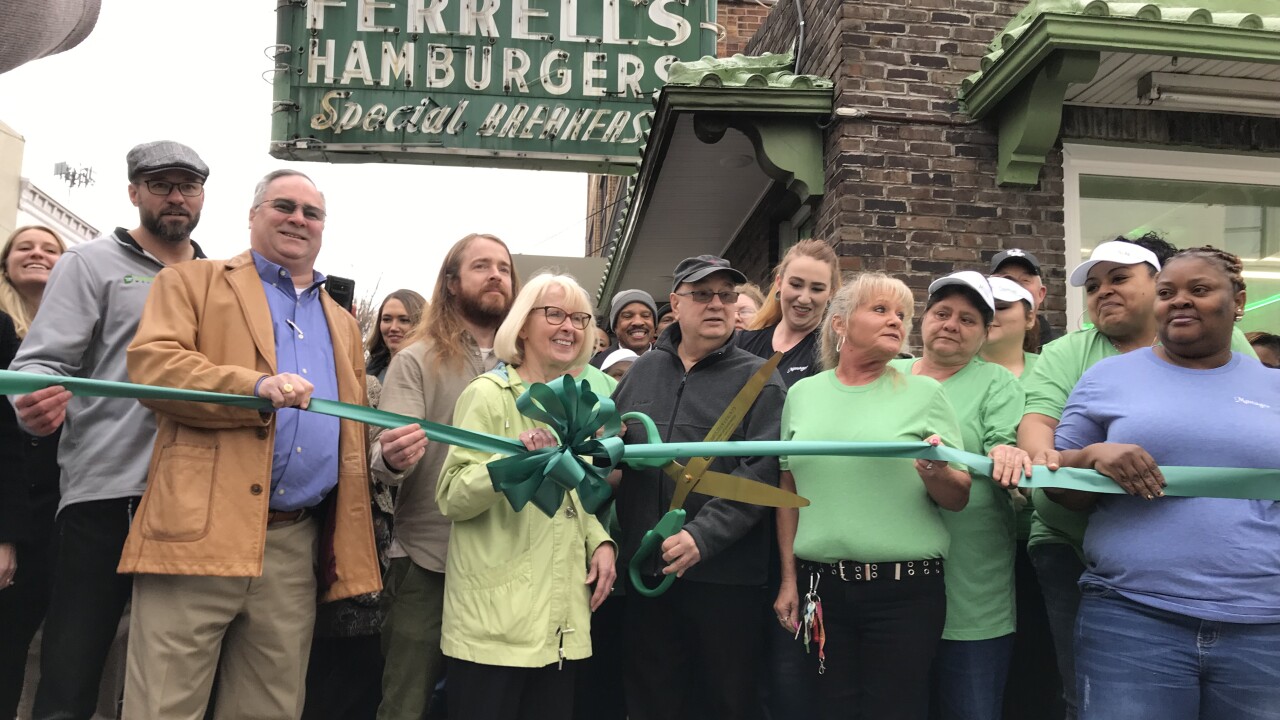 More than six months after the fire, the Christian County Chamber of Commerce gathered outside the newly rebuilt restaurant on Main Street for a ribbon cutting ceremony. The location's nine employees, city leaders and regular customers cheered as the owners officially told the world the restaurant is open again.

"It feels great," Owner Phillip Ferrell told NewsChannel 5. "We’ve heard from a lot of customers asking when we were going to open again."

With the help of a grant that offset some of the cost not covered by insurance, the owners were able to maintain the familiar appearance and layout with new green lights, stools and tiles. They bought a new grill which is placed in a different angle in an already small kitchen inside the 600 square feet building.

The burger restaurant was first established in the late 20s and only grew in popularity. For many who grew up in Hopkinsville, Ferrell's was not just popular, it was an institution.

"I’ve been coming here for 65 years. I remember coming when hamburgers were 15 cents and a Coca Cola bottle was six cents," Harry Allen said.

Residents squeezed into the restaurant as Ferrell cooked for bidders of a silent auction for the first burgers. As bidders began matching, the silent auction raised $2,700 to support the Hopkinsville-Christian County Public Library.

The menu will have the same items except for fries because of space. The restaurant will officially be open for service on Friday.