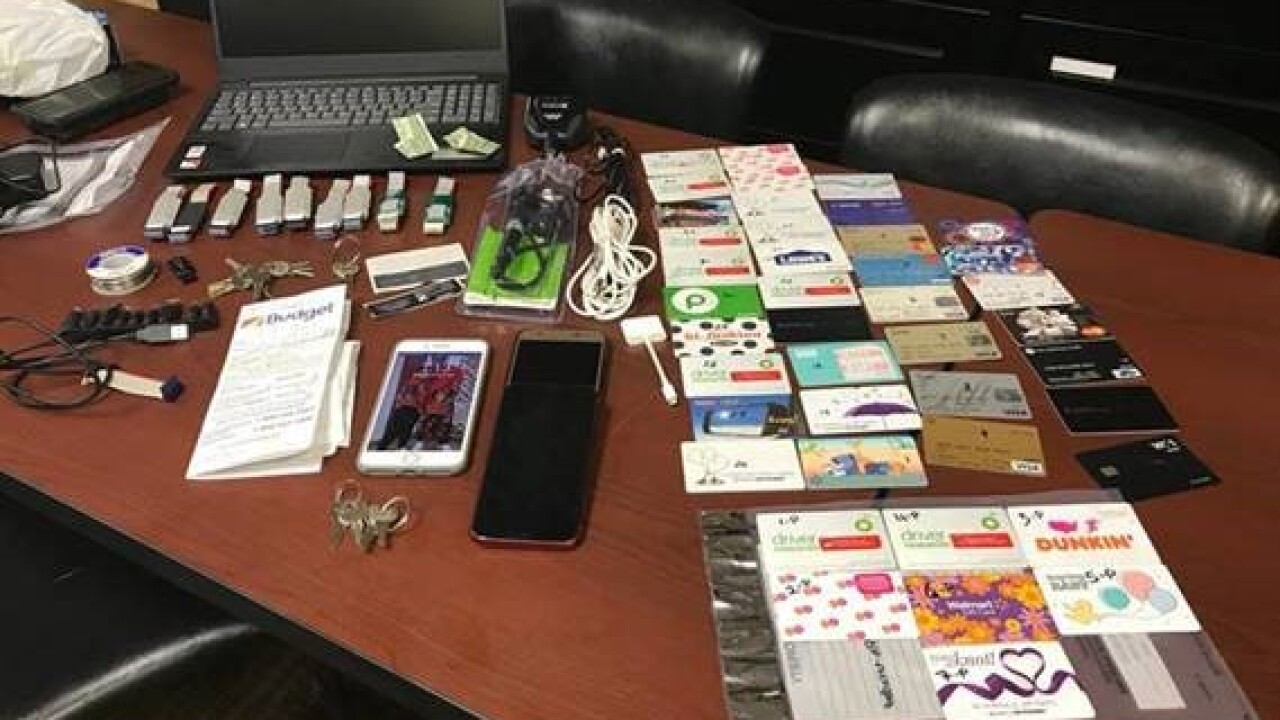 According to THP, a trooper stopped a silver GMC Yukon XL on I-24 near mile marker 82 in Rutherford County for a traffic violation. During the stop, two other troopers arrived to help.

The trooper who made the stop became suspicious that the people in the Yukon were involved in some kind of criminal activity, and got consent to search the vehicle. The troopers found 42 re-encoded credit cards, nine Bluetooth skimmer ribbons, one laptop, one USB skimmer ribbon attachment for a computer, multiple gas pump keys, gas pump security seals, five grams of cocaine and other paraphernalia related to credit card and identity theft.

Troopers also found an address on the Yukon's GPS system, and learned that the address belongs to a BP gas station in Illinois.

Law enforcement in Illinois were notified, and they went to the station and contacted its owner, who unlocked the gas pumps computer system.

The investigation is ongoing. It will be presented to the United States Secret Service for federal prosecution.