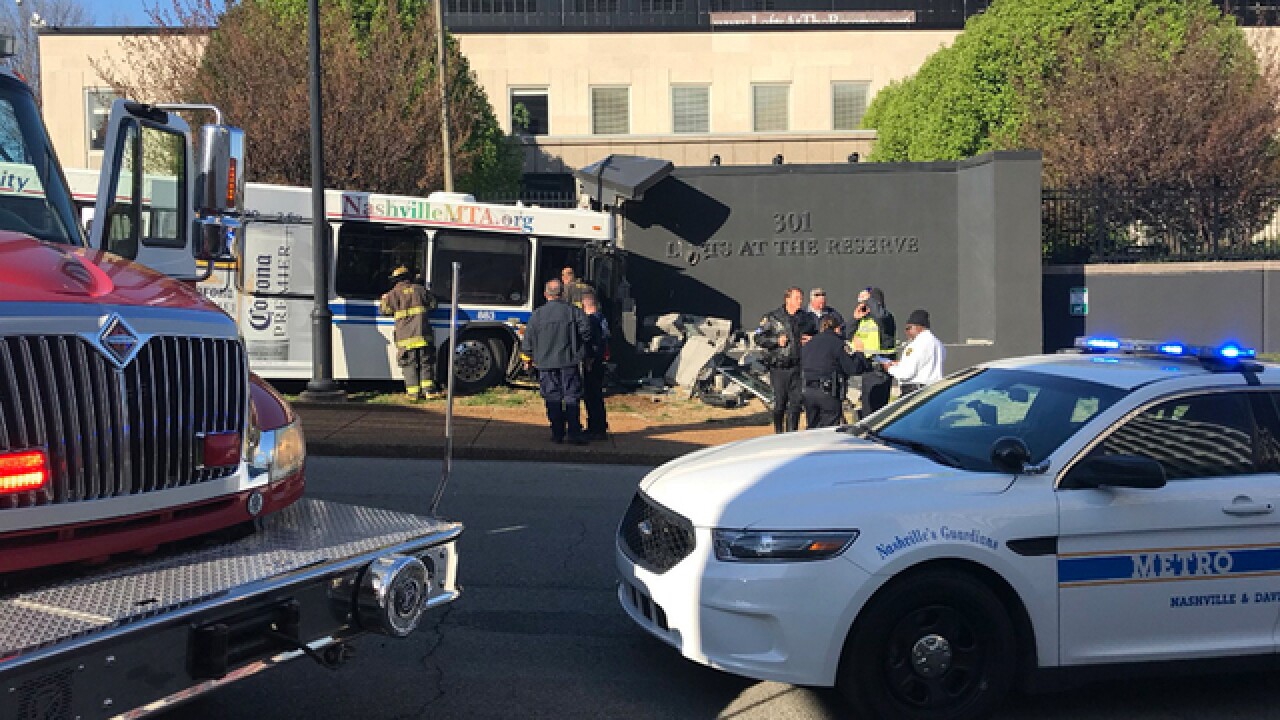 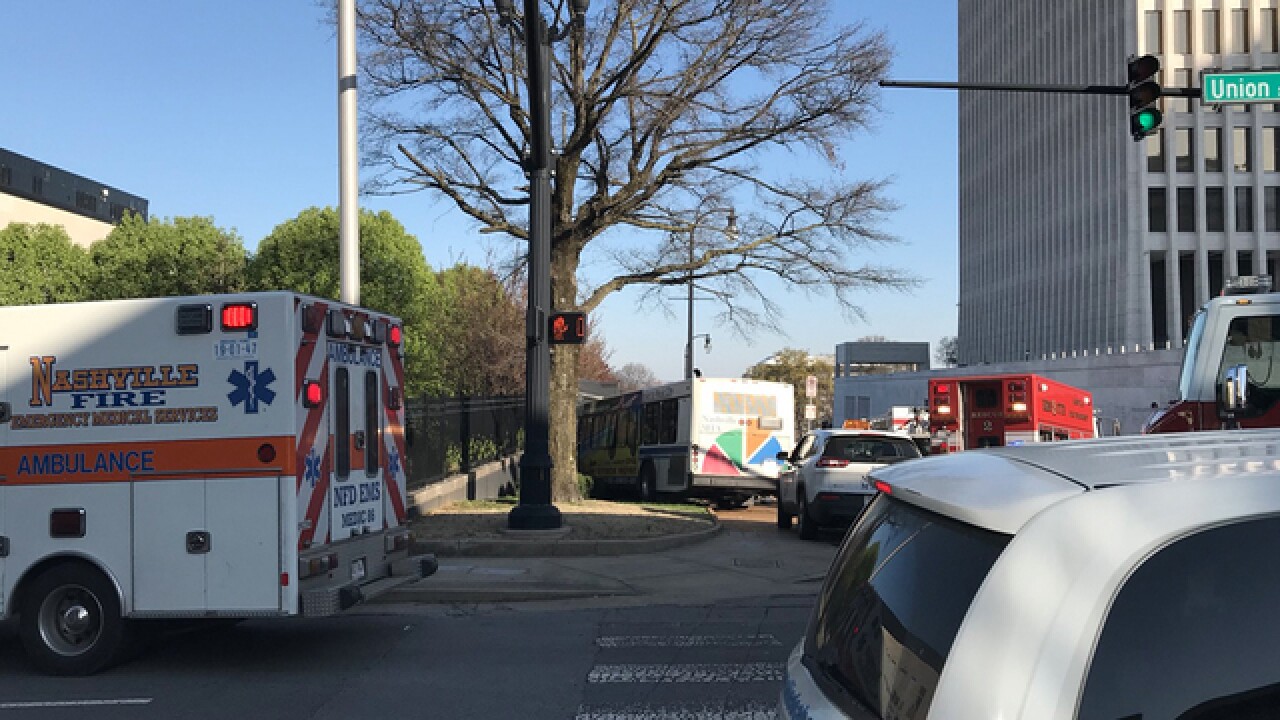 Nine people were injured in a crash involving an MTA bus in downtown Nashville.

The incident was reported at 8:08 a.m. Thursday on 8th Avenue and Union Street. The cause of the crash was unclear.

Nine people -- including seven passengers, the bus driver and the driver of the car -- were taken to area hospitals. All of the injuries were said to be minor.

"Our thoughts and prayers are with those involved in the accident," MTA officials said in a statement.

Metro Nashville Police officers remained on scene. The bus has been towed from the area.