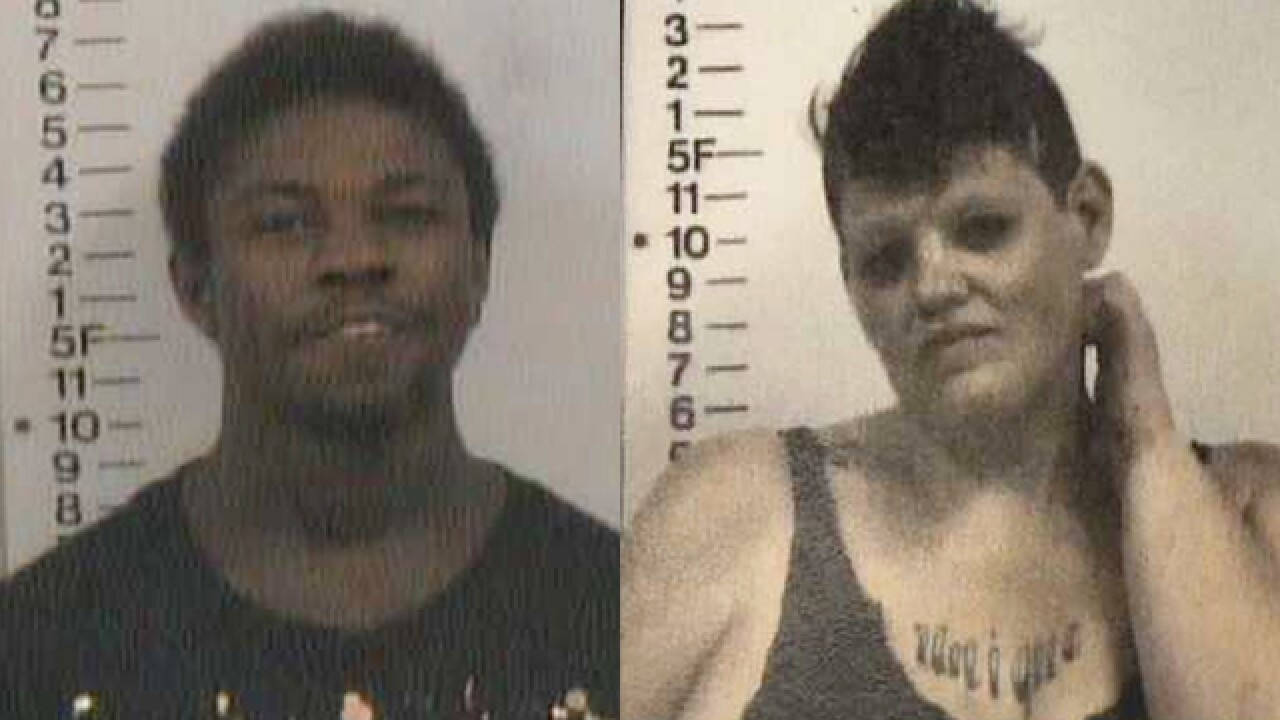 Officials in Putnam County arrested a 24-year-old inmate who escaped from a work crew.

The incident happened around 11 a.m. Friday as the work crew was cleaning at the Putnam County Animal Shelter.

Reports stated Shunton Cortez Reed escaped in a dark blue Jeep Compass while accompanied by a woman, identified as 38-year-old Dawn Rodriguez, and an unidentified man.

Reed was considered a nonviolent offender. He has previous criminal charges of violation of probation, evading arrest, and various drug charges.

Shunton Reed and Dawn Rodriguez were found and taken into custody by Putnam County Sheriff’s Office Deputies, members of the US Marshals, and the Jackson County Sheriff’s Department around 2 p.m. Friday.

After tracking down several leads, investigators visited a home on Dyer Cemetery Road in Jackson County.

They found Justin Eldridge and a dark blue Jeep Cherokee out in the front yard. Dawn Rodriguez then walked outside and was arrested. Deputies then searched the home and found Reed hiding in the living room on a couch underneath some blankets. Reed, Rodriguez, and Eldridge were taken into custody.