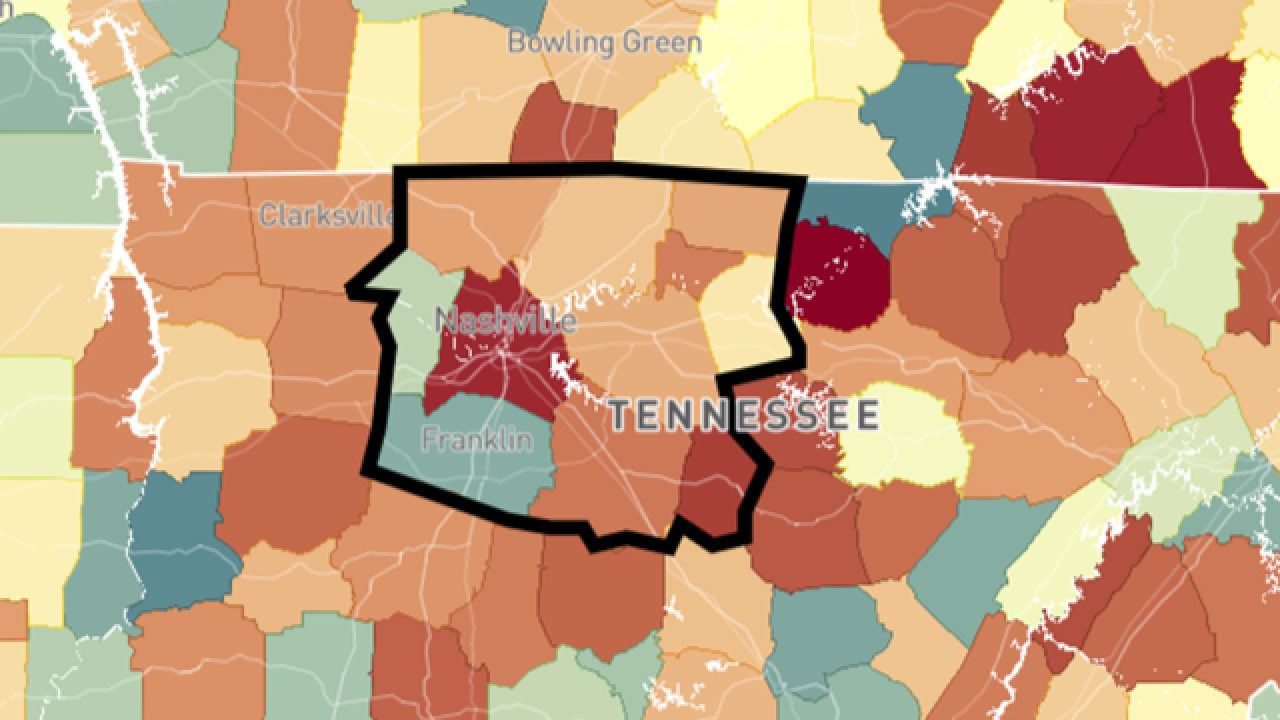 An interactive map from the Census Bureau shows while most of the Nashville area is on the rise, there are many areas being left behind.

The map combines its own data with that of researchers from Harvard and Brown Universities who've been studying the issue of how the neighborhood you were raised in affects life outcomes. Researchers say that ultimately they hope it will crack the code on a persistent problem: some kids being left behind due to the zip code they were born in.

The data is very detailed and includes things like household income, incarceration rates, and education level. It can go as broad as you like or right down to the street level. Here's what we found:

Buena Vista Heights is a mere 8 miles from Belle Meade, but might as well be a world away. Residents of the North Nashville neighborhood (census tract 47037013700) live in households that get by on just $19,000 a year. That number dips to $17,000 for individuals. The closeness of the median incomes for household and individuals suggest that most households are getting by on a single income earner making below the poverty line.

By contrast, residents in Belle Meade are doing considerably better. Individuals there live in households that make a median $77,000 per year. For individuals, that drops down to $46,000, meaning that the average household has two wage earners.

It's known on the map by the innocuous name of Tract 47037014800. But to those in Nashville, the area is home to two of Music City's most notorious public housing developments: Tony Sudekum Apartments and J.C. Napier homes.

Among the census tracts in Nashville it has the highest incarceration rate of 12% - meaning more than one in every ten children will spend time behind bars. That jumps to an astonishing 22% when adjusted for males. That's in the 100th percentile nationwide, making it one of the worst in the nation.

Many Rural Areas Struggle To Keep Up

Zooming out to the county level it's clear to see that many rural areas aren't faring much better, albeit in different categories. High School graduation rates drop considerably outside of the Nashville suburbs. Bedford County has the lowest rate in the mid-state at 78% (Houston and Trousdale weren't far behind at 79%).

Bedford is also among the lowest among mid-state counties in college graduation rates at just 23%, but is outpaced by Perry County which graduates just 9% of its children from college.

Teen birth rates tend to be higher county-wide in rural areas as well, with 33% of Houston County teens giving birth. Compare that to Williamson County where the teen birth rate is just 8.6%.