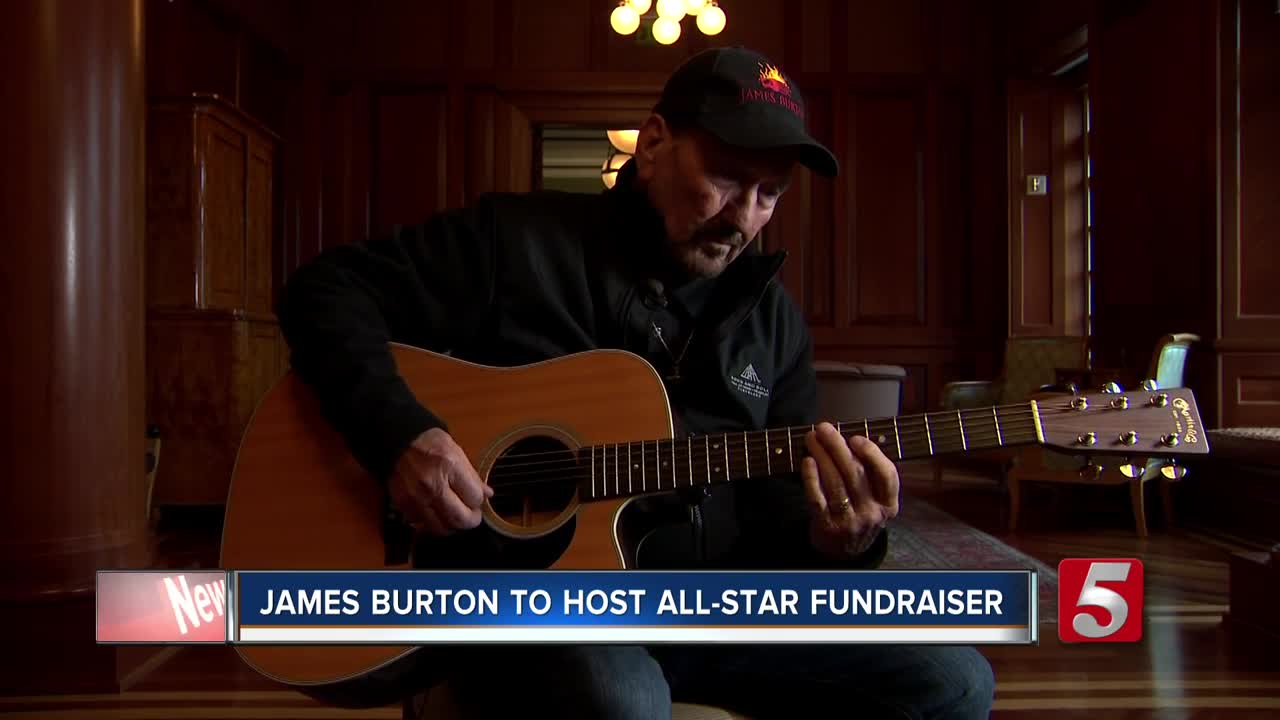 Rock and Roll Hall of Fame member James Burton is bringing his friends and fellow legends to Nashville for an all-star show Tuesday night, with Rock and Roll meeting Country. 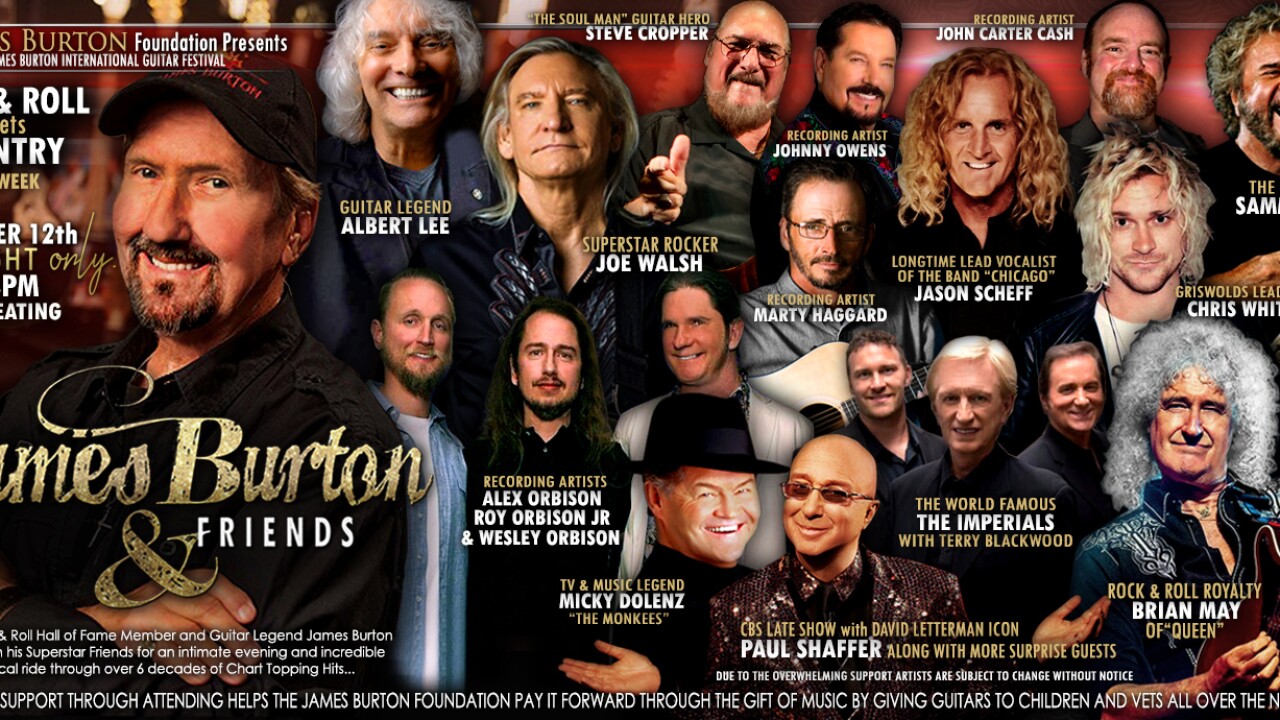 Burton is known as one of the best guitar players to ever live, playing alongside Elvis with his pink paisley Fender Telecaster, serving as an original member of Emmylou Harris' Hot Band, recording numerous iconic guitar parts for Merle Haggard, The Monkees, and The Beach Boys, as well as playing with John Denver, Johnny Cash, Frank Sinatra, and numerous other artists.

Through his incredible career, he's met plenty of other legends that have both been inspired by Burton's playing, as well as played alongside Burton at one time or another.

Burton called up many of his friends, including Joe Walsh, Brian May of Queen, guitar legend Albert Lee, Steve Cropper, Sammy Hagar, and numerous others, to come out to Nashville for a show that benefits the James Burton Foundation.

“All these friends, we’re all family, and when we get together and play, it’s the happiest thing ever," Burton said of the lineup, which also includes family members of Johnny Cash, Merle Haggard, and Roy Orbison, all of whom Burton played with during his career.

The show on Tuesday night will be filled with Burton's friends coming on stage to play songs that Burton played on during his career, which includes songs like Merle Haggard's "Mama Tried."

“It could be Johnny Cash, it could be Tom Jones, it could be Ray Charles," Burton said of which artist they would play songs from during the show.

Burton said the show is about more than having a fun time with friends and putting on a great show for the audience. It's about raising money for the James Burton Foundation, which provides guitars to both veterans, and kids across the nation.

“I wanted to help the kids out, I wanted to do something for the kids," Burton explained.

The kids receiving guitars is extra special to Burton because if he hadn't gotten a guitar when he was a kid, his whole career wouldn't have happened.

“My mother said when I was a little bitty boy I’d run around the house beating on broom sticks and everything," Burton said, adding that his mother knew he'd be a musician of some kind. “She heard me singing one day, and that turned to be a no-no.”

When Burton was given a Fender Telecaster in the early fifties, it changed his life, and he knows it can do amazing things for others as well.

"It’s the universal language of the world," Burton said of music. "One guitar in the hands of a small child could change their life forever.”

Tickets for the James Burton and Friends all-star show are available online. The show starts at 8 p.m. at the Schermerhorn Symphony Center.