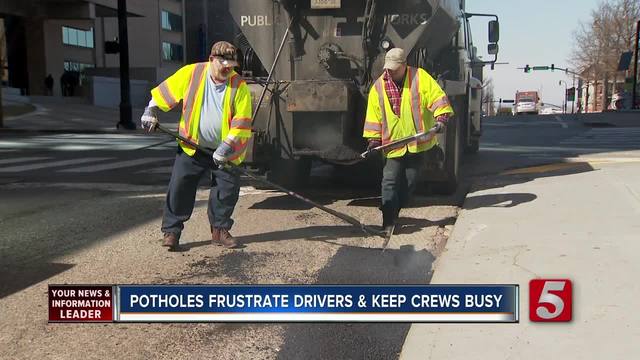 There have been more potholes repaired in Davidson County so far this year compared to last year, according to Metro Public Works. Data released showed there were 2,479 pothole repairs in January compared to 2,229 last year. 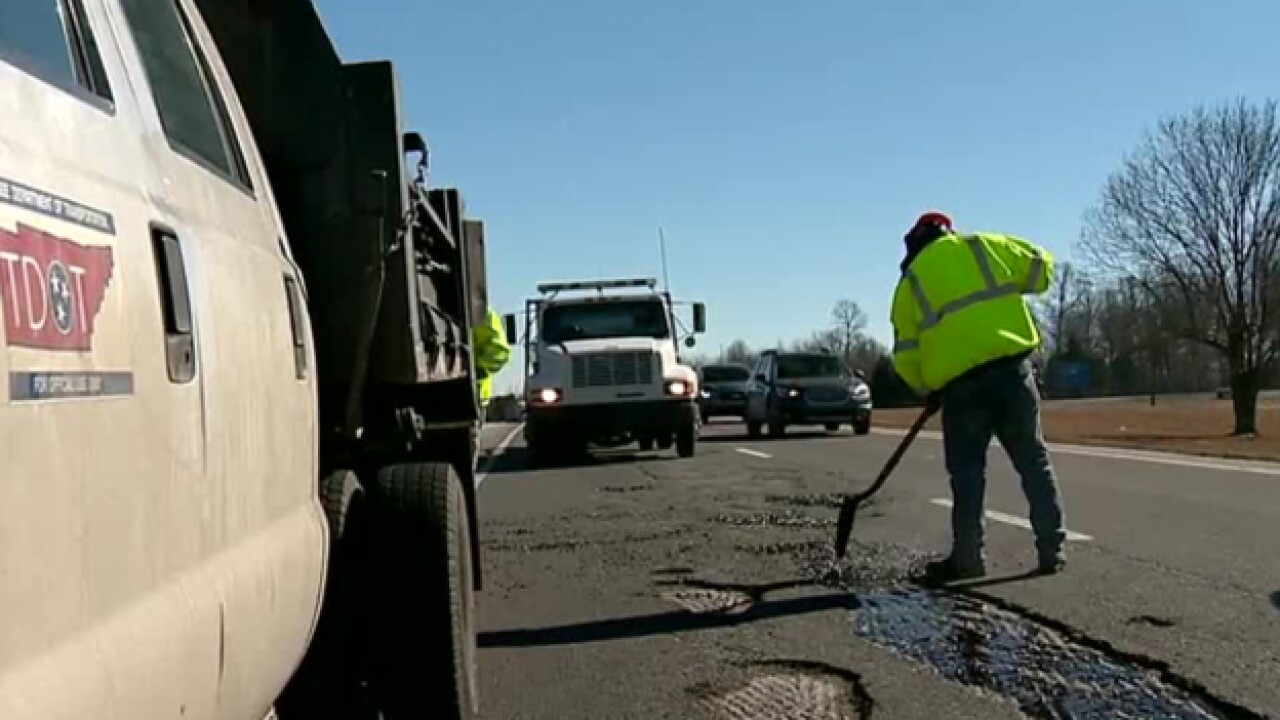 There have been more potholes repaired in Davidson County so far this year compared to this time last year, according to Metro Public Works.

Data released showed there were 2,479 pothole repairs in January compared to 2,229 last year.

"Potholes in a city this size is always an everyday thing. We have four patch trucks that run five days a week," said Metro Public Works Assistant Manager Phillip Jones.

Jones said some of the repairs came from citizens reports.

Jones also described Tusculum Road in Antioch, 28th Avenue North, and 3rd Avenue North in between Union and Broadway as some of the bad roads in the city.

"Like today, if I get 20 service requests, we stay until they're complete. We try to fix all potholes turned in within 24 hours," added Jones.

For the Tennessee Department of Transportation, it is also a never-ending problem.

Three crews work Monday through Friday and sometimes at night to patch potholes caused by the weather.

While the mix is not a permanent solution to the potholes, a TDOT spokesperson said there are plans to resurface much of the inner downtown loop and Interstate 24 from a part of Davidson County to Robertson County by the summer.

NewsChannel 5 asked viewers on Facebook where they saw the worst potholes. An overwhelming amount replied saying Interstate 440 was the worst.

TDOT said I-440 will undergo a major three-year makeover starting this summer that will include widening lanes and replacing asphalt.

Call TDOT pothole repair at 615-350-4300 to report a pothole on state roads or interstates.