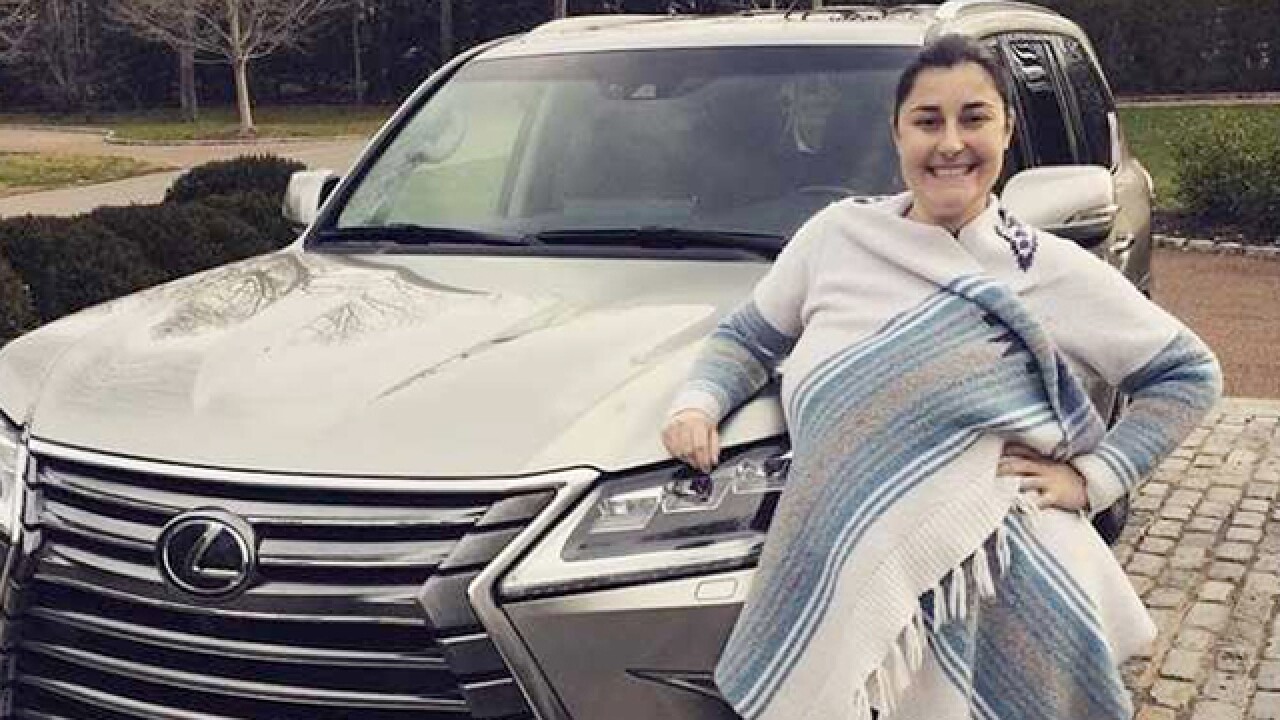 Copyright 2018 Scripps Media, Inc. All rights reserved. This material may not be published, broadcast, rewritten, or redistributed.
&lt;p&gt;Courtesy: Jenny Gill on Instagram&lt;/p&gt;

Jenny Gill, the daughter of Vince Gill, reportedly had her vehicle stolen from 3rd and Lindsley before her show over the weekend.

She reportedly went back outside to grab something, and her vehicle was gone. It’s a 2017 silver Lexus LX 570.

Gill said it was unlocked, but she added the key was not inside. She found a bicycle where her vehicle had been.

On Facebook Live, Gill said she felt violated after police didn’t respond to her initial call. She stated she called them four times after her show and was told they had to respond to other calls of robberies first.

Gill stated she had 150 CDs in the car, as well as car seats for her kids. Further details have not yet been released by authorities.