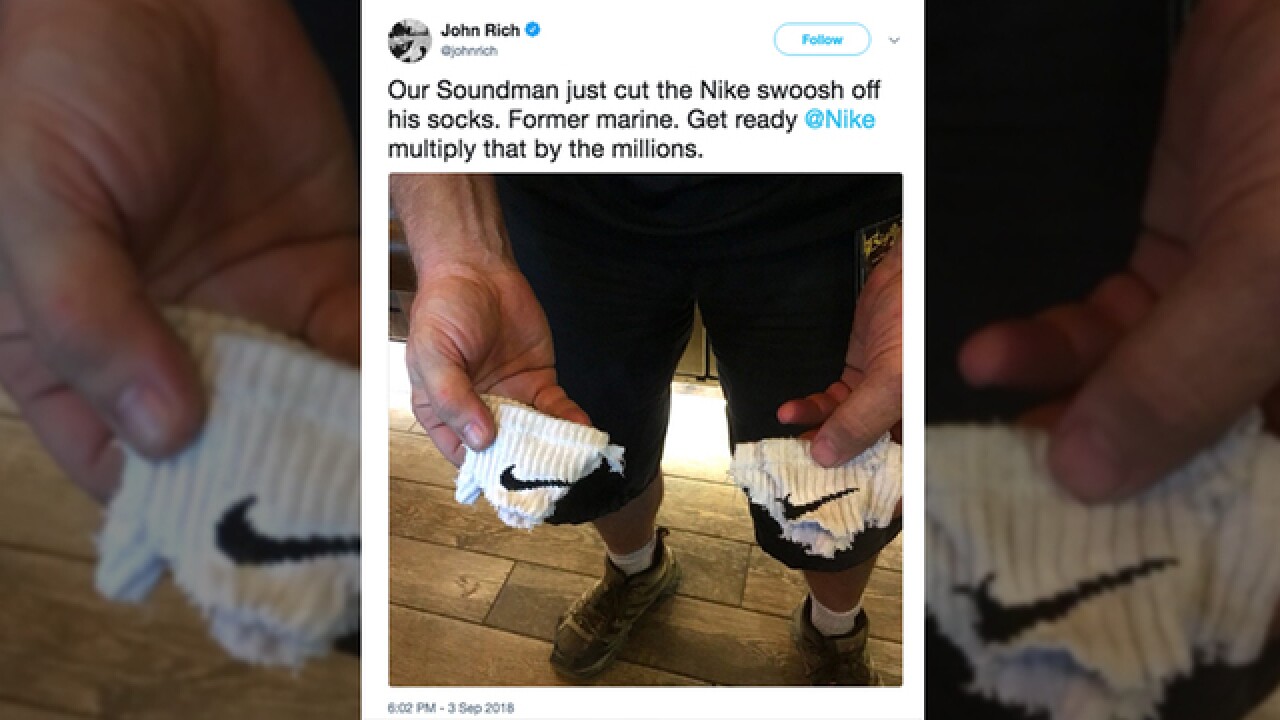 Copyright 2018 Scripps Media, Inc. All rights reserved. This material may not be published, broadcast, rewritten, or redistributed.
&lt;p&gt;Photo: Twitter &lt;/p&gt;

Following Nike’s decision to make Colin Kaepernick the face of its 30th anniversary “Just Do It” ad, country singer John Rich went on a Tweet storm condemning the announcement.

The former San Francisco 49er has not played in the NFL since the 2016 season. That year, he began kneeling during the National Anthem to raise awareness about police brutality against African-Americans and other racial injustices.

Nike's decision has been heavily criticized by right-wing customers, with some posting videos to social media of them burning and cutting up their Nike attire , according to CNN.

After the ad began making the rounds on social media, Rich responded with a series of Tweets:

Our Soundman just cut the Nike swoosh off his socks. Former marine. Get ready @Nike multiply that by the millions. pic.twitter.com/h8kj6RXe7j

Pride goes before a fall. Watch @nike stock by this time next week. https://t.co/lh6ATTNwVi

Yea, and he's burning them as soon as we get to Nashville. You can bet your ass on that big shot. https://t.co/l7jJULVRSU

I support every American's right to protest whatever they want. However, if you endorse someone who wears #PIGSOCKS that's where you lose me. If @nike wants their "swoosh" to be associated with calling our police "Pigs" then so be it. I have a right to not buy their products.