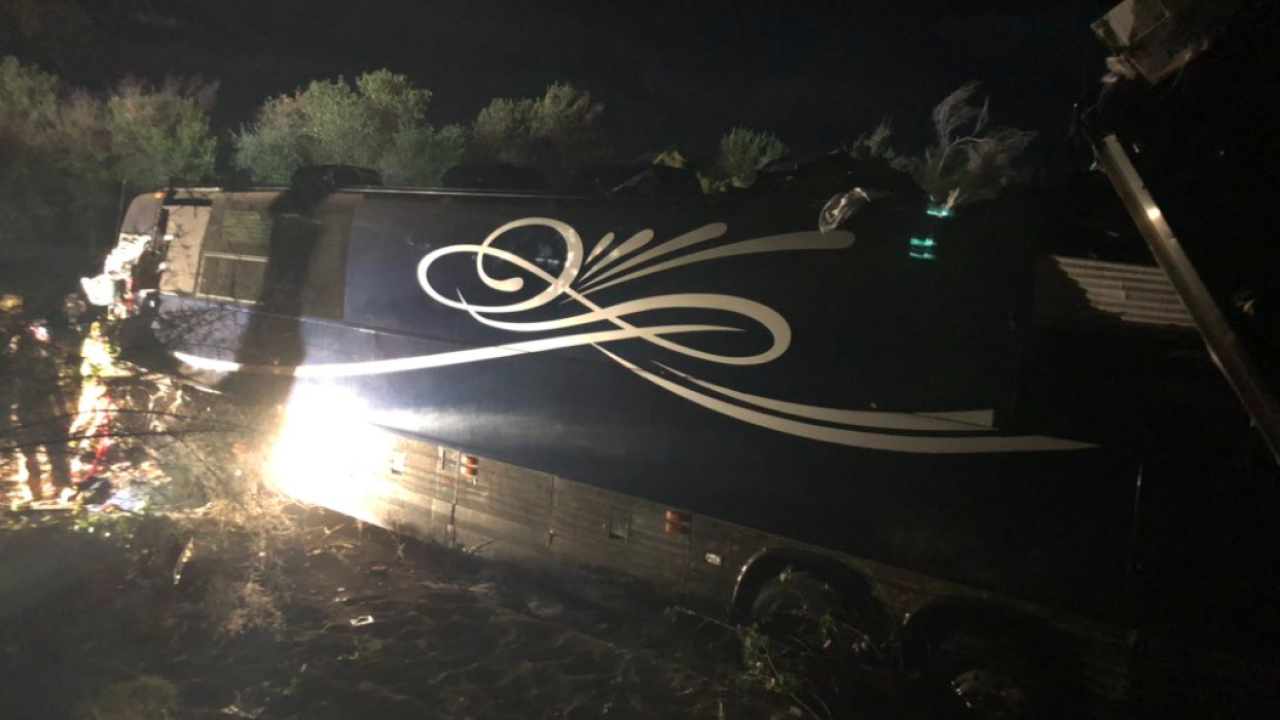 NASHVILLE, Tenn. (WTVF) — Country singer Josh Turner has postponed all of his remaining tour dates in September after his road crew was involved in a bus crash in California.

The California Highway Patrol said the tour bus left Turner's concert at Vina Robles Amphitheatre Wednesday night and, for unknown reasons, the driver left the road and drove 20 yards through vegetation until he hit the riverbed.

Josh Turner and his road family have suffered a devastating loss. Please keep the crew, band and Josh in your thoughts and prayers.

All remaining shows in September will be rescheduled for a later date.

According to first responders, the bus launched off an 80-foot cliff and hit the sand. As a result of the impact, numerous passengers suffered major injuries.

Two were ejected and one of them died. Emergency crews say the driver was extracted and transported to Cottage Hospital in Fresno by air.

The tour bus was en route to Washington State.