The Metro Sports Authority approved the $192 million contract to build the MLS stadium in November 2018. 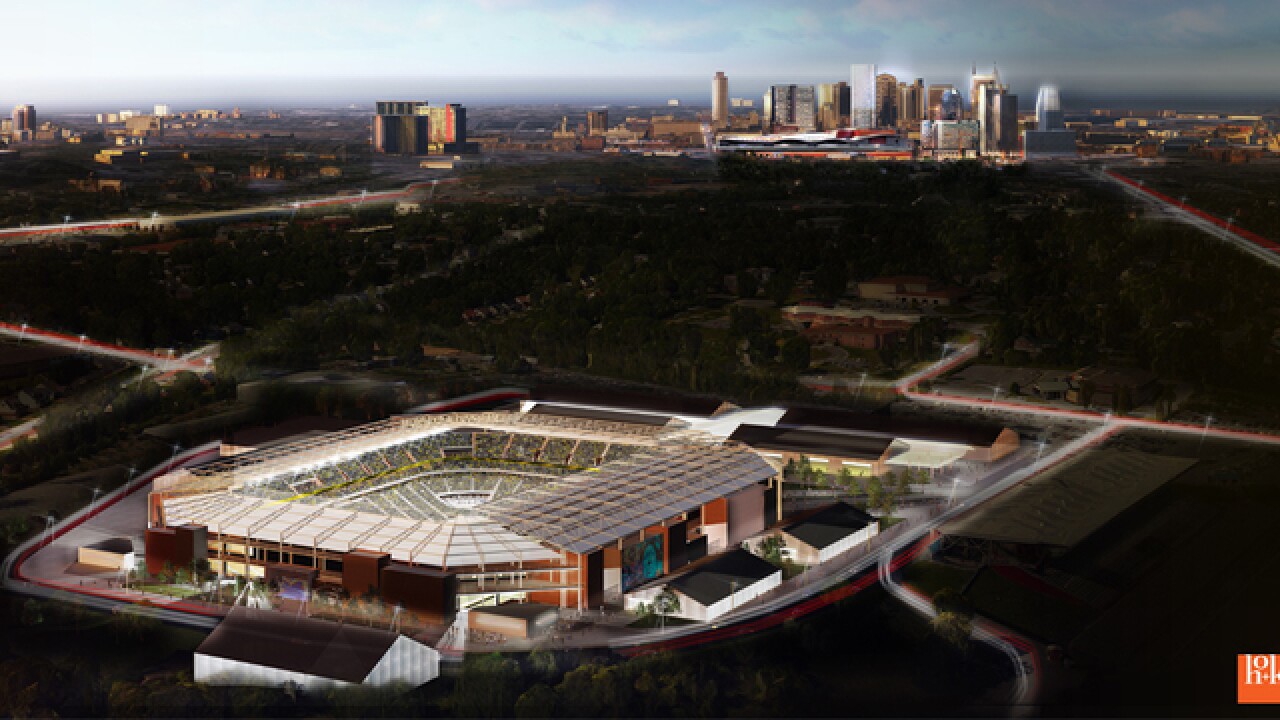 NASHVILLE, Tenn. (WTVF) — A judge has ruled that the contract to build Nashville’s Major League Soccer stadium at The Fairgrounds is invalid because the Metro Sports Authority failed to give adequate notice of the public meeting.

The Metro Sports Authority approved the $192 million contract to build the MLS stadium in November 2018.

"Everything about his deal is corrupt, everything about it is wrong, wrong for Nashville; this is absolutely rape of Nashville as I call it," said Jim Roberts, plaintiff attorney.

As a result, the contract for the soccer stadium will not have to be rebid. However, the Sports Authority will have to reschedule a meeting, provide adequate public notice and conduct another vote on the contract.

Duane Dominy is the first name on the lawsuit and a member of the Save our Fairgrounds and a the Nashville Flea Market Vendor Association.

"Our government has a responsibility to follow its laws, said Dominy, "Metro and the soccer promoters quite frankly have been arrogant through this whole process."

The suit was filed by Leo (Kwame) Lillard, Duane Dominy, the Nashville Flea Market Vendors Association and Save Our Fairgrounds.

Bob Cooper, Metro Director of Law, provided the following statement: “We respect the Chancellor’s decision and await remedial action by the Metro Sports Authority to reaffirm its approval of the stadium contract.”

NewsChannel 5 has also reached out to Nashville Soccer Club to find out what that means for the construction already taking place.