Erin Andrews has been awarded $55 million by the jury in her civil case. The hotel operator, hotel owner, and Michael Barrett were all found at fault.

A jury has awarded Erin Andrews $55 million in her lawsuit over a secretly recorded nude video that a stalker took of her in a hotel room and posted online.

The sportscaster and co-host of the TV show "Dancing with the Stars" filed a $75 million lawsuit against the convicted stalker who filmed Andrews, Michael Barrett, and the two companies that owned and operated the Nashville Marriott at Vanderbilt University when secretly-recorded videos were taken of Andrews in September 2008.

Prior to this trial, Barrett pleaded guilty to stalking Andrews in three cities, altering hotel room peepholes in Nashville and Columbus, Ohio, and taking nude videos of her and posting them online. Barrett served 20 months in jail.

On Friday, Andrews' attorney argued Barrett wouldn't have been able to record Andrews if the hotel had taken proper precautions in keeping her information private and having proper security at the hotel.

However, the defense argued that Andrews' legal team was trying to tie the hotel to Barrett – claiming he was the only one at fault, not the hotel.

A press conference was held following the verdict.

The defense answered questions in the press conference. Attorney Marc Dedman said their team was disappointed in the verdict. 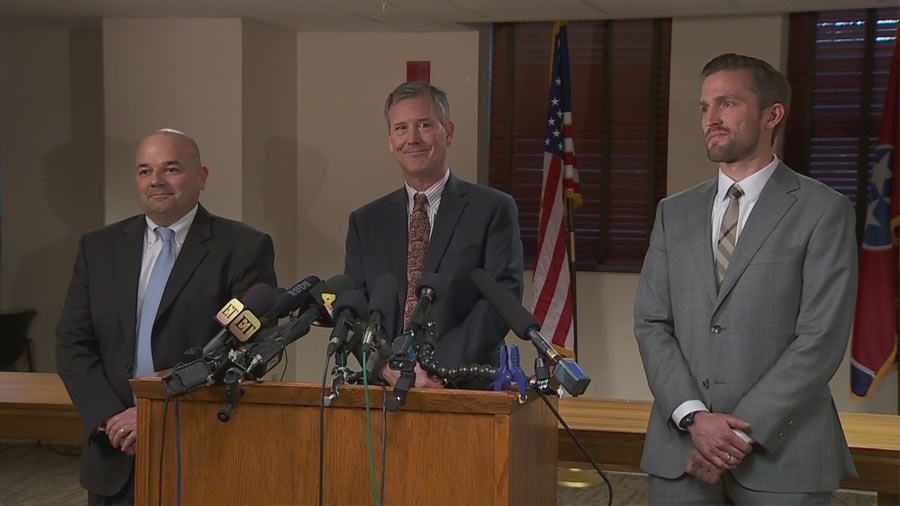 He said what happened to Andrews was a crime - a fact that was not in dispute - but question was if the hotel management company and owner was involved in that crime.

Dedman went on to say, "We believe that what Mr. Barrett did was unforeseeable." Pointing out that the hotel group should not have been made responsible.

The Plantiffs decided not to speak in the press conference, but spoke to reporters in the hallways where they called Andrews an "American hero."

Andrews released a statement on social media shorty after the verdict was delivered.