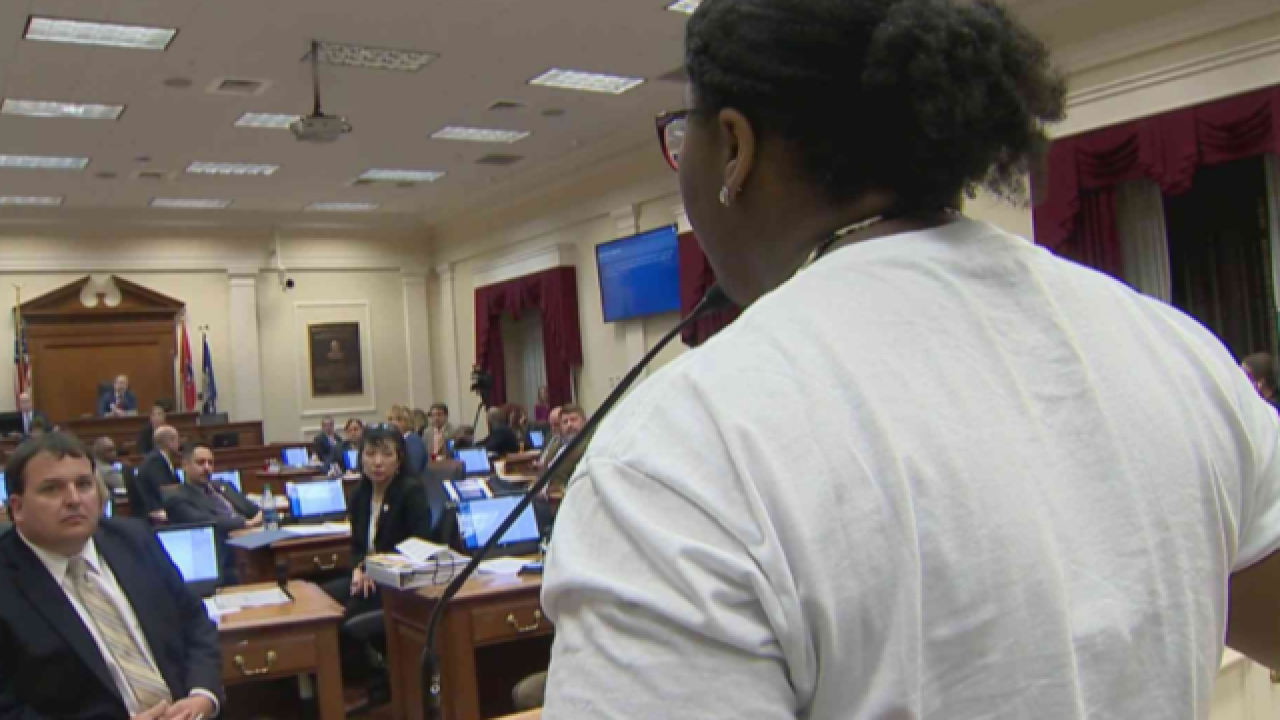 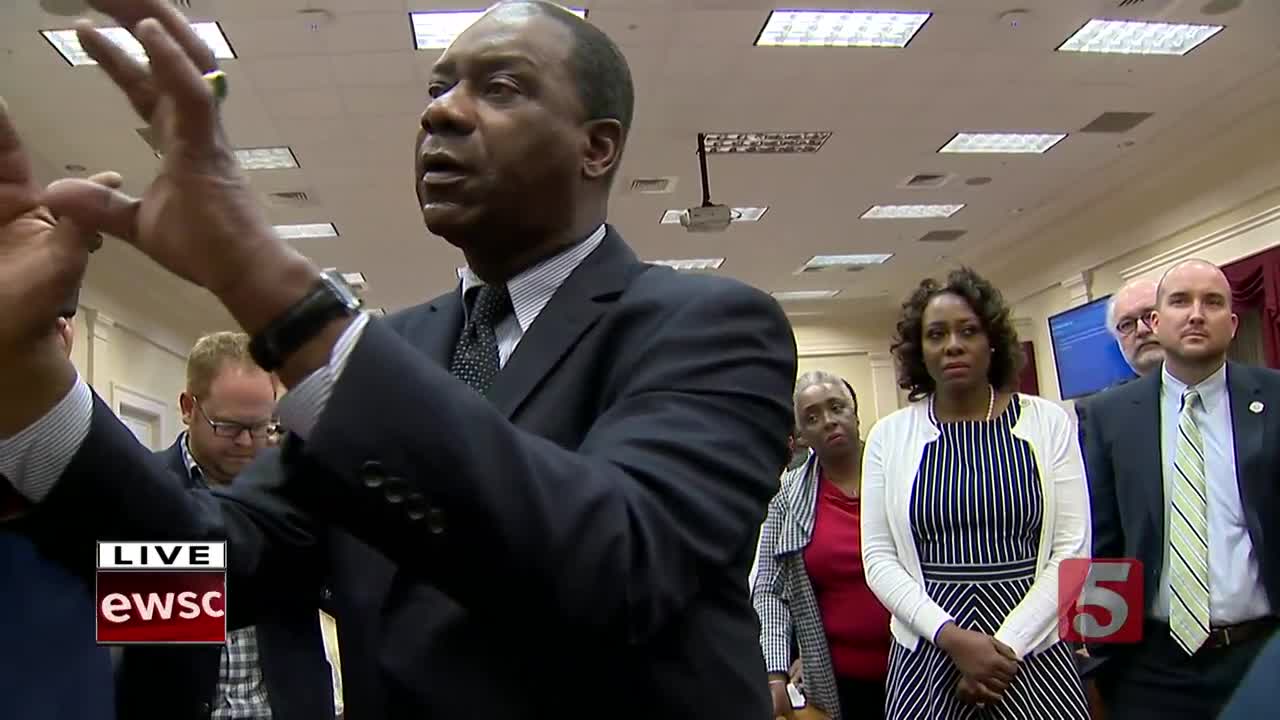 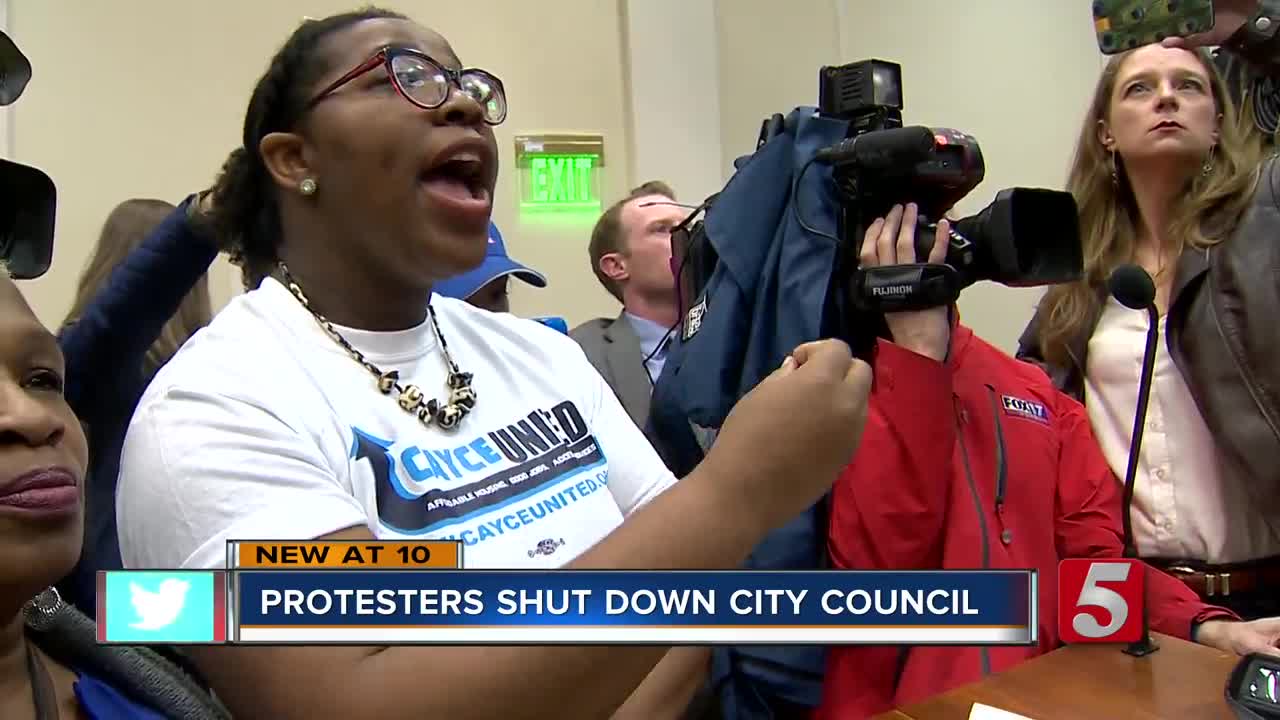 Protesters from a "Justice For Jocques" rally and march brought a Metro Nashville Council meeting to a standstill.

The rally began Tuesday night at Legislative Plaza. The crowd held signs saying "black lives matter" and "No justice. No peace. No justice for Jocques."

They also handed out a sheet of paper outlining their demands, which included the firing of Officer Josh Lippert, and the use of body cameras by the police department.

Jocques Clemmons was killed by Officer Lippert when a traffic stop turned violent.

Marchers walked to the Metro Nashville Council meeting to voice their demands to council members.

One protester read those demands to council members, but the crowd grew restless when council tried to cut her off so that they could continue with their planned agenda.

Protesters chanted "shut it down" and "change the agenda" in response until council members agreed to give them 20 minutes to speak at the end of the meeting.