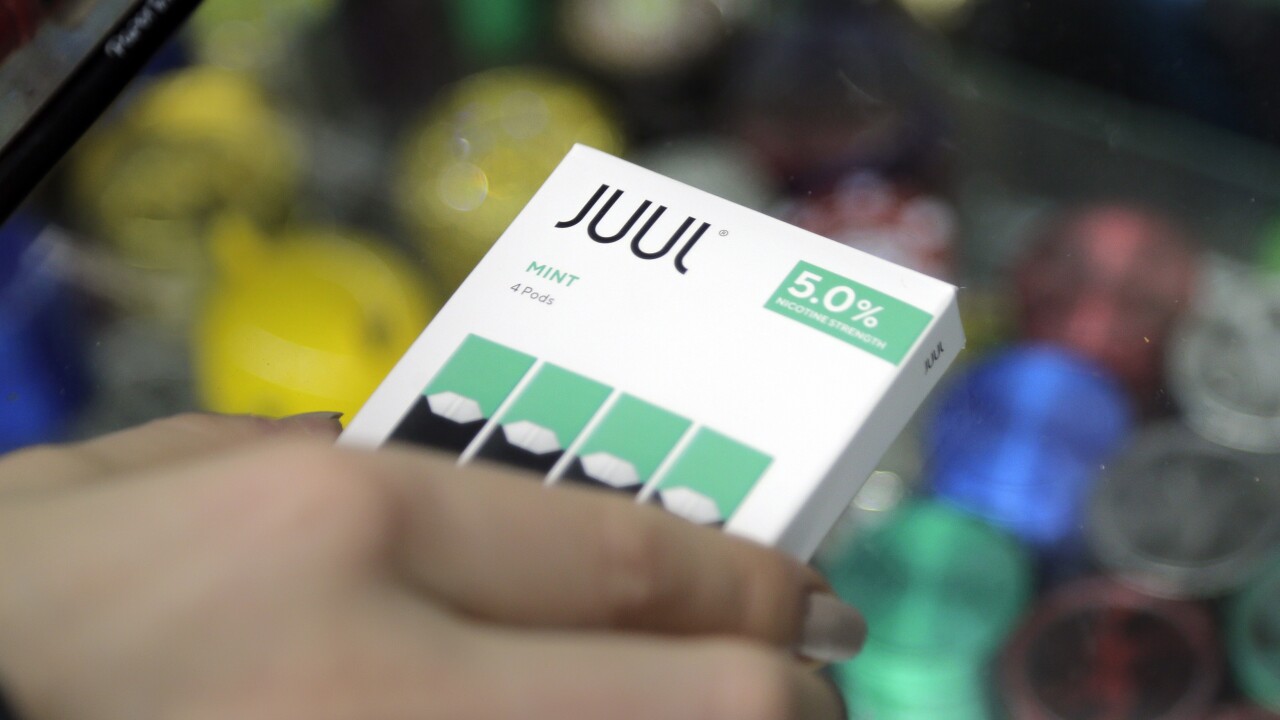 Seth Wenig/AP
FILE - In this Dec. 20, 2018, file photo a woman buys refills for her Juul at a smoke shop in New York. The e-cigarette maker Juul Labs said Thursday, Nov. 7, 2019, that it will halt sales of its best-selling mint-flavored vaping pods. (AP Photo/Seth Wenig, File)

The company said in a statement Thursday the move is in response to new research. The studies released this week showed that mint was the most popular vaping flavor among many high school students who use e-cigarettes.

Federal officials are expected to soon release their plans to remove most vaping flavors from the market to combat the surge in underage vaping.

After stopping mint sales, Juul will only sell menthol and tobacco flavors.