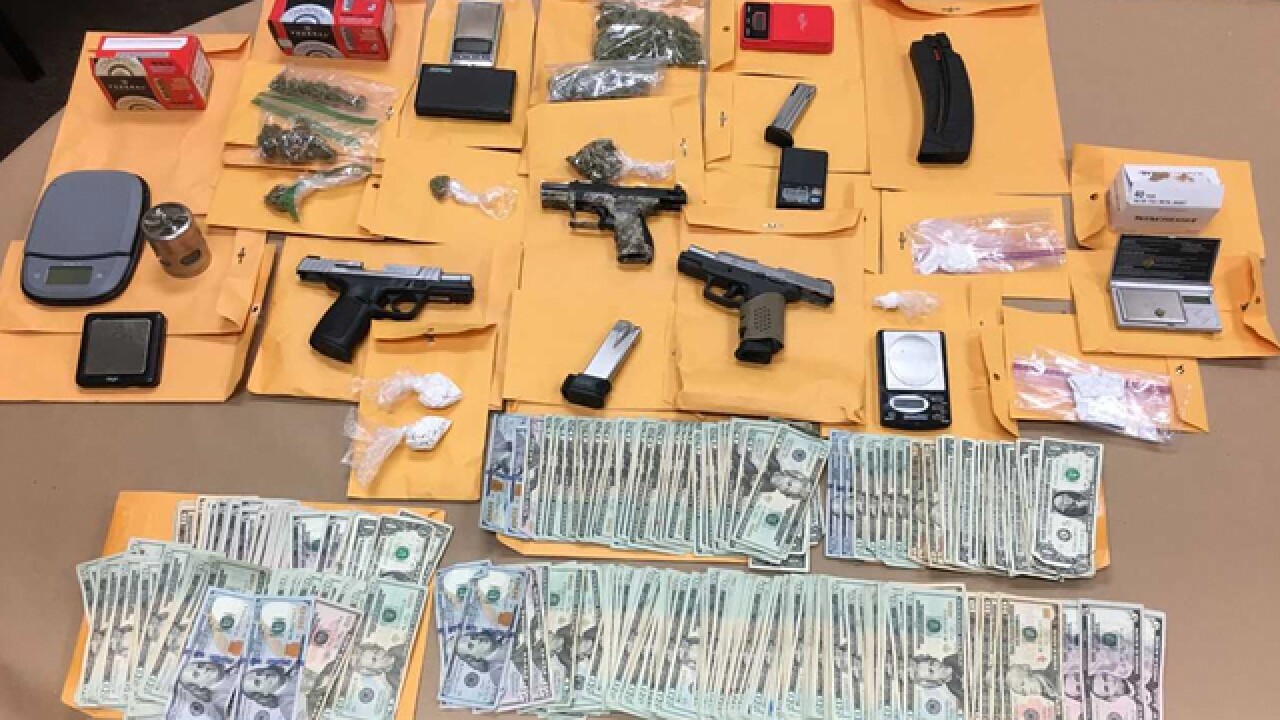 A juvenile was among at least six arrested after drugs, cash and guns were seized from a home in Mt. Juliet.

Officials said they executed a search warrant at the South Mt. Juliet Road home back on September 20. They were looking for evidence in connection with a series of vehicle burglaries in Davidson and Wilson counties.

Fifteen people, including a male juvenile, were found inside the home – the juvenile had two active juvenile petitions out of Davidson County for aggravated robbery.

Wilson County’s special response team and Lebanon SWAT raided the home and found cocaine, crack cocaine, marijuana, and LSD. Three firearms were also discovered, including one that was stolen from a home invasion in Rutherford County.

The suspects also had large sums of money believed to be from drug distribution.

“We were able to collectively execute a search warrant on a residence where numerous drugs and firearms were present, as well as apprehend a juvenile who was involved in violent crimes out of the Metro area,” stated Sheriff Robert Bryan.