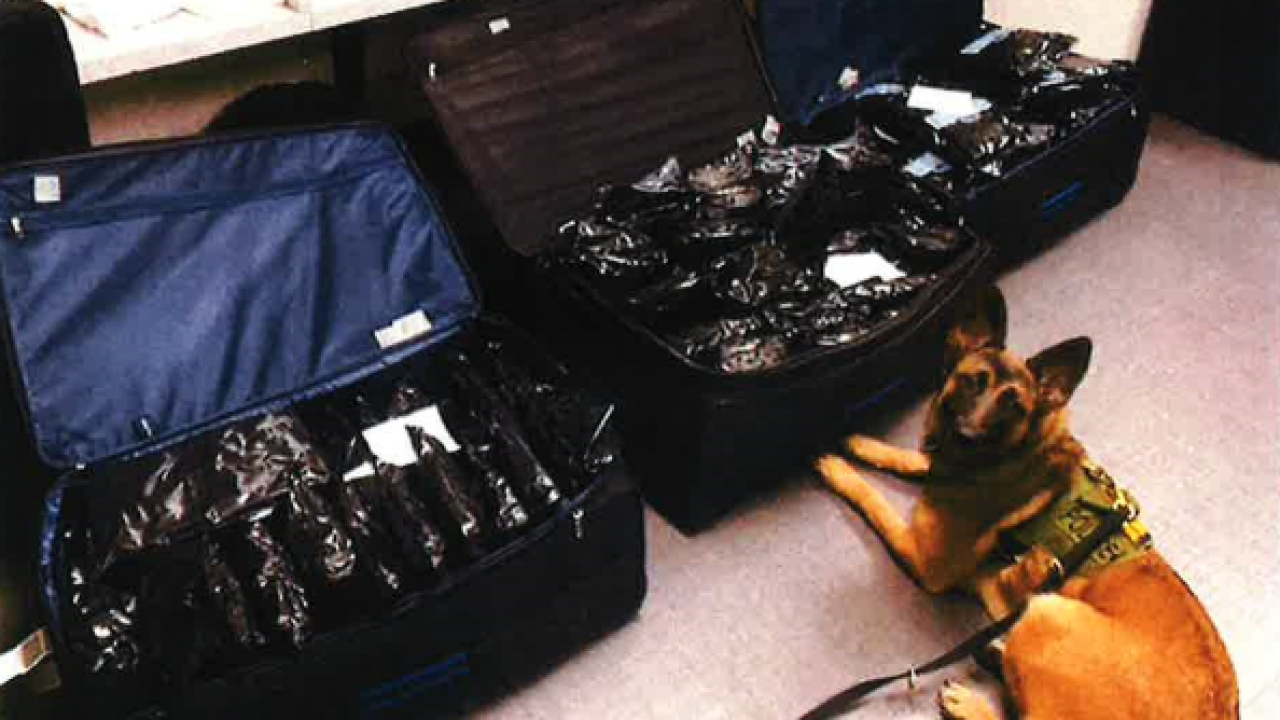 Just last month, K9 Maverick busted a man who hid 84-pounds of marijuana in Christmas wrapping paper in his luggage.

According to an affidavit from Metro Nashville police Kamon Vongrasmy was arrested Tuesday night after he tried to bring in two suitcases that contained marijuana.

He had just arrived on a flight from Seattle when the airport's drug detection K9 Maverick hit on the bags. Inside, police say they found 45 pounds worth of high-grade marijuana in 41 vacuum-sealed packages.

This isn't the first time K9 Maverick has busted a suspected drug smuggling operation. Just last month, he busted a man who hid 84-pounds of marijuana in Christmas wrapping paper in his luggage.