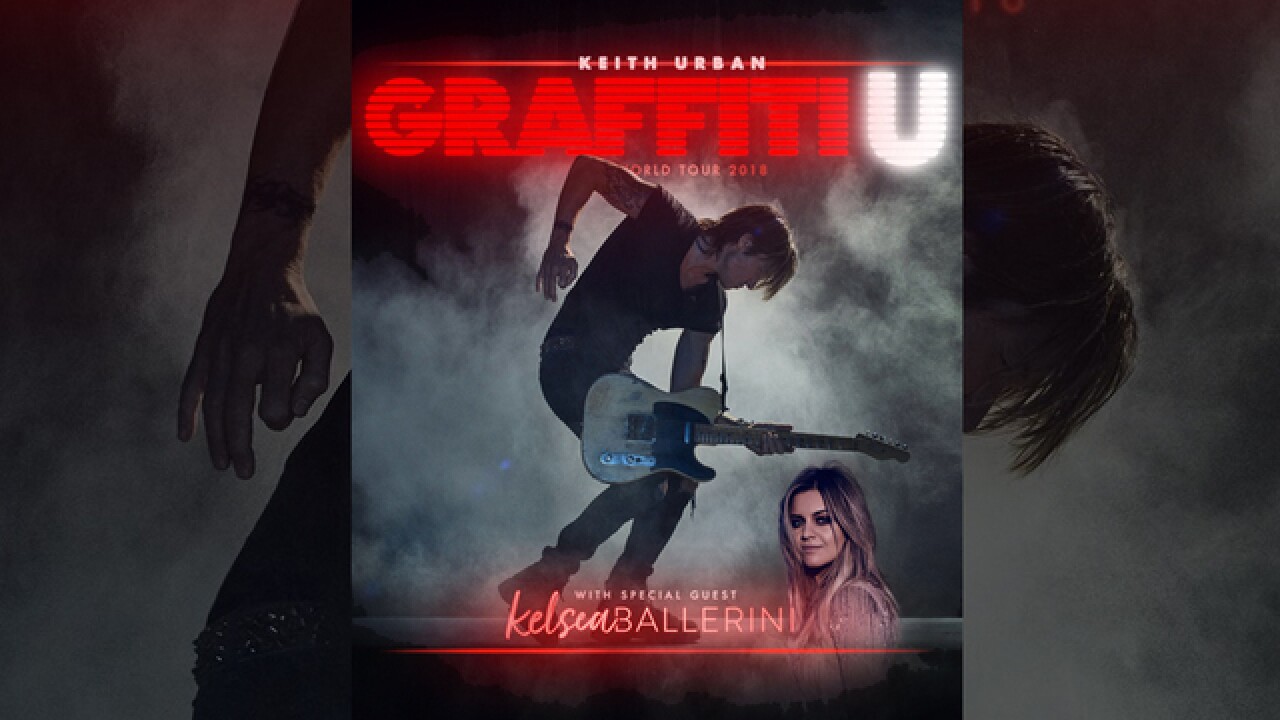 Copyright 2018 Scripps Media, Inc. All rights reserved. This material may not be published, broadcast, rewritten, or redistributed.
&lt;p&gt;Courtesy: Keith Urban&lt;/p&gt;

Keith Urban announced a new album named "Graffiti U" as well as an accompanying world tour at the Exit/In on Wednesday night while playing a free show for fans and live-streaming on Facebook.

Urban announced the popup show on his social media pages, and during the show Urban also announced that he'll be joined on tour by Kelsea Ballerini, who will be opening the majority of the shows.

The night started out with Urban playing some of his biggest hits, before announcing Ballerini as the opener. The two then sang Camila Cabello's "Never Be The Same" together before announcing the tour schedule.

The schedule of the Graffiti U World Tour was announced with the help of Urban's fans. He had people from each city he was touring in send a picture of themselves holding a blank piece of paper, and his team filled that paper with the date and location of the show he planned to play.

The fan was a Belmont student named Ashley, and what happened next was something she'll likely never forget.

When she got to the stage, Urban hugged her, then proceeded to ask her questions about what she was doing a Belmont. When Urban found out she was pursuing a career in music, this happened: “What’s the plan? What’s the end goal? What do you want to do?"

"I wanna be the next country singer," Ashley replied.

"So what do you want to sing? We should sing something! Can we sing something? Is it possible?” Urban said as Ashley stood on stage in disbelief.

Soon, she got confident though and asked Urban if they could sing his hit song "Without You" together, and without hesitation, Urban strapped on his guitar, and the two had a short duet together.

Once they were finished, Urban thought she did such a great job, he invited her to join him at the Bridgestone Arena show (which she helped announce the date of) on August 24 to sing that same song. She, of course, said yes.

Urban and Ballerini continued to play for the crowd following the announcement for much of the night, with a promise that they'll see the crowd once again on the Graffiti U tour.

Tour dates and when they go on sale can be found on Keith Urban's website.