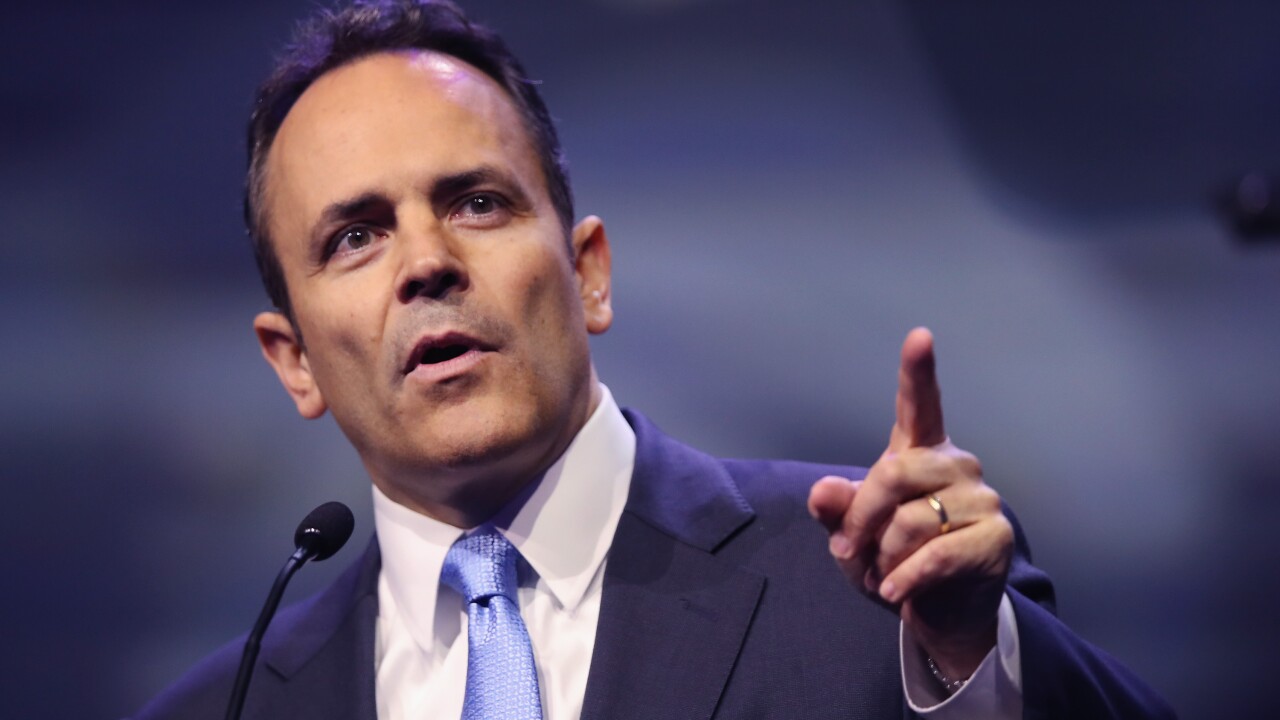 Scott Olson/Getty Images
LOUISVILLE, KY - MAY 20: Gov. Matt Bevin (R-Ky.) speaks at the National Rifle Association's NRA-ILA Leadership Forum during the NRA Convention at the Kentucky Exposition Center on May 20, 2016 in Louisville, Kentucky. The convention, which opened today, runs until May 22. (Photo by Scott Olson/Getty Images)

Bevin was asked about the 16-year-old Swedish activist after he gave a keynote address at the annual meeting of the Southern States Energy Board in Louisville. Bevin said Thunberg was articulate and "very passionate, and she's remarkably ill-informed," a day after the teen gave an impassioned speech at the United Nations urging action on climate change.

Thunberg told world leaders that "we are in the beginning of a mass extinction ."

Bevin said the U.S. shouldn't rush into replacing fossil fuels like coal and natural gas with renewable energy. He said activists like Thunberg lack historical and global perspective and have grown up in a world where electricity is affordable and on-demand.