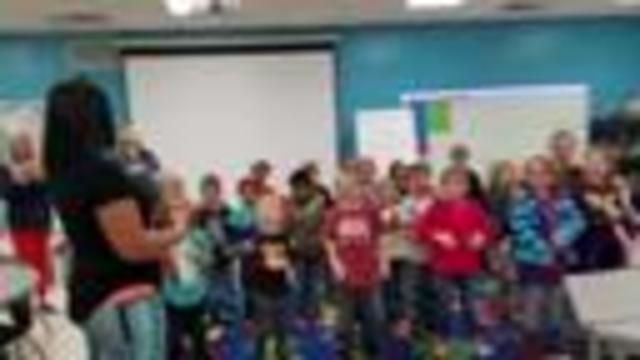 A Hickerson Elementary kindergarten class surprised their friend and custodian by signing "Happy Birthday" to him. 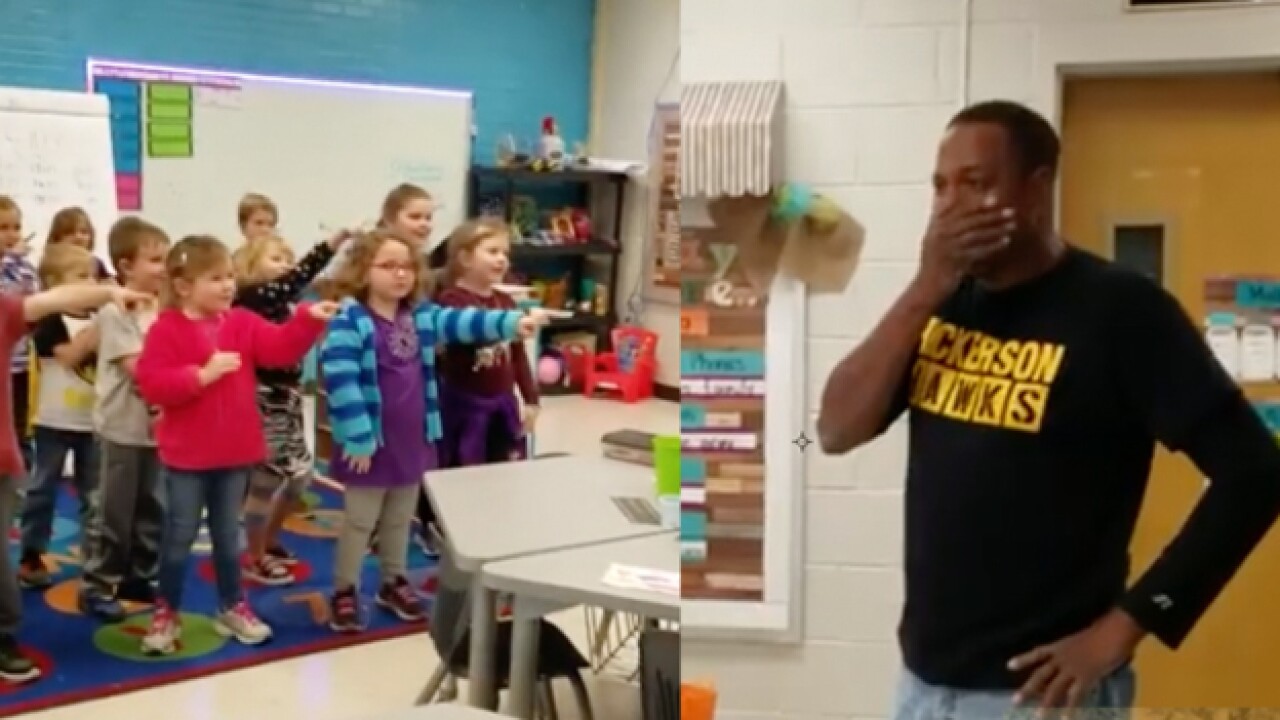 A Hickerson Elementary kindergarten class surprised their friend and custodian by signing "Happy Birthday" to him.

The man is known to the kids at Hickerson as "Mr. James." He is deaf and can be hard to understand, but according to Assistant Principal  Kathy Crabtree, the kids love him and call him a friend.

So when his birthday came around Tuesday, kindergarten teachers Ms. Amy Hershman and Ms. Allyssa Hartsfield decided to make it special.

They surprised him by not only singing, but also signing "Happy Birthday" to him. They posted the video to their school's Facebook page.

He was so surprised that he threw his hands in the air and let out a joyous yell, but only before covering his face to hold back what looks like tears.

"James is awesome and is always saying how much I put a smile on his face, but today he has definitely put smiles on faces all around the world," said Hartsfield.

James has worked as a custodian at Hickerson for 15 years.