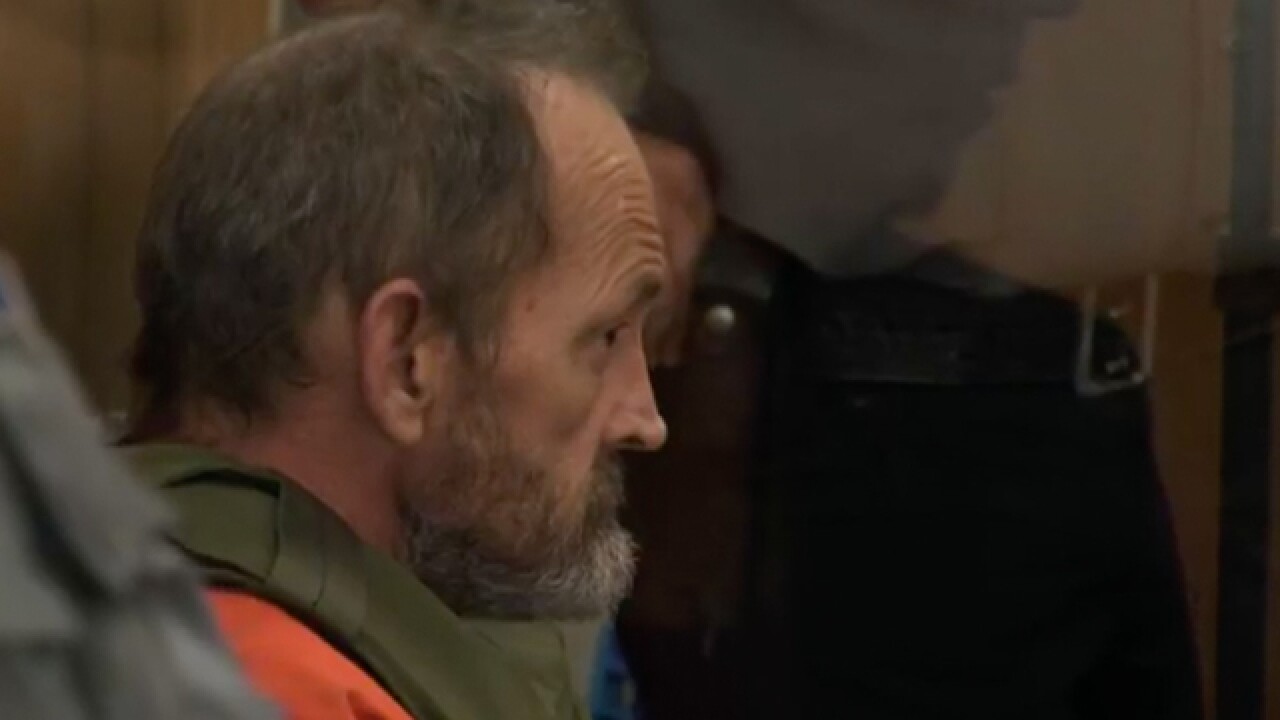 A man who kept a Middle Tennessee community on edge for days is appearing before a judge.

Kirby Wallace appeared in a Dover courtroom at 2:30 p.m. Tuesday.

Teddy Smith took the stand and revealed horrific details from a home invasion in which Wallace has been accused.

Police said Smith and his wife, Brenda, arrived home from church and surprised Wallace during a burglary. Wallace allegedly stabbed Teddy Smith three times and then shot him in the head – grazing his scalp.

Smith then pretended to be dead. Wallace is then said to have stabbed Brenda Smith once.

They were both hogtied before the house was set on fire. Brenda Smith later died as a result of her injuries.

Wallace was on the run for nearly two weeks — wanted in connection with three home invasions and two homicides — before he was finally caught in October.

Wallace was later moved to the state prison in Morgan County due to certain security concerns involving him and other inmates.

The state agreed to take him into custody while he awaits trial, which is a fairly standard procedure for higher profile inmates.