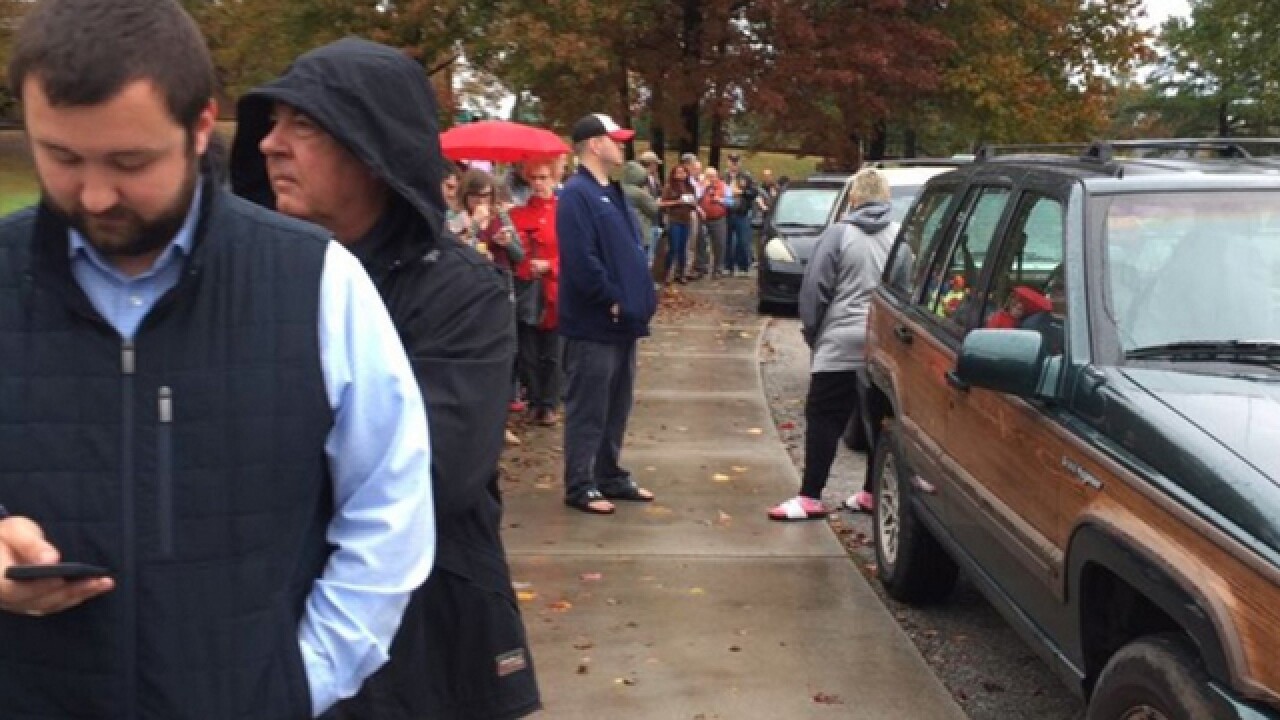 Copyright 2018 Scripps Media, Inc. All rights reserved. This material may not be published, broadcast, rewritten, or redistributed.
&lt;p&gt;Photo: CNN via Stacie Wells&lt;/p&gt;

Power has been restored to polling locations in Knox County after storms moved through early Tuesday morning, forcing voters to use paper ballots.

Secretary of State Tre Hargett said all precincts now have power and people are voting like normal.

Hargett says he’s not sure how many paper ballots were cast, but they’re still not provisional ballots – that means all of those votes will be counted tonight.

According to CNN, people were having to vote outside at Cedar Bluff Middle School in Knoxville. CBS affiliate WVLT also reported that several polling locations are using paper ballots due to this morning’s storms.

Polls open at different hours across the state, but all will close by 8 p.m.

Hargett says there are some provisional ballots that will be counted on Friday but he doesn’t know if that will have an impact on the election.

Polls now open in Davidson County: Here’s what you need to know