Landslide destroys 2 homes in western Tennessee; no one hurt 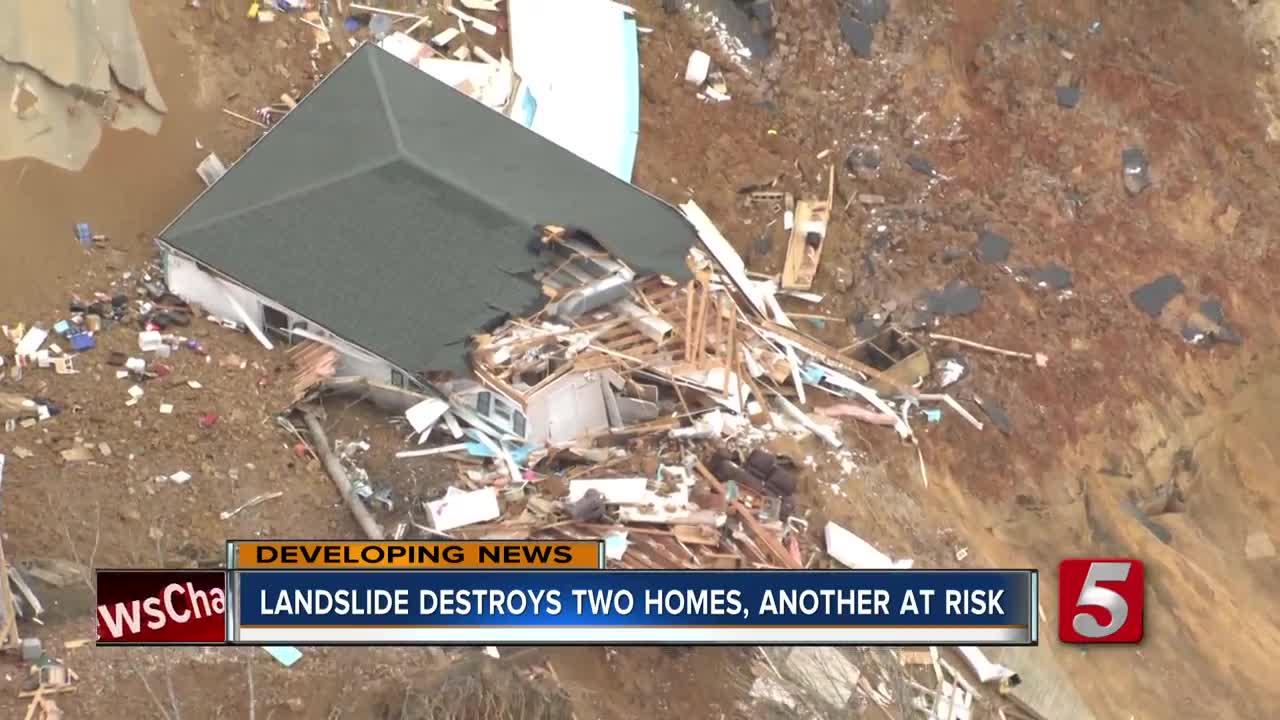 Authorities say two homes were destroyed when a hillside collapsed near a swollen river in western Tennessee. 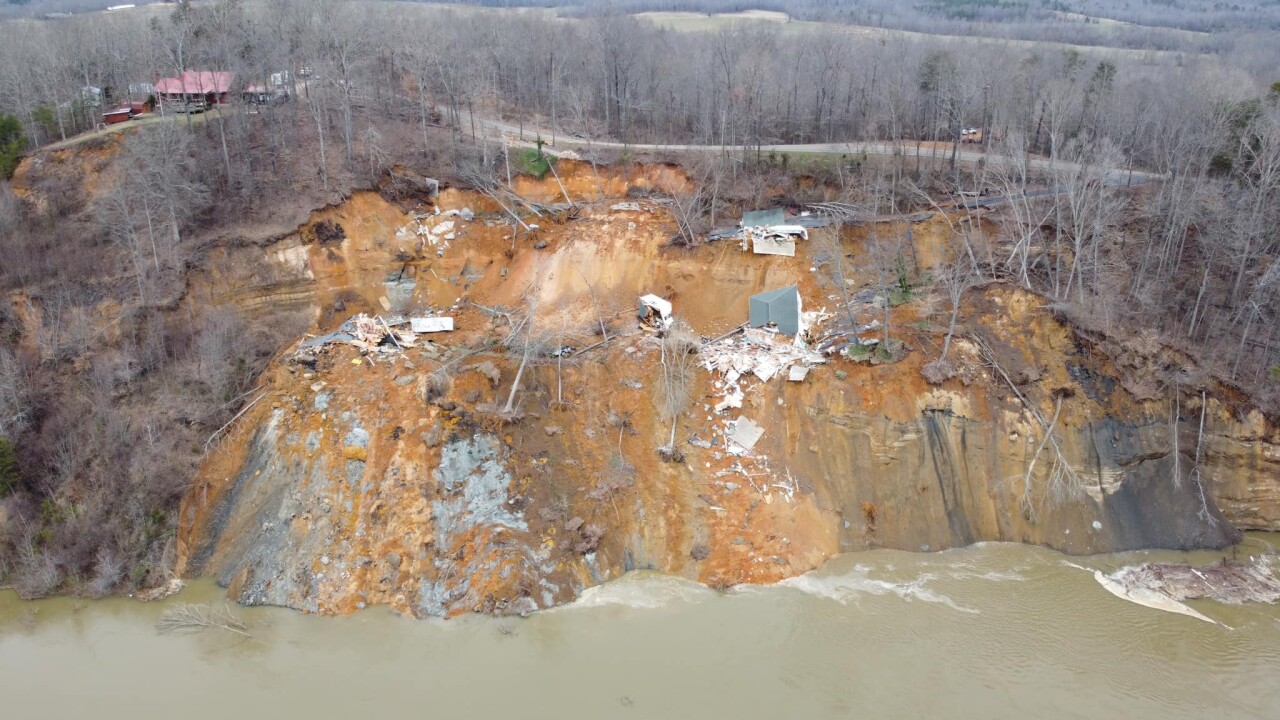 MORRIS CHAPEL, Tenn. (WTVF) — A portion of the road next to where a landslide consumed two homes in Morris Chapel is permanently closed, according to the Hardin County fire chief.

After relentless rain and erosion from the Tennessee River, two homes on Chalk Bluff in the 4200 block of Glendale Road collapsed after the ground gave way. It also took a camper and a Jeep with it about 100 feet below.

The incident occurred late Saturday afternoon after what neighbors describe as “terrible rain.” It happened as the county continues to recover from ongoing flooding and damage from straight-line winds several weeks ago.

“Its kind of been nonstop wetness around here. We haven’t been able to catch a break around here,” Leah Baker told NewsChannel 5.

Baker lives just two homes from where the landslide happened. One house was occupied and the homeowners were safely evacuated. The second home, which was vacant, collapsed down the steep bank an hour later.

“They’re kind of overwhelmed because it took them by surprise. They came home to their porch gone and then they came back that morning and their house is gone,” Baker said.

Hardin County Fire Chief Melvin Martin said the land is sliding slowly. The road will be permanently closed as the county’s highway department investigates. The department has been in contact with the Tennessee Emergency Management Agency in case assistance is requested.

Martin said one of the houses next door is at-risk of being in the same position potentially within to two years.

Polly Walk lives nearby and worries about the safety of her home. Despite living fairly far from the edge, moving into her home three years ago is an investment she intends to keep.

“If it could happen to them, it can happen to us. We’re far enough away but that doesn’t mean it couldn’t happen to us,” Walk said. “When you live your whole life, you save and you buy a home and pay for it, you don’t expect it to go in a minute.”

Officials have shared a cell phone video on Facebook of one of the houses collapsing in the night. They have also shared drone video of the damage and the long crack splitting Glendale Road.