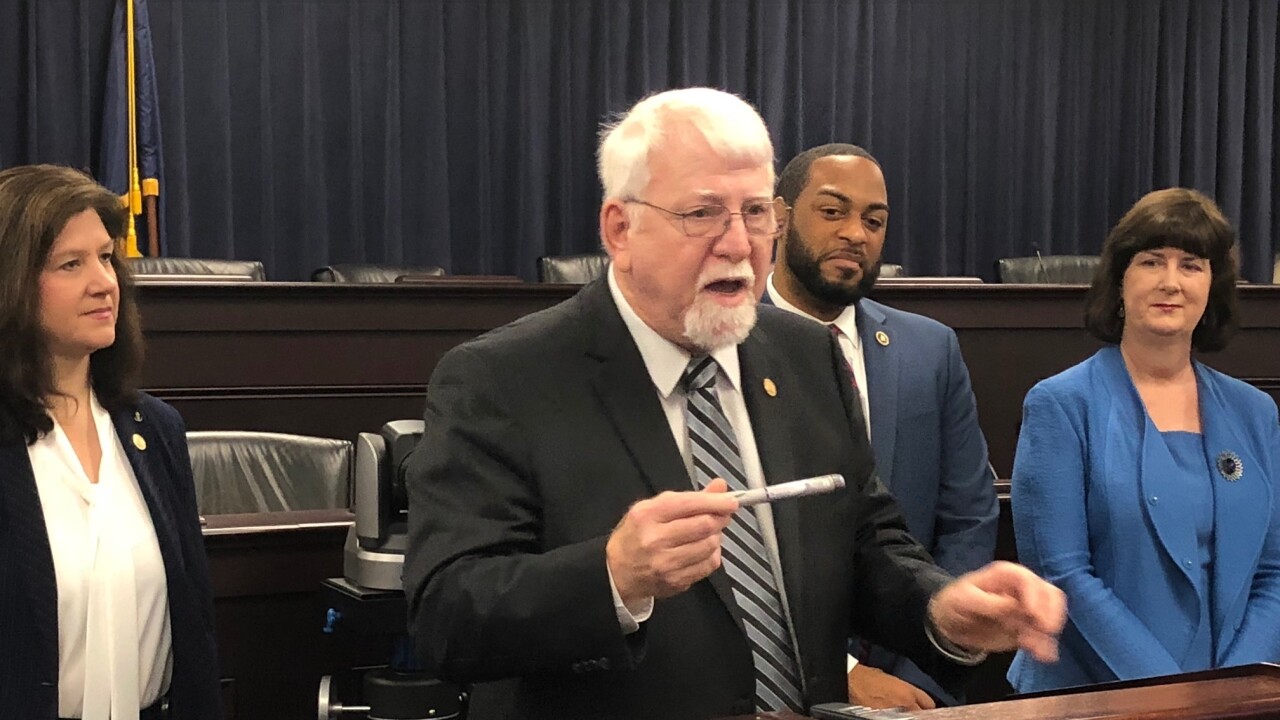 Bruce Schreiner/AP
Rep. Danny Bentley speaks at a press conference on Wednesday, Jan. 15, 2020, in Frankfort, Ky., to promote a bill aimed at curbing insulin costs in Kentucky. Bentley is lead sponsor of the bill, which would cap out-of-pocket costs for a 30-day supply of insulin at $100 for many diabetics. (AP Photo/Bruce Schreiner)

FRANKFORT, Ky. (AP) — A bill backed by a bipartisan group of Kentucky lawmakers would cap out-of-pocket costs for insulin.

The bill's lead sponsor is Republican Rep. Danny Bentley. He says the price of insulin has skyrocketed by more than 550% in the past 14 years.

The bill is supported by Kentucky Gov. Andy Beshear. The Democratic governor has urged the GOP-led legislature to fight back against high insulin prices by passing the measure.

The bill would apply only to commercial health insurance plans.