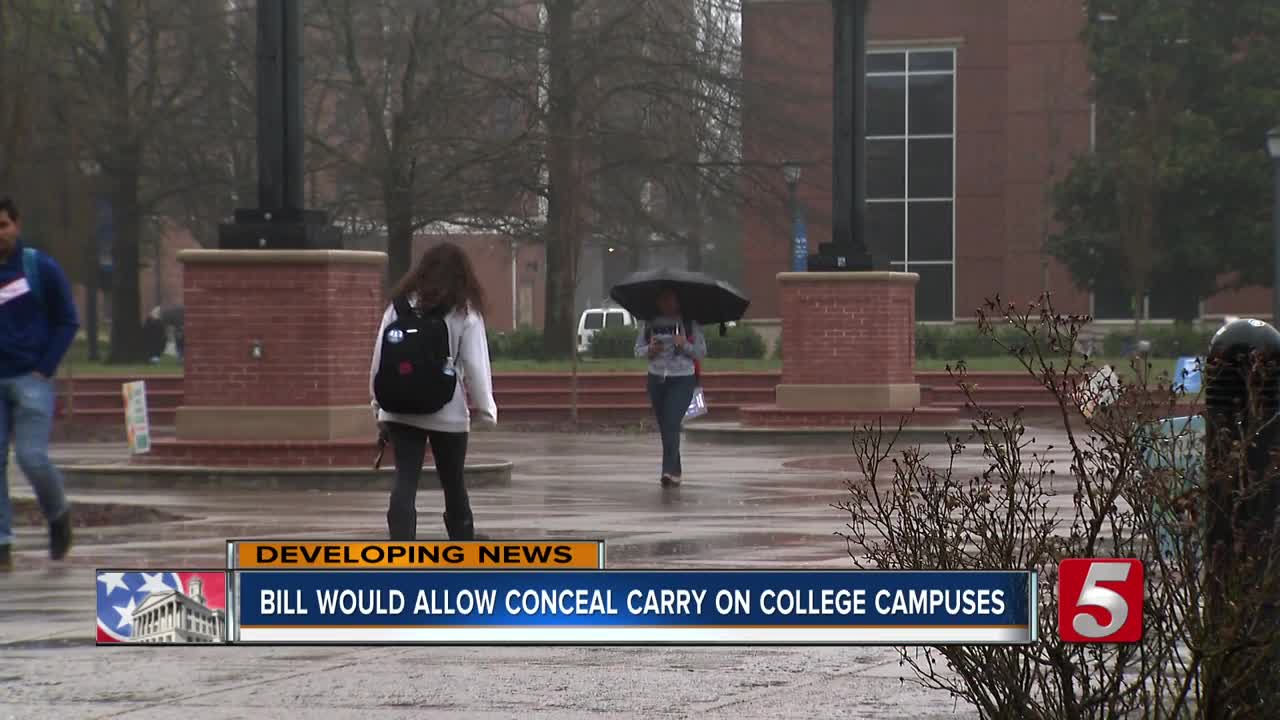 Guns on college campus, Two lawmakers are pushing a bill through the capitol that would arm students. 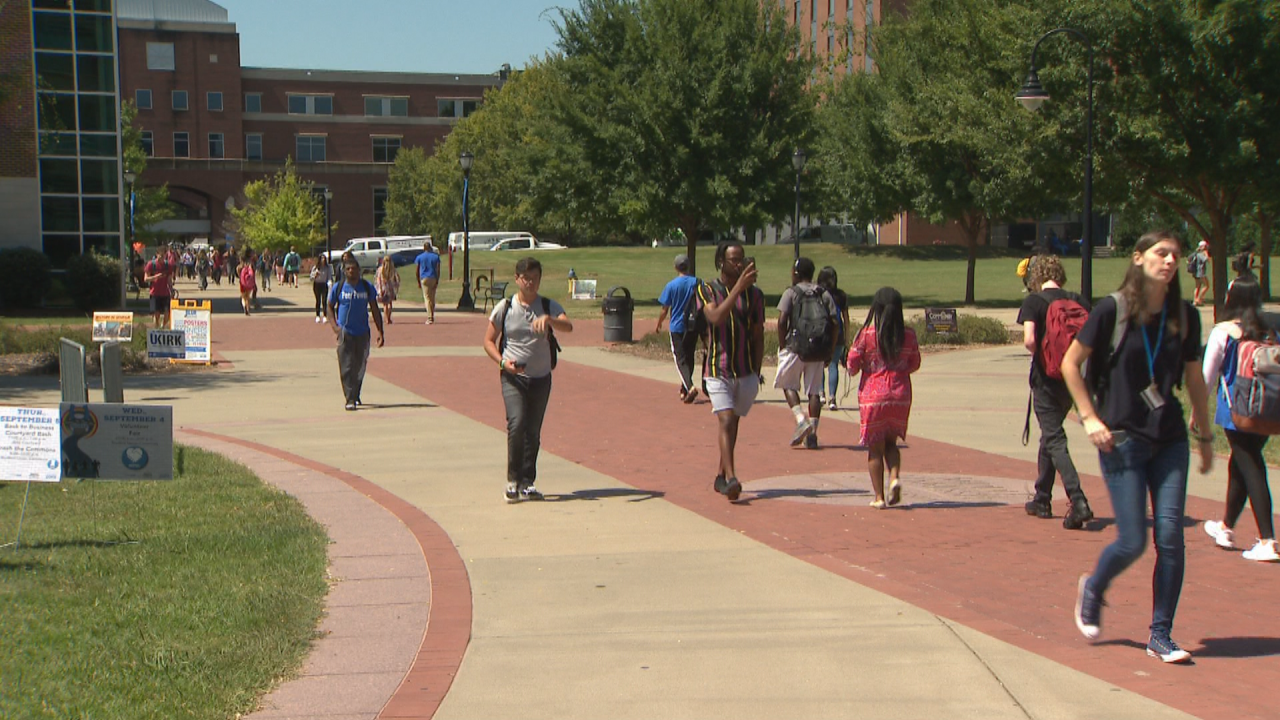 MURFREESBORO, Tenn (WTVF) — Two Tennessee lawmakers have introduced a bill in the Senate and the House that would allow college students to carry a concealed handgun on public campuses.

The bill says registered students at a public institution of higher education will be allowed to carry a handgun in a concealed manner on property owned by institution, if the student is a handgun carry permit holder and otherwise in compliance with state law.

“This was a constituent request that comes from a movement across the nation to allow gun owners with the appropriate permits to carry their concealed weapons on college campuses for personal safety," said Bricken. "The most effective way to stop a bad guy with a gun is a good guy with a gun. This bill applies to law-abiding citizens who are properly trained and permitted.”

Some students at Middle Tennessee State University in Murfreesboro say they're on the fence about the bill.

"I think as long as there are strict regulations and they’re really controlling who has possessions of the guns, I just don’t want it in the hands of stupid people that are going to go around shooting everybody," said student Kayla Newton.

While other students say they don't want to see legislation like this allowed and supported on public college campuses.

"I don’t think I will feel safe, honestly, on campus if they pass that bill," said Detario Yancey. "I just feel like we have a whole bunch of people carrying guns around, you never what can happen."

Senator Bowling said in a statement, "Adults with handgun permits should be allowed to conceal carry wherever they are for their own protection, including college campuses."

You must be 21to get a permit.