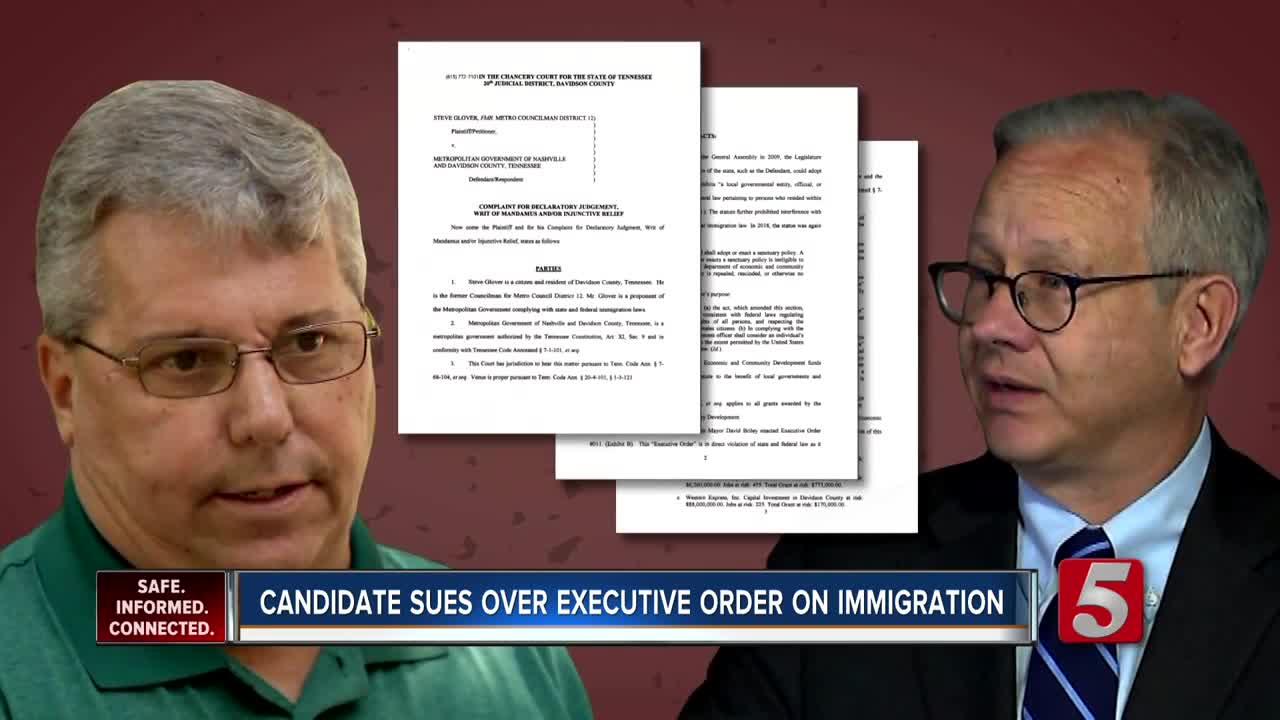 A battle over Metro's role in immigration enforcement could be headed to court. At-Large Metro Council Candidate Steve Glover filed a lawsuit in response to Mayor David Briley’s executive order on the issue. 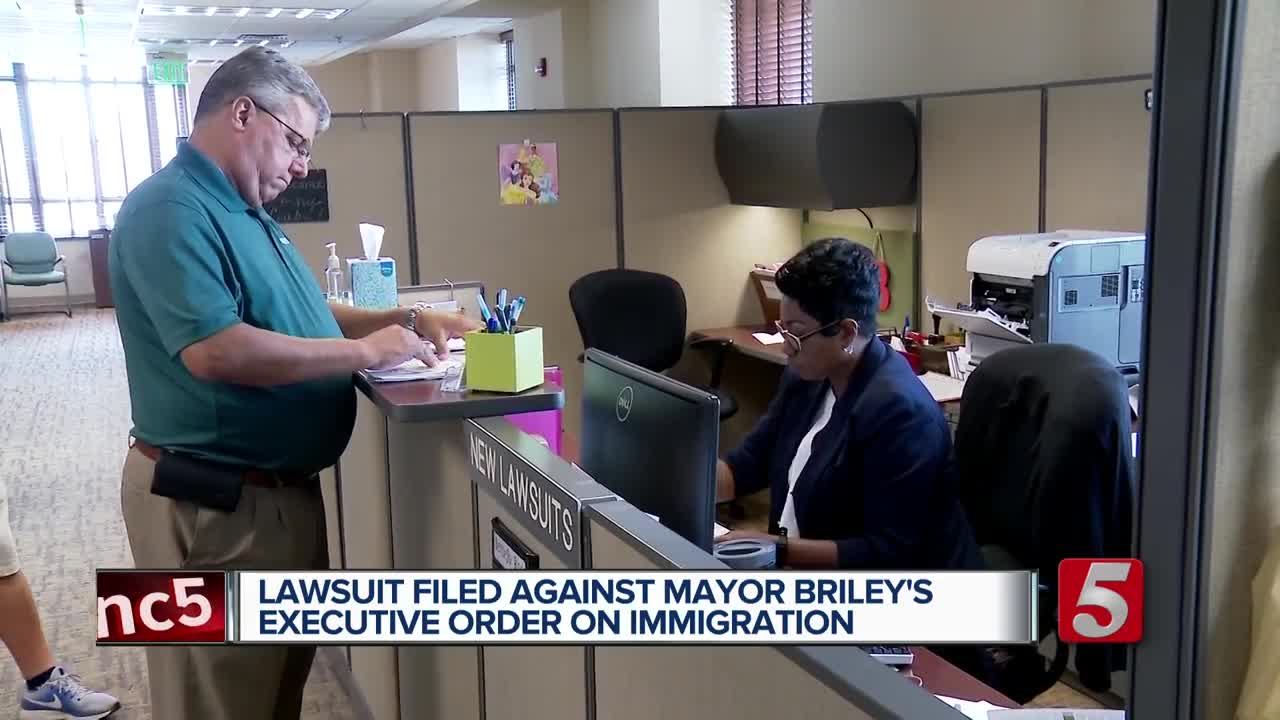 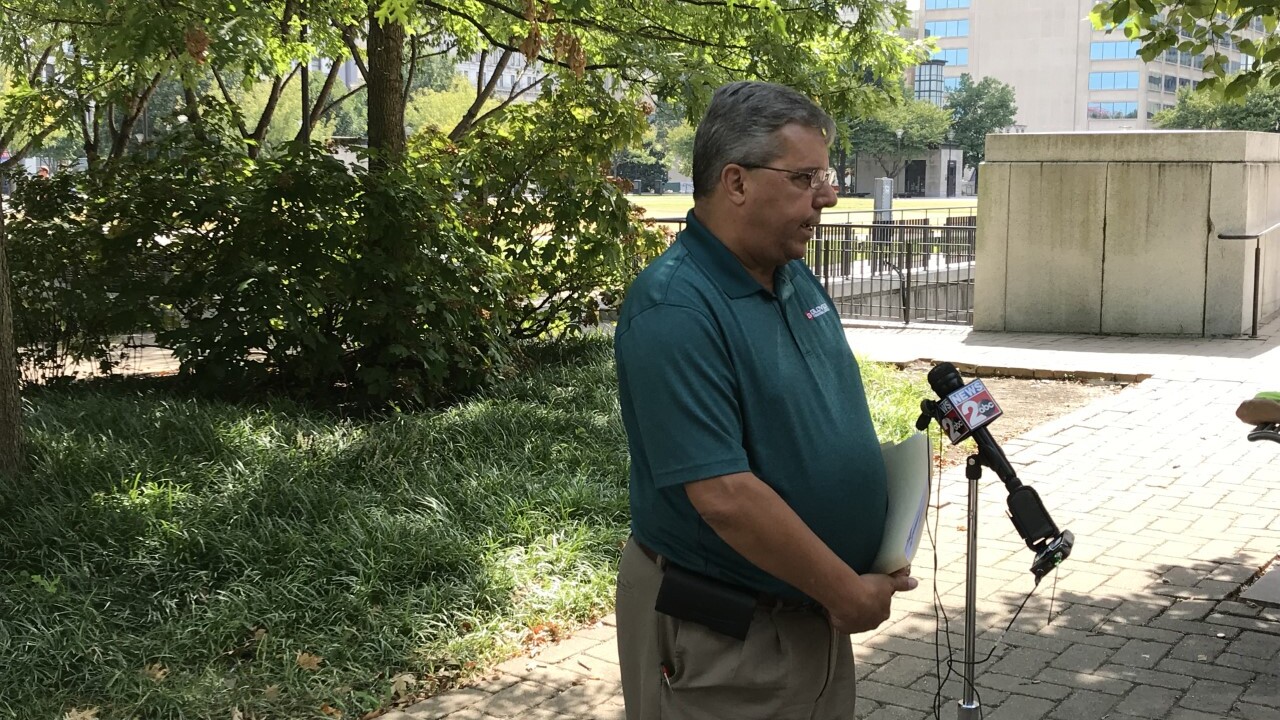 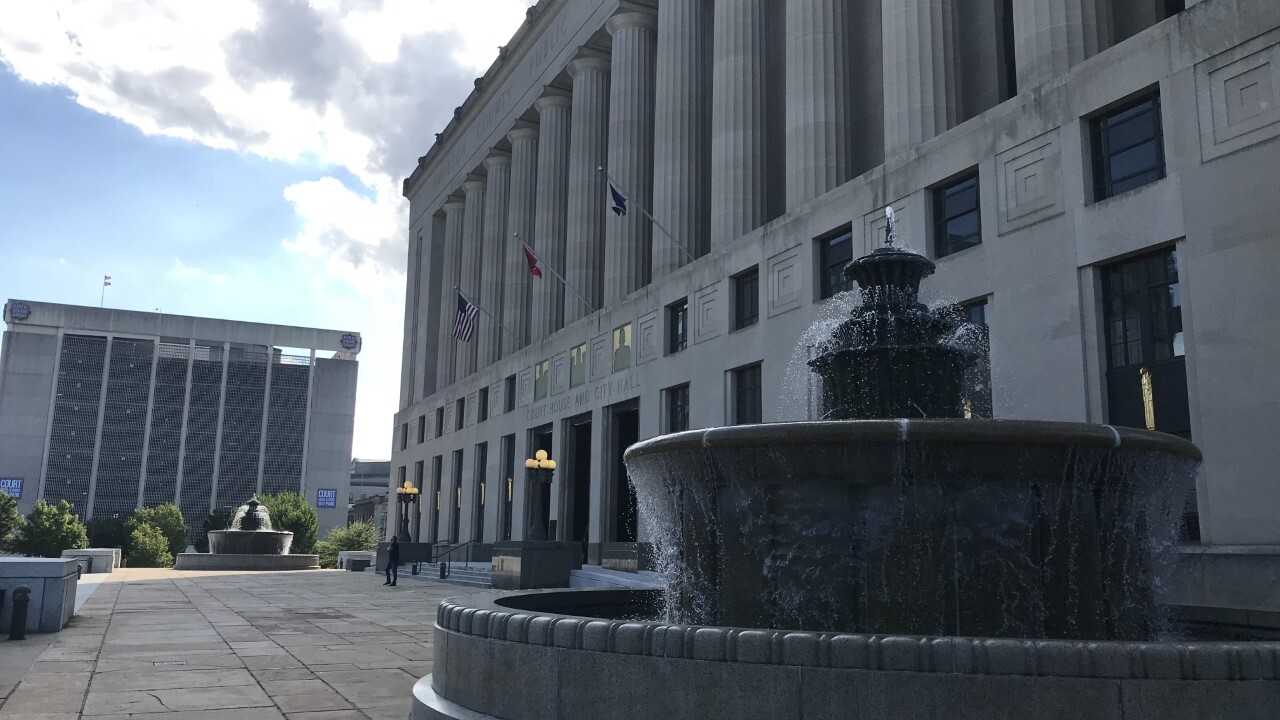 NASHVILLE, Tenn. (WTVF) — A battle over Metro's role in immigration enforcement could be headed to court.

At-Large Metro Council Candidate Steve Glover filed a lawsuit in to response Mayor David Briley’s executive order on the issue. He said the order violates state law, and could cost Davidson County more than 1,000 jobs and millions of dollars in grant funding.

Glover walked into the Metro Courthouse Monday afternoon to file the lawsuit. He said the decision came after he reviewed the executive order and consulted with several lawyers.

The lawsuit comes just three days before the Metro Runoff Election, but Glover said the decision was not politically motivated and he was paying for the lawsuit out of his own pocket.

Still, At-Large Metro Council Member Bob Mendes, who listened in to Glover’s comments outside the courthouse, said he questioned the timing of the lawsuit. “The mayor’s policy last week was almost nothing new, and to sue over nothing is doubling down on what I believe is a campaign stunt,” Mendes said.

Mayor Briley signed the executive order last week. It discouraged local authorities from cooperating with immigration agencies, and called for the repeal of a state law that prohibits cities from using sanctuary policies to protect undocumented immigrants. That state law went into effect this year.

Executive orders are largely symbolic. Mayor Briley’s order came after a recent ICE stakeout in Hermitage where local police were present. A spokesperson for the Metro Police Department said at the time officers were there to keep the peace.

Mayor Briley’s office released a statement in response to Glover’s lawsuit that said the executive order does not violate state law in any way. “It proposes actions that would be taken if the law is repealed, and others that can be taken now within existing law. Executive Order #11 will make Nashville safer for all residents while allowing us to lawfully track immigration-related activity in our city. This is the right thing to do for everyone who lives here.”

The Tennessee Immigrant and Refugee Rights Coalition (TIRRC) Policy Director Lisa Sherman-Nikolaus also responded with a statement. “In a desperate attempt to gain traction in the final days of the election, Steve Glover is putting his own political interests above those of residents in our county. If Glover is concerned about taxpayers, he should withdraw this lawsuit before a single cent of public money is used to get this frivolous case dismissed. Immigrant families in Nashville are tired of being used as a political football in this election. Our elected officials should be leading the city in substantive and serious conversations on immigration-related policies that make our communities safer, stronger, and more connected. We need meaningful policy change, not more political grandstanding, “