LifeWay Christian Resources announced Thursday it will build its new headquarters in a 32 acre site near Charlotte Avenue and 11th Avenue North. 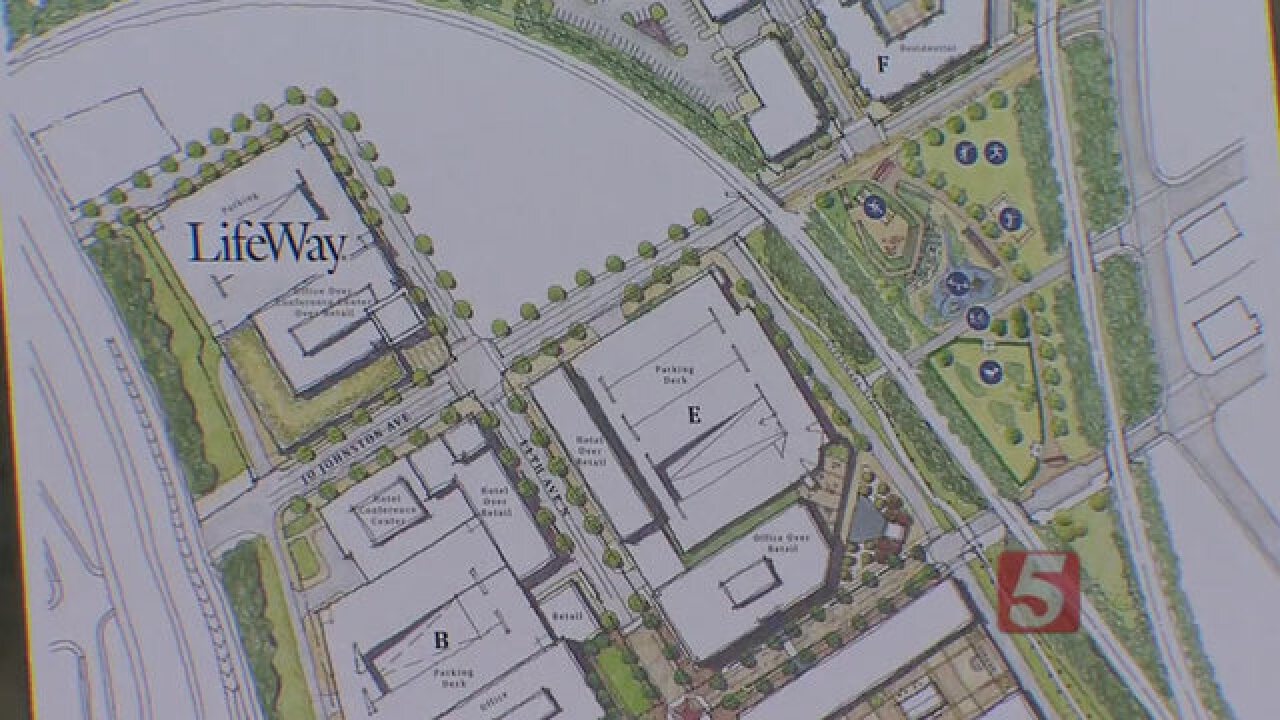 LifeWay Christian Resources announced Thursday it will build its new headquarters in a 32 acre site near Charlotte Avenue and 11th Avenue North.

The publishing company signed an agreement to purchase 2.7 acres of the lot already being developed by Northwestern Mutual Real Estate.

"We are very excited about LifeWay's opportunity to remain in downtown Nashville," said Thom Rainer, LifeWay's President and CEO. The projected site is near a historic area known as Marathon Village.

One business owner said she didn't know of the new project coming to the area and said it would be good for the local economy.

"There's lots of different things that attract people here, but we just don't have foot traffic," said Mandy Judge who works for the Garage Coffee Company.

In addition to this, the city has proposed the constriction of new sidewalks, as part and repairs to the local infrastructure.

"It's about $3.5 million the city will spend on infrastructure which is needed for the city in general and in return for that in addition to LifeWay the city is going to end up with two acres of land which we'll be able to use as a city park," said Rich Riebeling the city's Chief Operating Officer.