Local immigrant students push classmates to get out the vote

Immigrant youth in Nashville congregated for two events to cast their vote and encourage their friends to do the same thing at the polls. 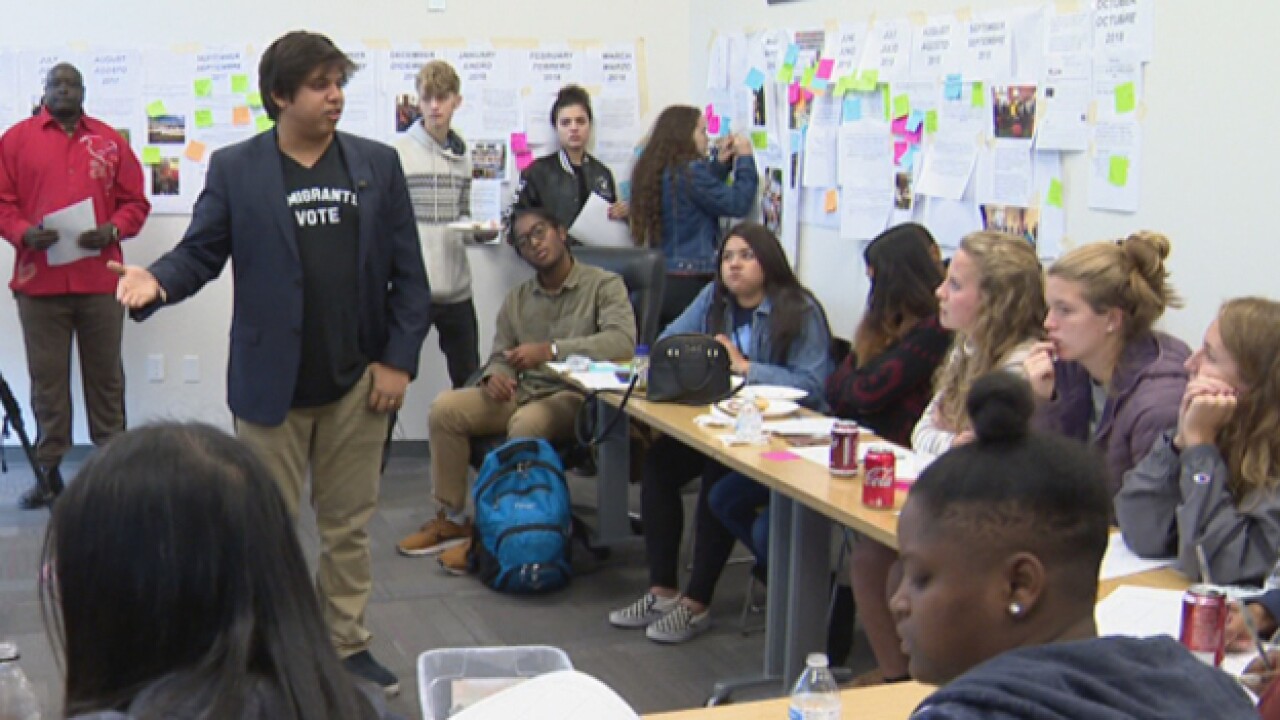 Immigrant youth in Nashville congregated for two events to cast their vote and encourage their friends to do the same thing at the polls.

On Thursday, the event was held at Casa Azafran on Nolensville Pike, one of 11 early voting locations in Davidson County.

The students learned about the process, with 18 of them voting for the first time. Their following goal is to get five others they know to vote by November 1st, the last day to early vote.

Vy Le is a senior who moved from Vietnam 11 years ago. She became a citizen two years ago, and is excited to exercise her right.

"Its been building up to this moment throughout the years. I've wanted to feel represented in the election and have a voice what in what my future looks like. I feel very proud of voting because I know there are people who don't get the opportunity to," Le told NewsChannel 5.

Katherine Izaguirre helped organize the event even though she is not eligible to vote. She is a DACA recipient, but despite her current status, she hopes her classmates can make a difference in policies that affect her.

"Certian people who have the right to vote or have citizenship they haven't been affected by certain things so they don't see it as important while I have been affected by several things and it means more to me," Izaguirre said.

The Tennessee Immigrant & Refugee Rights Coalition said naturalized citizens and U.S. born children of immigrants and refugees hold significant political power. The organization cited that about 92,000 Latinos in Tennessee were eligible to vote in 2014.