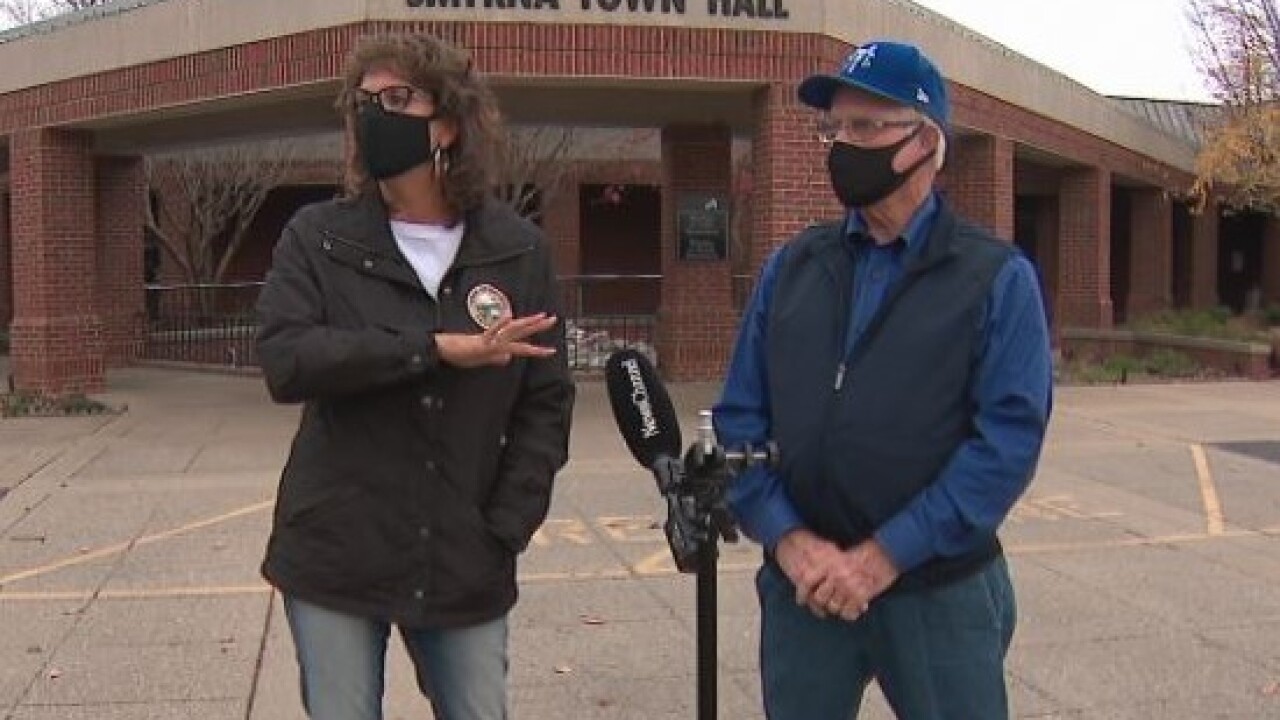 Angie Dones
Smyrna's mayor Mary Esther Reed and her father Kenneth Victory are just some members of their family who all contracted COVID-19.

SMYRNA, Tenn. (WTVF) — In Rutherford County, more than 17,000 cases of COVID-19 have been diagnosed. Smyrna’s mayor Mary Esther Reed and her family are among them.

“I will tell you it was the sickest that I have ever been in my life. I would never want anyone to have to go through this,” said Reed. Now she’s sharing her story to put faces to some of those numbers, “and so we wanted people to understand what our story was so they had a real life experience to connect with.”

Her father Kenneth Victory was the first to be diagnosed the week before Halloween. “I was tired, I was coughing, I couldn’t sleep and I still have trouble sleeping at night today,” said Victory.

The worst of them was her mother. Reed said her mother “really had trouble breathing. She was never put on the ventilator but it was really touch and go for mom.”

All of her family members have since recovered, but there are still some lingering effects. “I think for my dad and for myself it’s been the cough. For all of us there is a tiredness- not sleepy, but tired,” said Reed. Her mother is also still using oxygen.

“Nothing like that never happens to me or my family," said Victory.

While Reed’s family had each other, she says others are in the fight alone and now is the time for neighbors to help neighbors. “Maybe that’s running to grab food and putting it on their front doorstep, or going to pick their groceries or their medicine,” she said.