Roughly ten people were injured in a tornado that hit Graves County, Kentucky.

Officials with the Kentucky State Police said ten people were taken to the hospital with non life-threatening injuries Tuesday after the tornado swept across the county and through Mayfield.

According to preliminary investigations, the tornado developed in the western part of Graves County around 2: 45 p.m.and traveled east.

An official with the National Weather Service confirmed the tornado was at least an EF2; however, it was later upgraded to an EF3.

Multiple schools including Graves County Middle School, High School, Board of Education, and Central Elementary were in its path.

Though the schools did receive damage, none of it was significant.

However, in once in Mayfield, homes and businesses were heavily damaged, but the destruction was contained to mainly trees and some homes. It then continued northeast through the county.

Officials with the Graves County Sheriff's Office said about 30 structures were either damaged or destroyed. 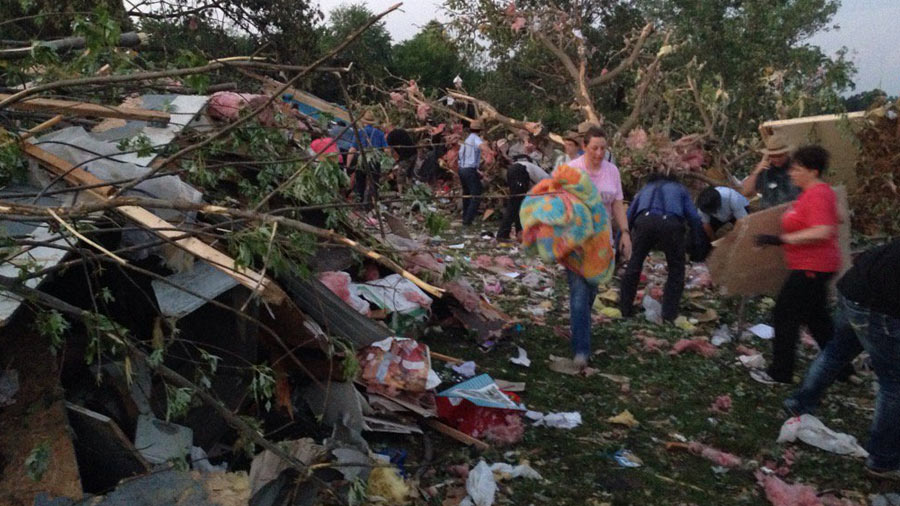 More than a dozen crews in law enforcement, and emergency services were still on scene assessing the damage.

No one was killed during the storm.