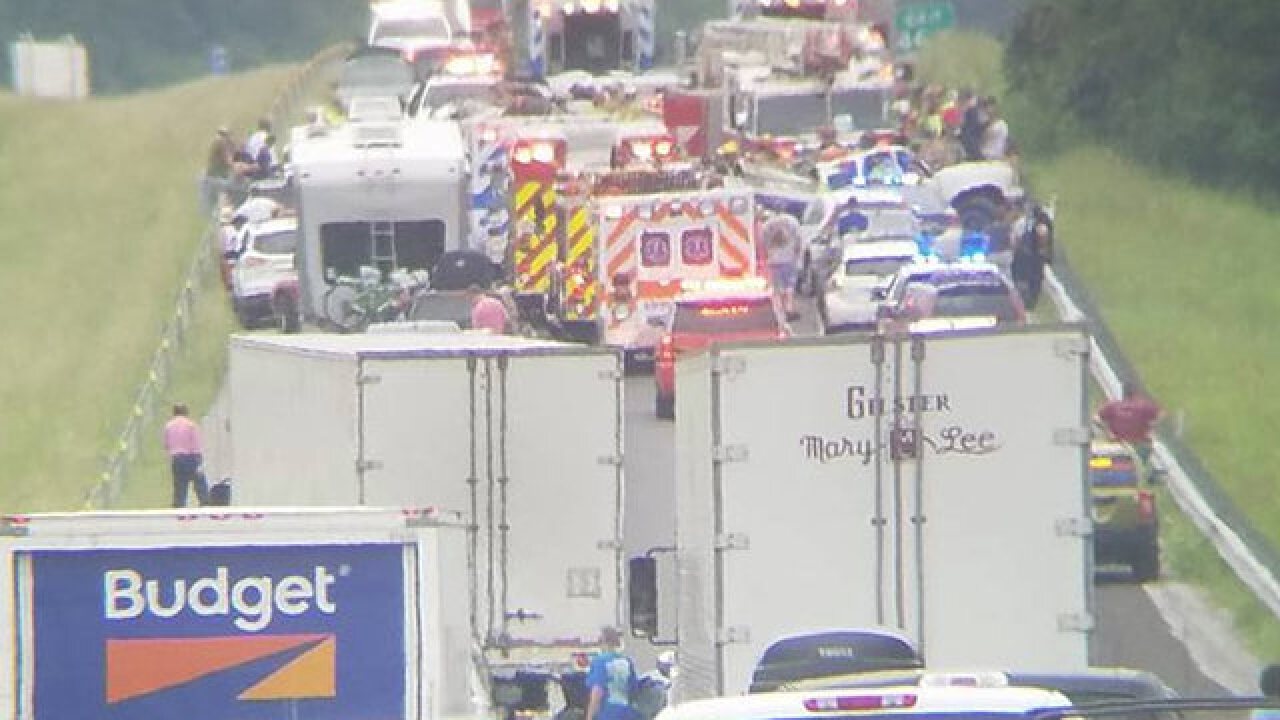 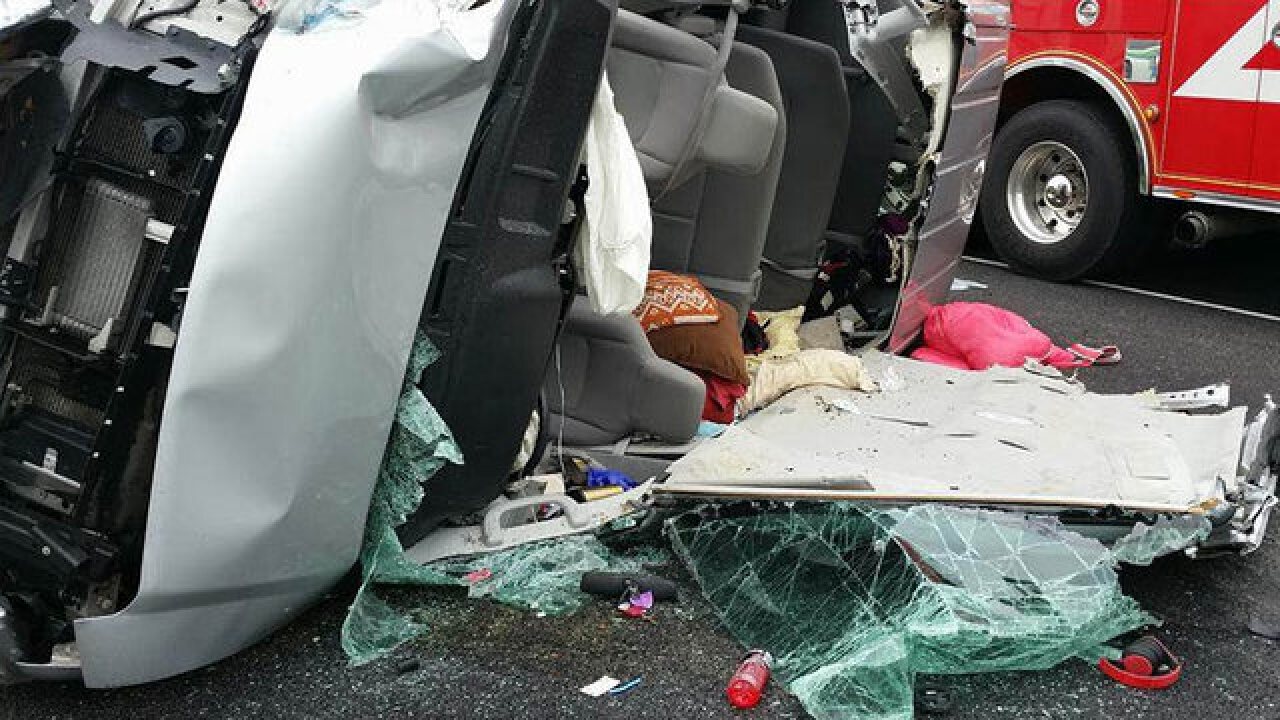 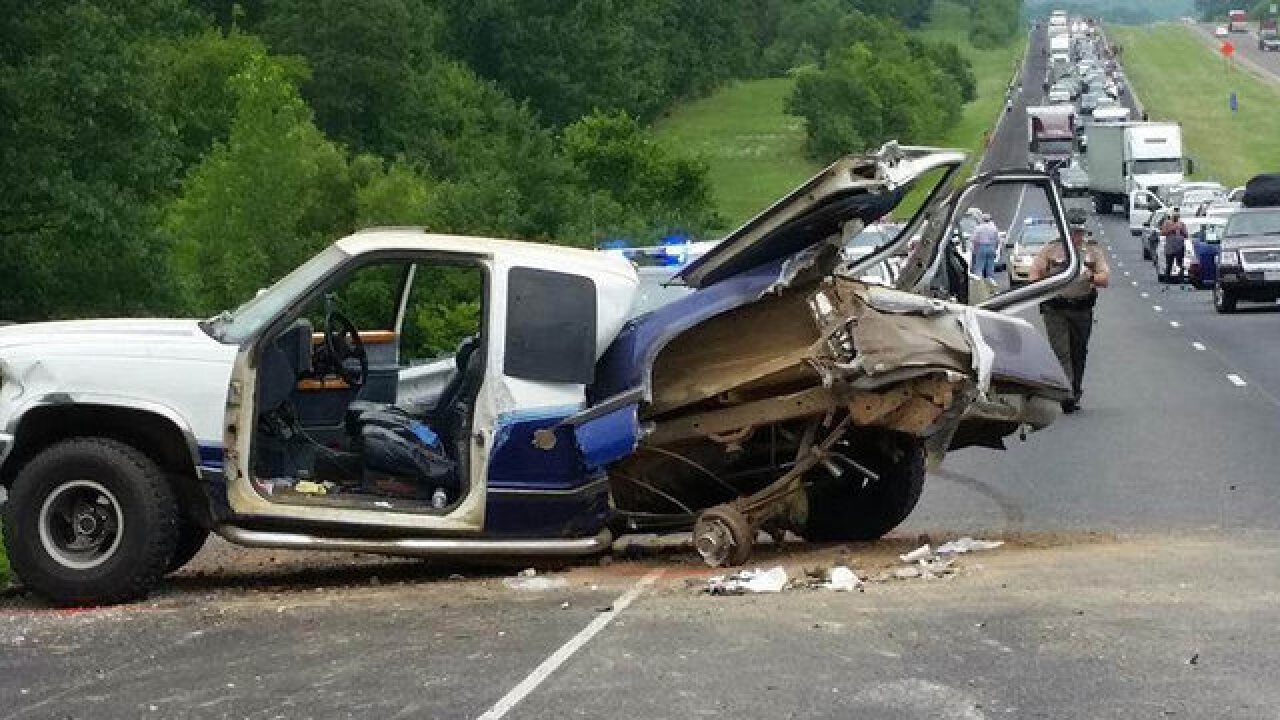 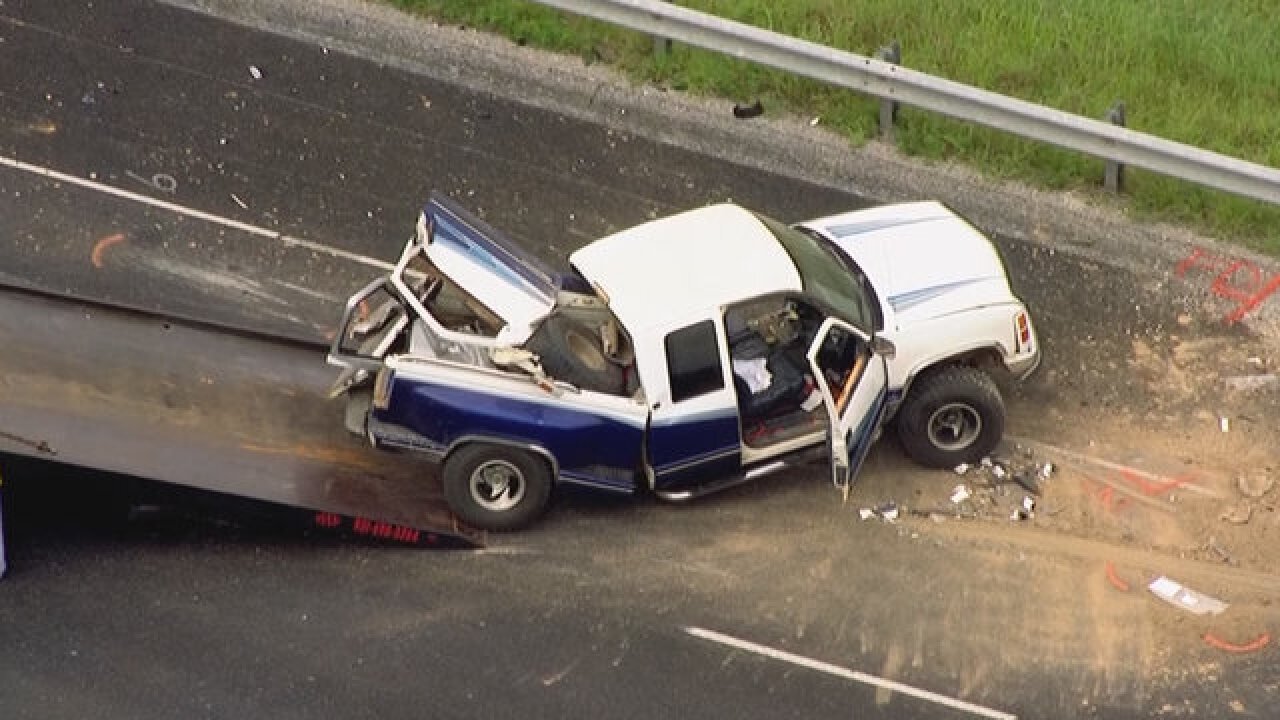 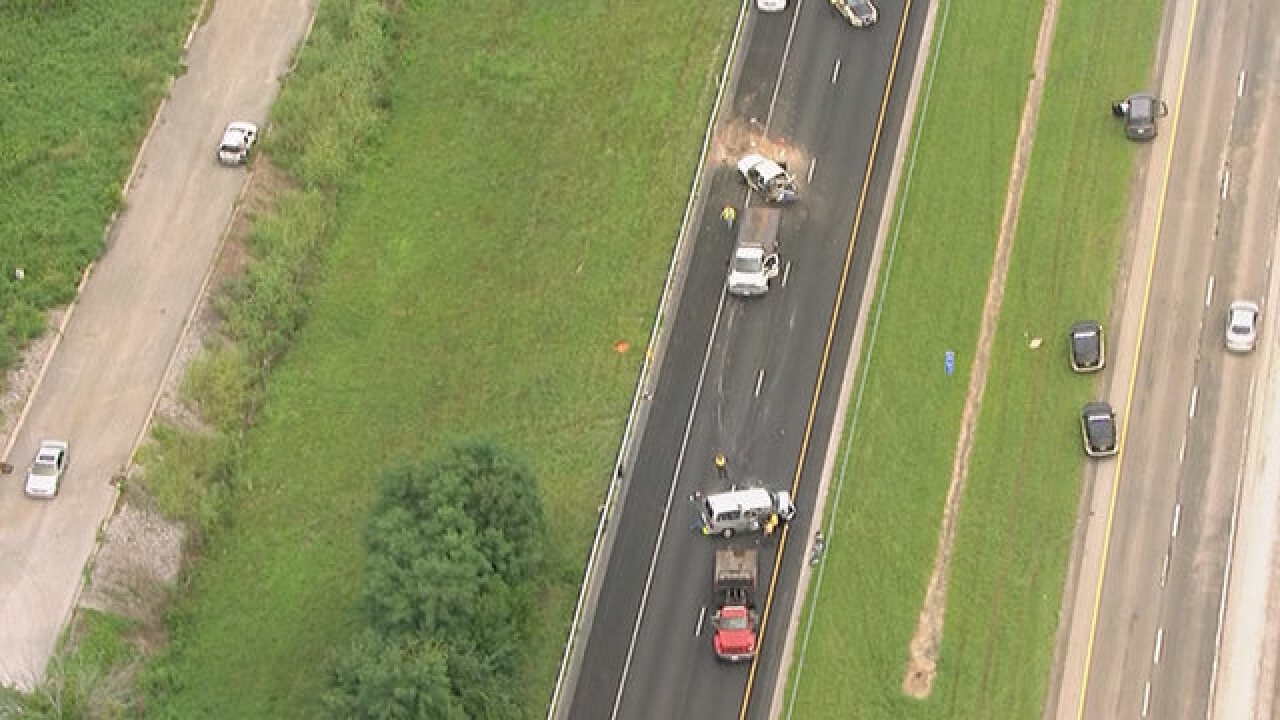 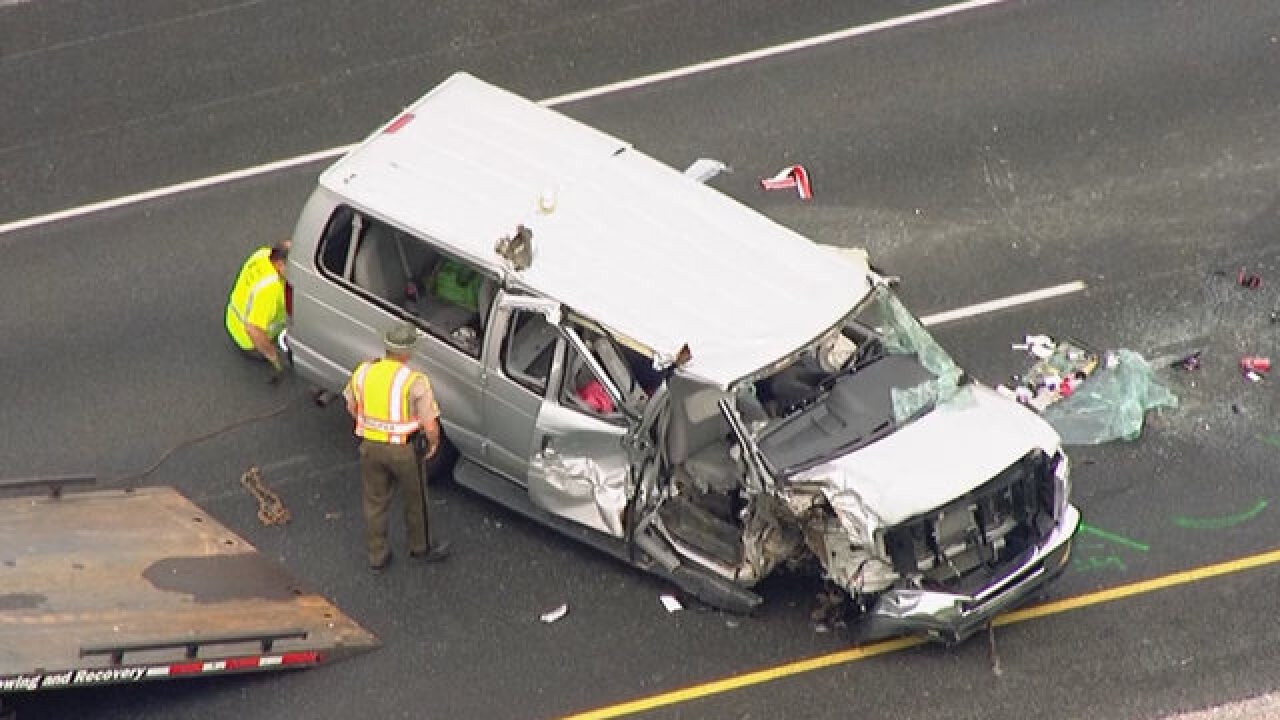 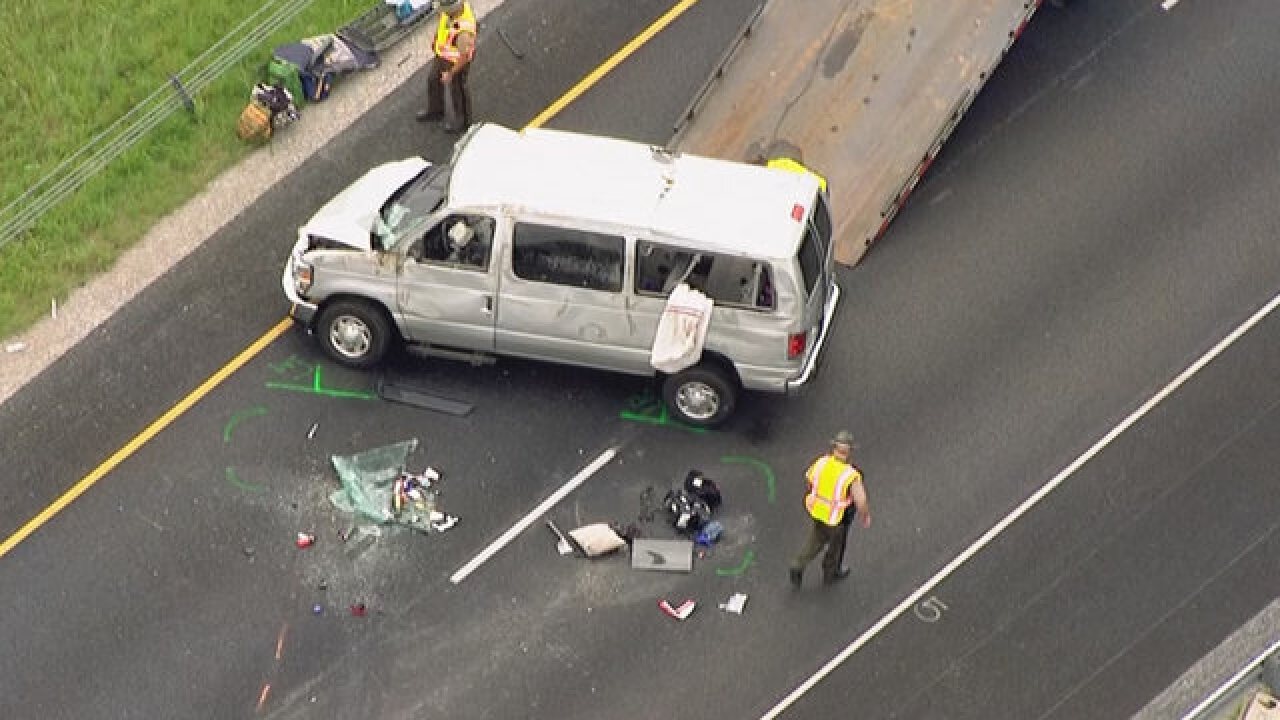 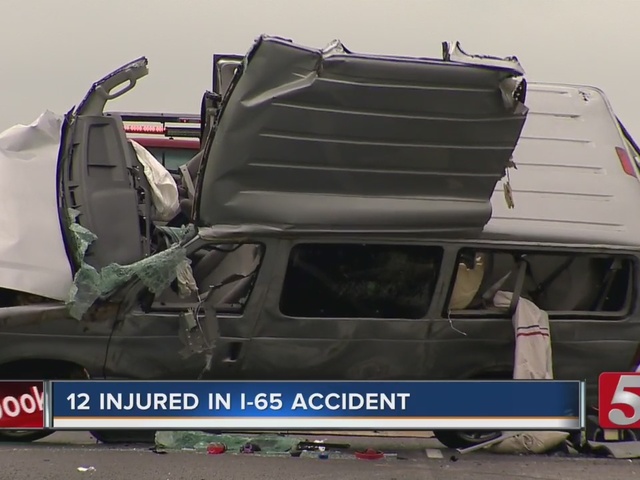 Southbound lanes of Interstate 65 were shut down in Maury County for about two hours as first responders cleaned up a crash involving two cars and 12 people.

The wreck happened around 9:30 a.m. when a 15-passenger van carrying 10 people was driving southbound near mile marker 46.

The van hit a pickup truck parked on the shoulder, which had ran out of gas, before flipping down the road and coming to a stop.

The passengers in the van were able to exit the vehicle on their own, but the driver of  the van and the driver of the pickup truck needed assistance from first responders.

All 12 people involved in the crash were transported to area hospitals, with the worst injury being a broken leg.

“Looks like the van may have rolled two or three times and rested on it’s side. It looked pretty bad," Jeff Baranowski, a driver stuck in the traffic behind the crash, said.

“I’ve never seen a truck frame snapped," Andrew Breault, another driver, said. "I mean, that’s a three-quarter ton truck, and having that frame snap like that, that’s scary for anybody.”

The cause of the crash was still under investigation, and authorities have not released the names of the people involved in the incident.

The interstate was reopened around 11:30 a.m.