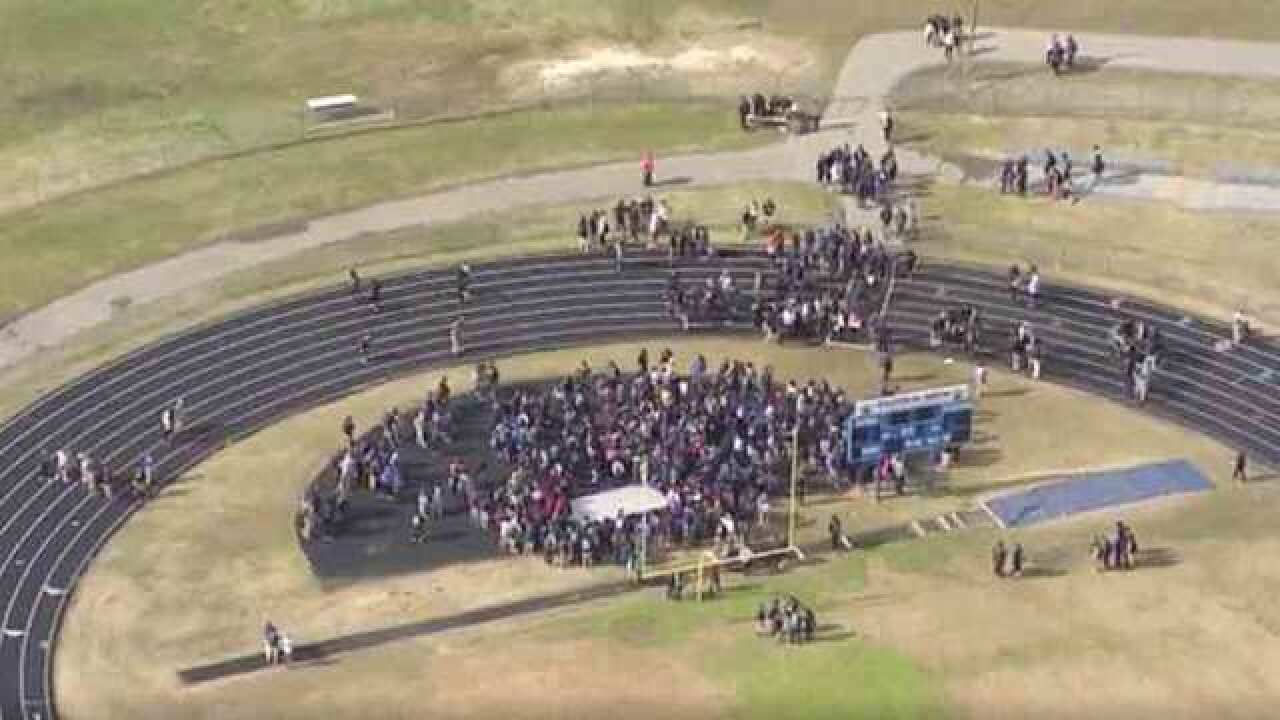 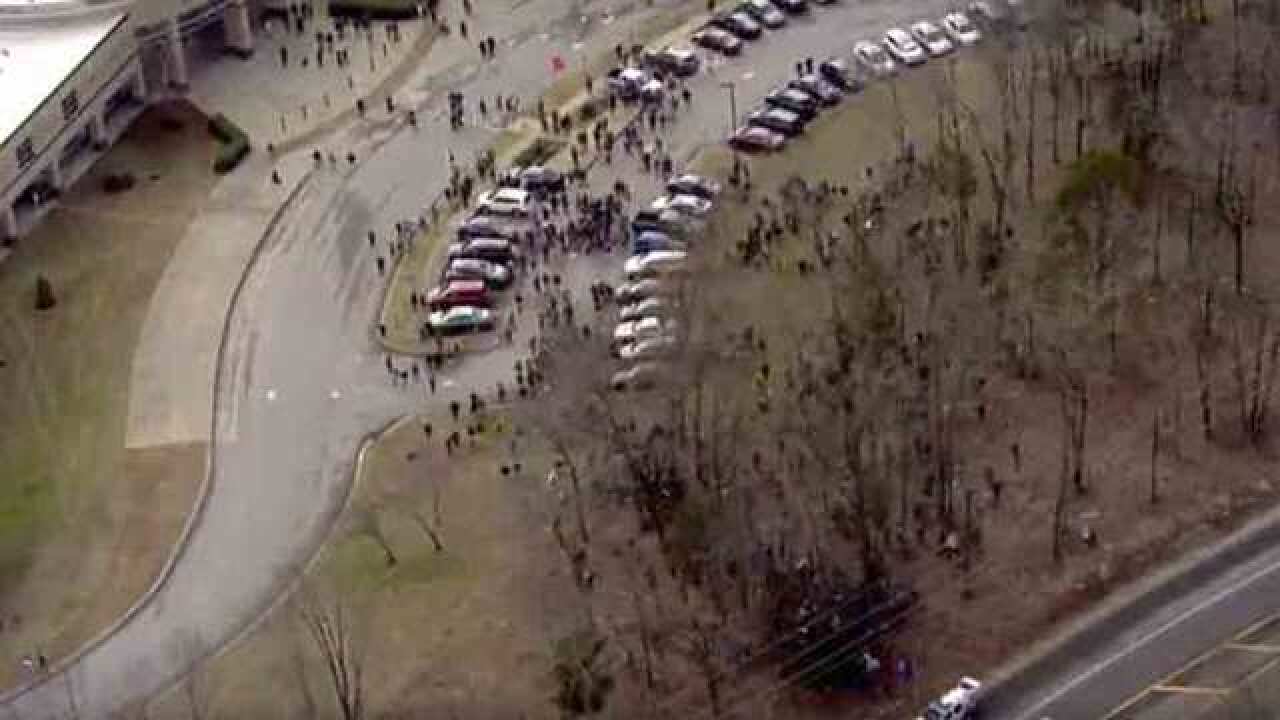 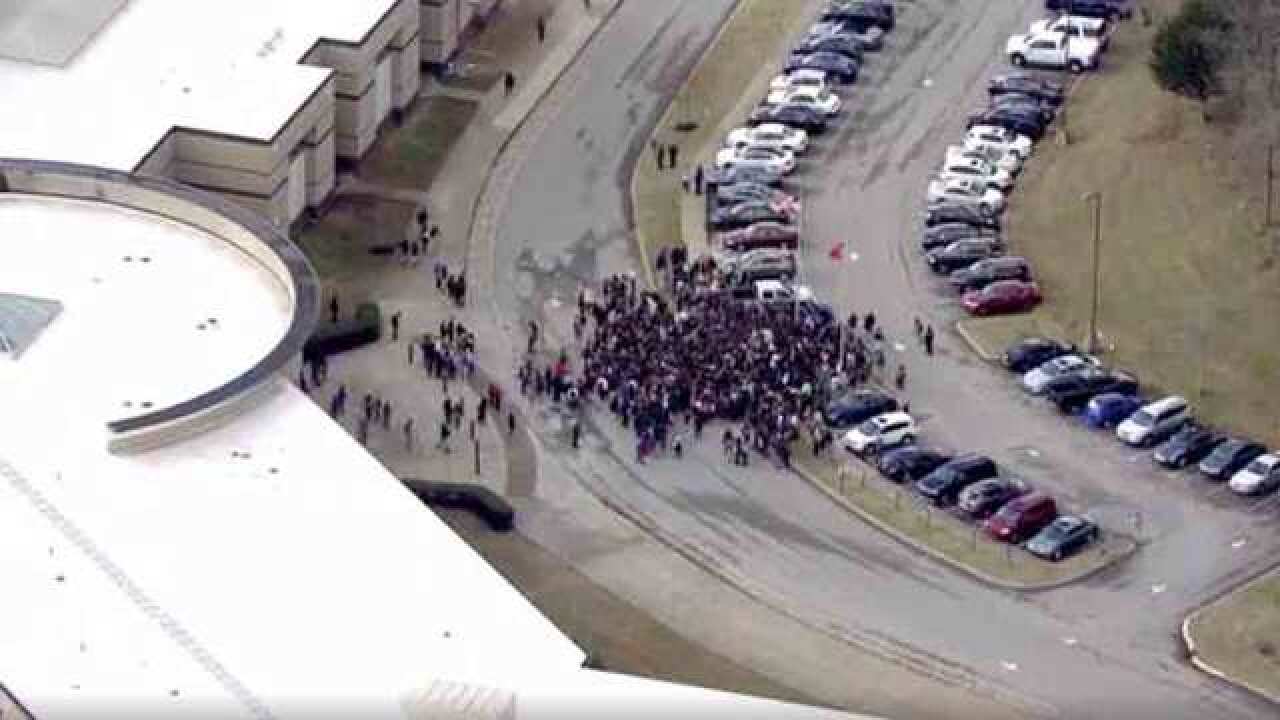 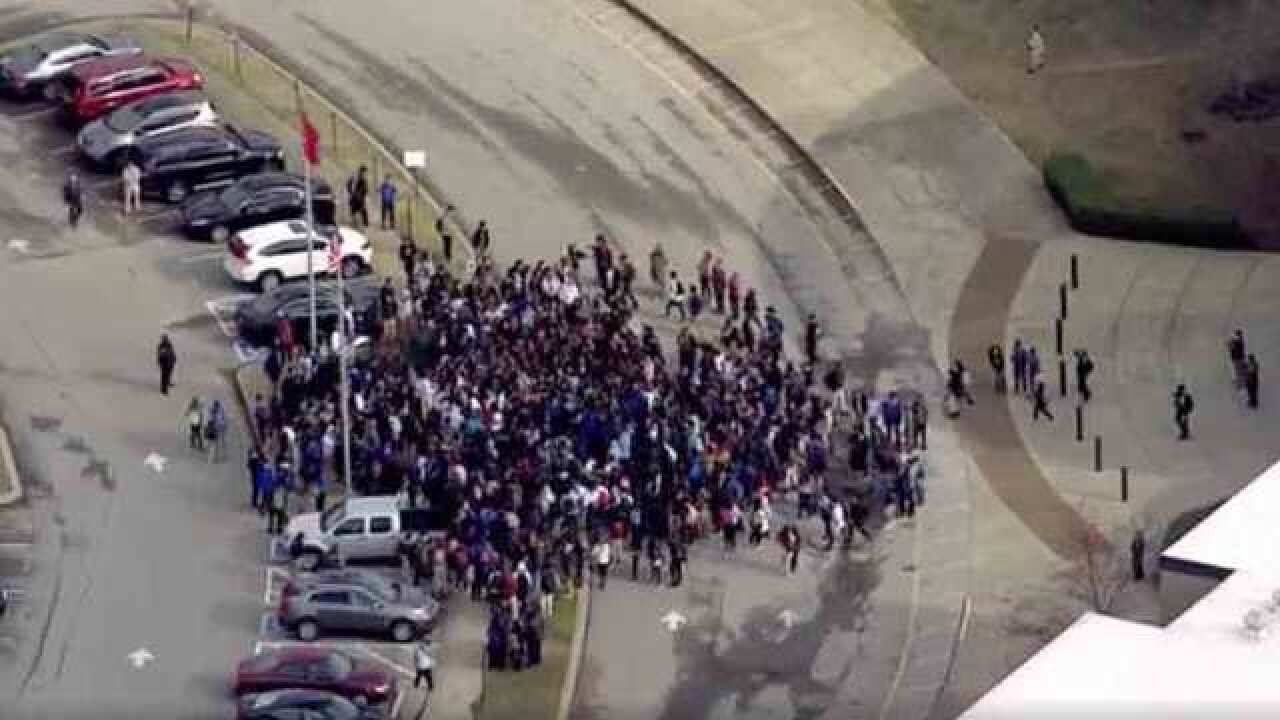 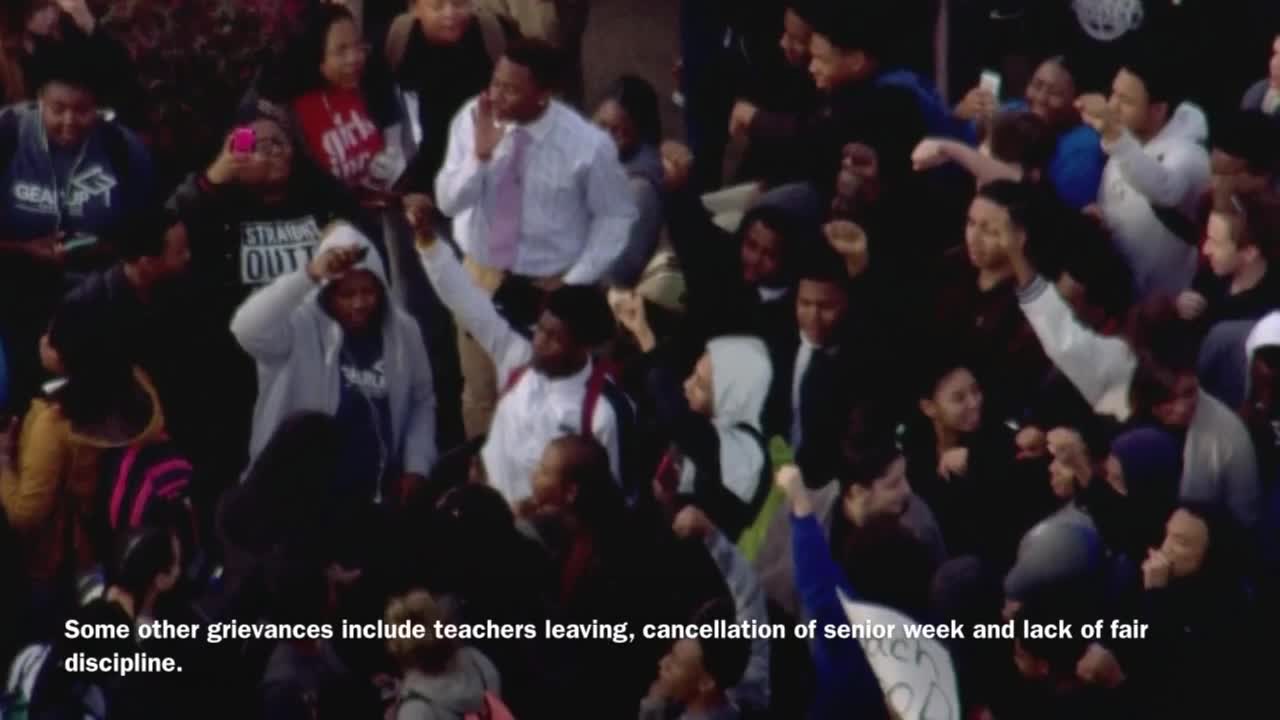 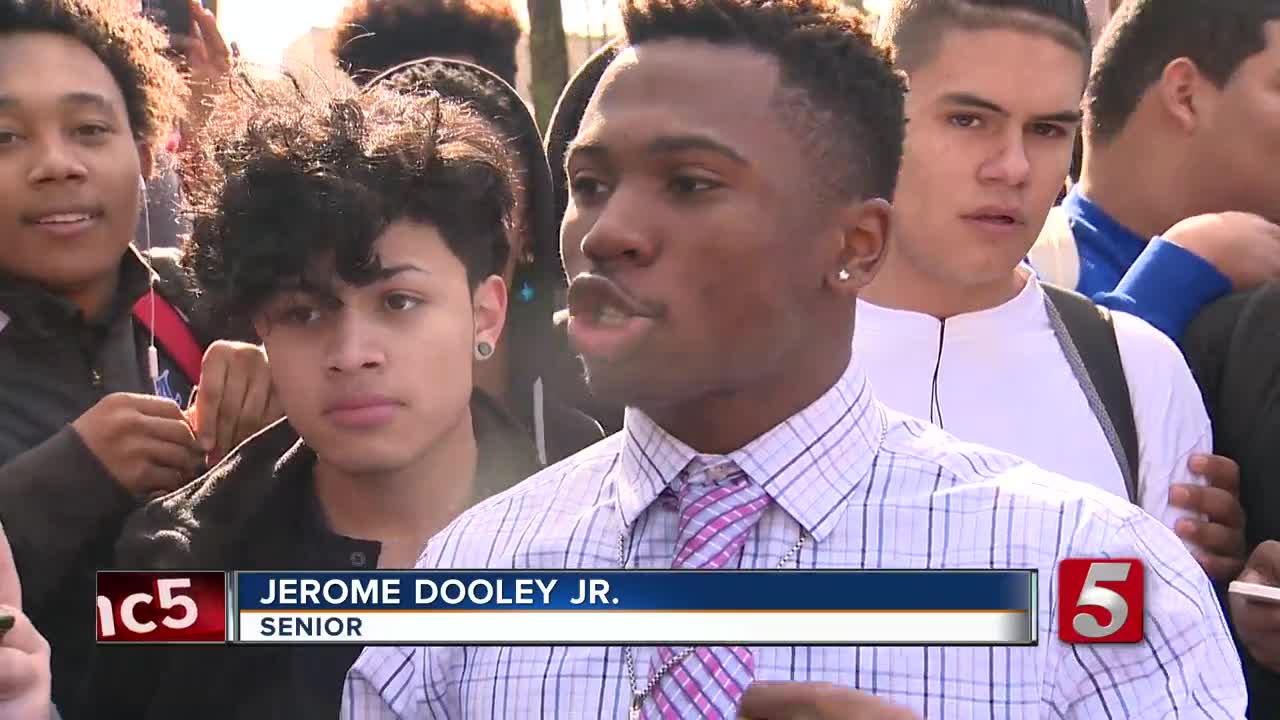 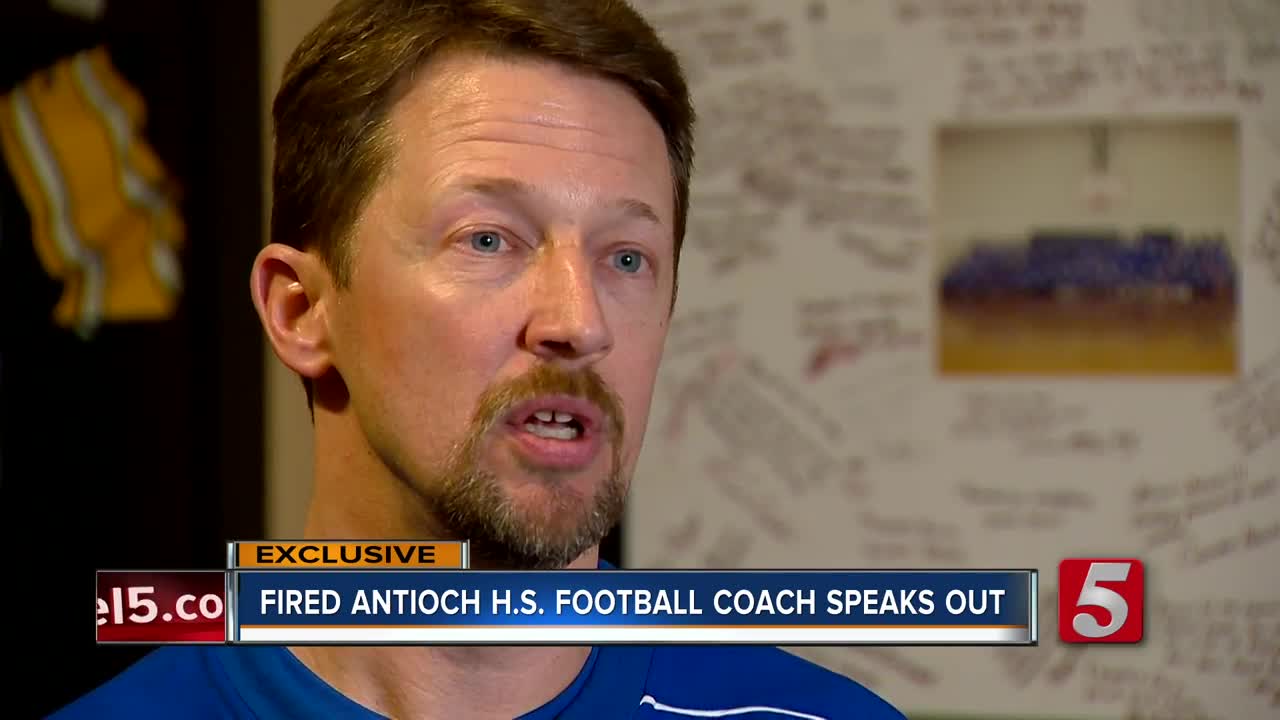 Hundreds of students at Antioch High School walked out due to multiple grievances they said they have with the school and administration.

The walkout began around 8:30 a.m. Friday and lasted about an hour. The students initially stood in the parking lot and toward the edge of the property before moving onto the football field near the school.

Friday morning, the students released a list of grievances, which they said were as follows:

"We wanted to all come and show that as a student body, this is our school and our voice," said Jerome Dooley Jr.

Many of the grievances surrounded first-year principal Dr. Keiva Wiley.

Earlier this year, NewsChannel 5 Investigates discovered Wiley was one of several new hires by Superintendent Dr. Shawn Joseph who weren't properly licensed in the state of Tennessee.

Administration had not yet responded to each individual grievance; however, they confirmed they were working with the community and staff to work through the issues.

The students also released a speech written for and given at the walkout. To read it in its entirety, click here.

Dr. Wiley's latest action, however, is being called the straw that broke the camel's back. On Friday, she fired popular head football coach Mike Woodward.

"Winning is sort of the cure all to everything. When you win, everybody is happy. When you're not winning you do run into some bumps in the road," said Metro Schools Athletic Director Roosevelt Sanders.

"The kids were excited, and we were getting kids to go to college and we were stressing things beyond what happens on the football field," said Woodward, speaking to NewsChannel 5.

Students and alumni said they believed Woodward's firing is just the tip of the iceberg.

"From what they've said it's been an intense work environment and you can see that as evidence in the teachers that have left and the amount of subs they have at Antioch High School." said Demarco Moore an Antioch High alumni and former football player.

"i don't think they're doing what's best for the kids," said Woodward.

Teachers there told NewsChannel 5 more than half the staff has already decided not to return next year. In fact, many teachers have already left.

"Let the numbers speak for themselves," Woodward said.  "See how many teachers put in, that they plan on transferring."

NewsChannel 5 tried to talk to Dr. Wiley, but the district insisted she was unavailable.

A recorded message was sent to parents from the school Thursday night about a possible alternative to the protest.

"Upon arrival to the gym, collect paper and writing utensils so the concerns can be documented. Document your concerns a place it in the box at the nearest exit."

Hundreds of students, however, chose to walk out.

Woodward said he didn't get a chance to speak to members of the football team after he was told he would be fired as the football coach.

"I just want them to know how much I've enjoyed my time with them," Woodward told NewsChannel 5.  "They will always be a part of my family, and I hope they feel the same way.  I will always be there for them if they need anything."