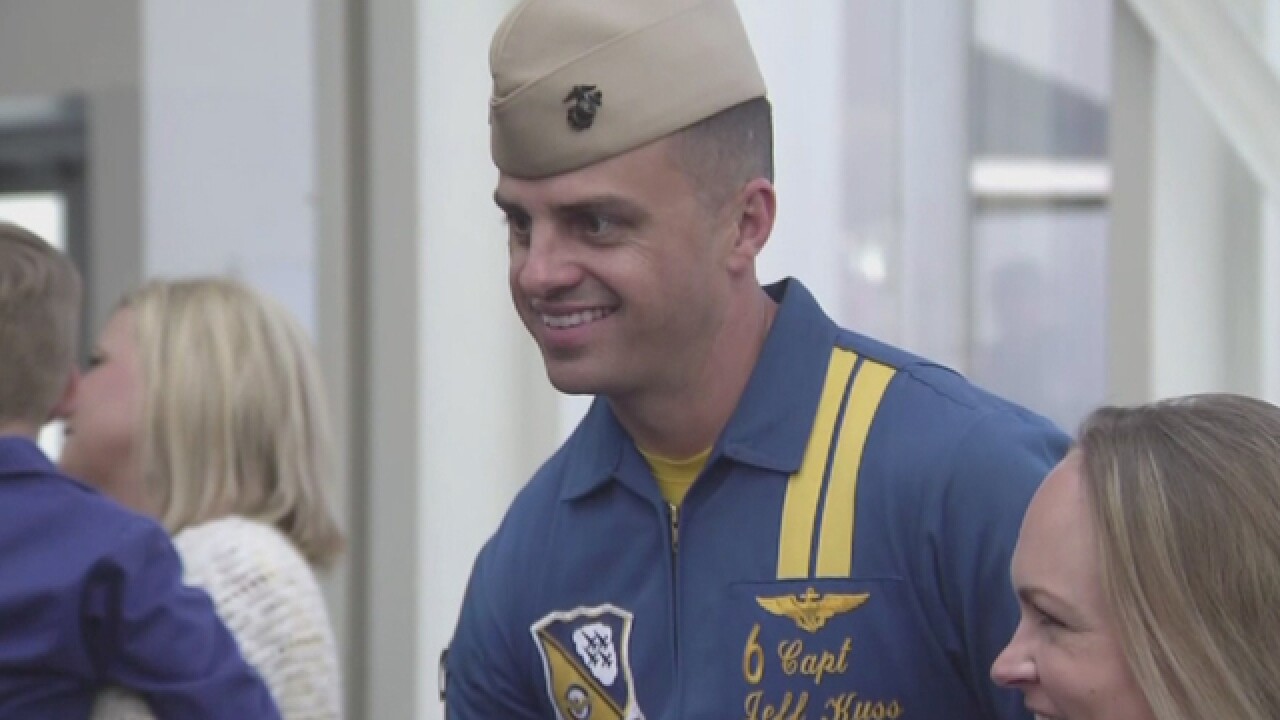 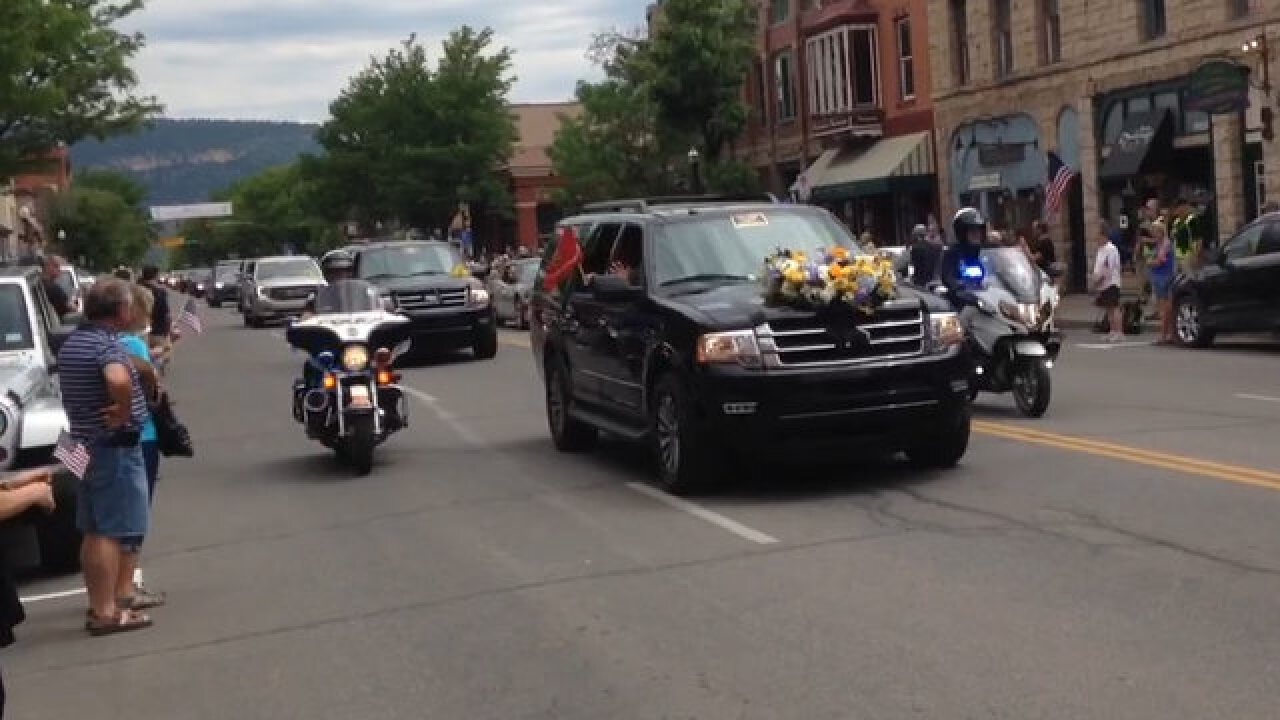 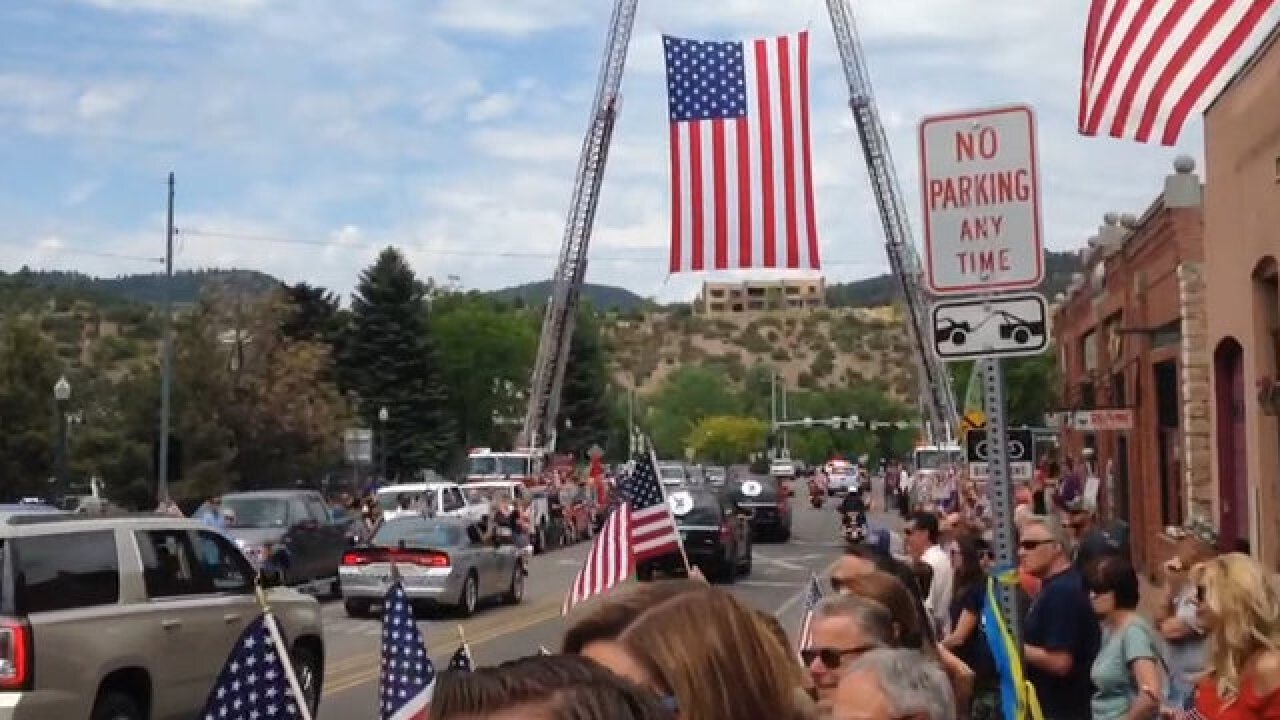 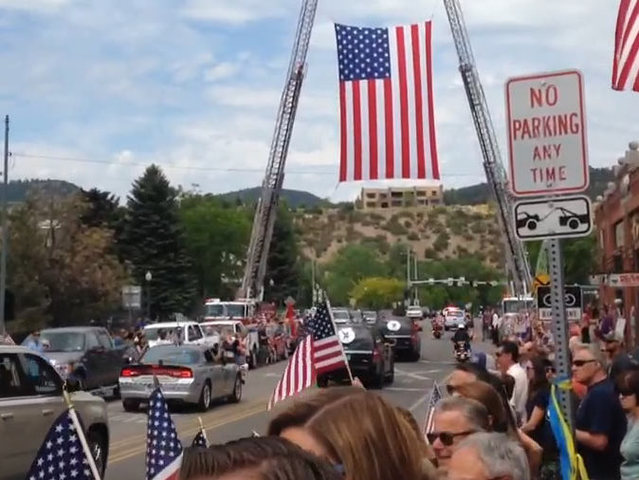 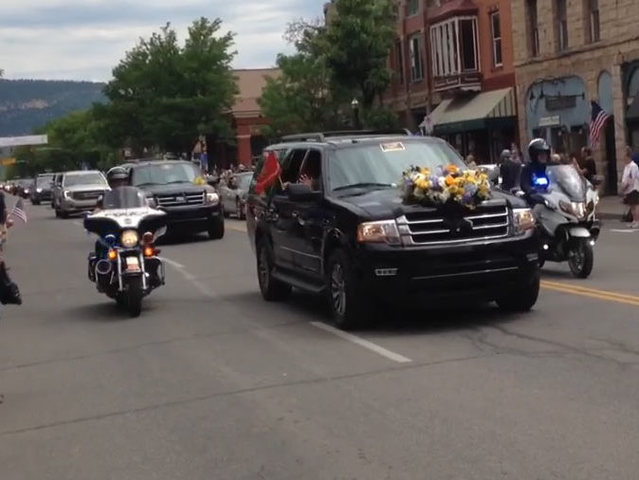 A private burial ceremony for a Blue Angels pilot killed in a crash while practicing for an airshow was held Saturday.

Residents lined the streets to honor the Durango native as the motorcade passed through the city.

The ceremony also included a flyover by the Checkerboards, Kuss' unit before joining the Blue Angels.

Kuss was killed while practicing for an airshow in Smyrna June 2.

He left behind his wife and two young children.