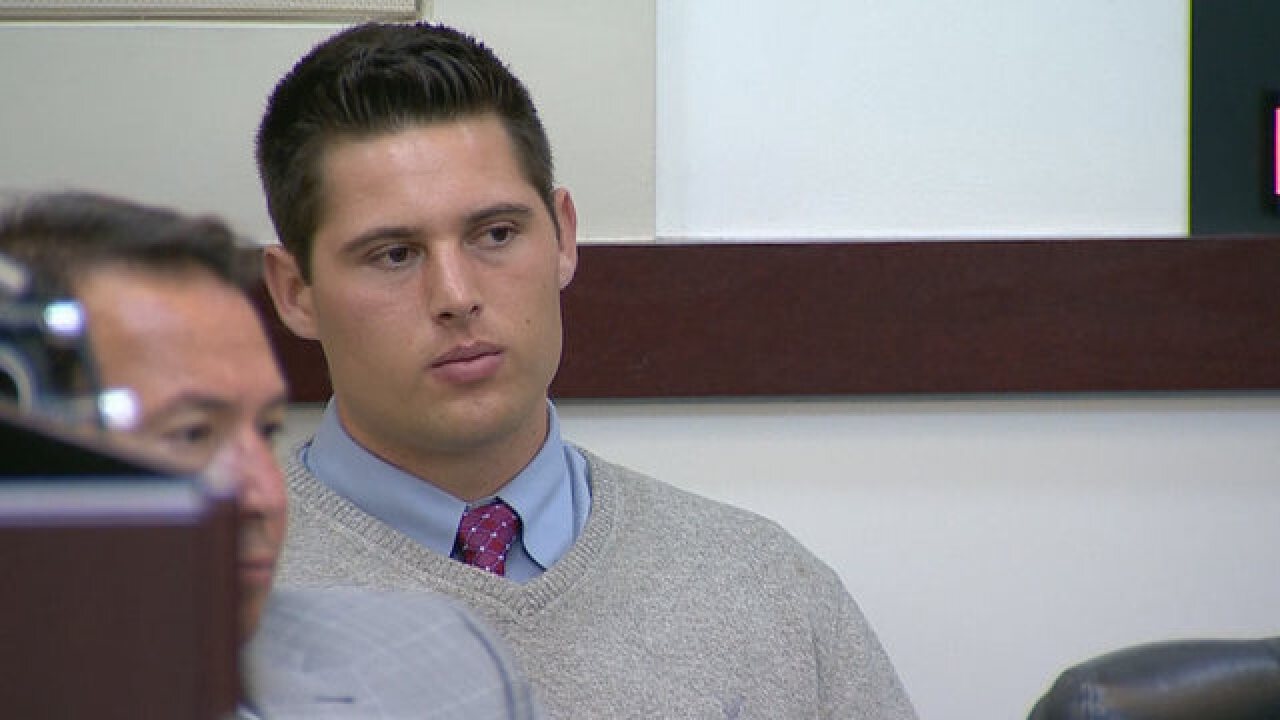 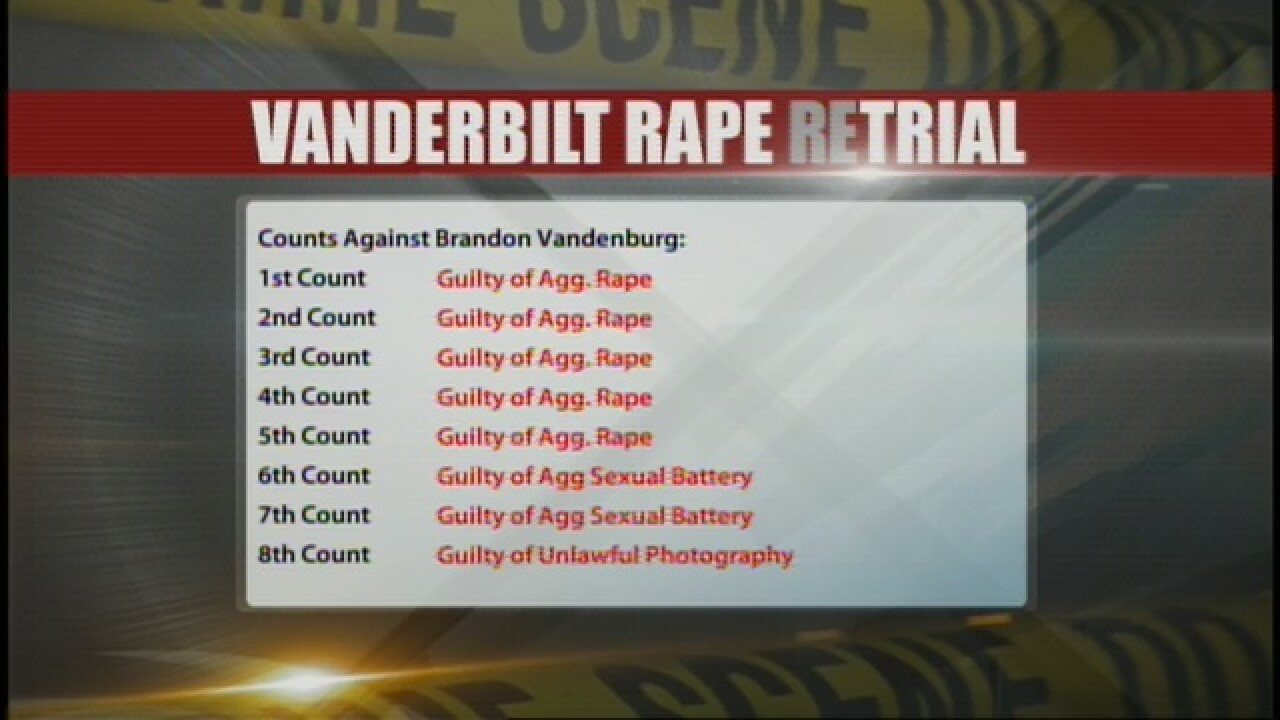 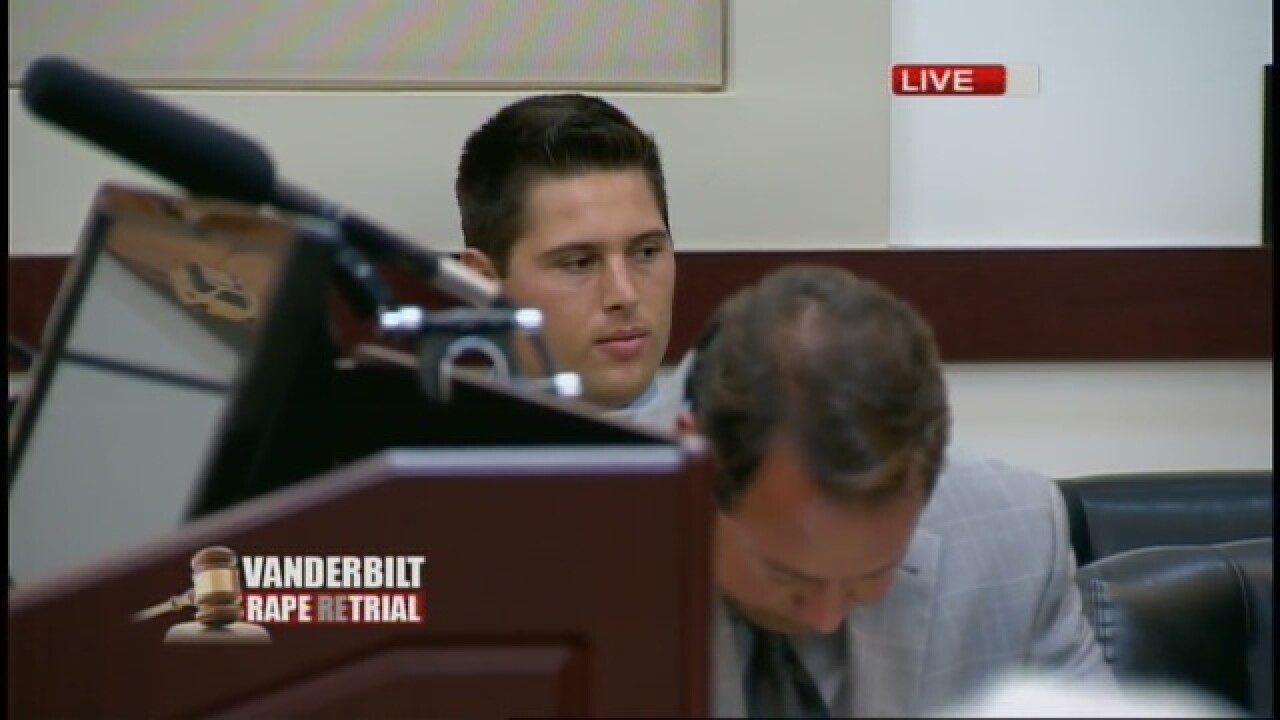 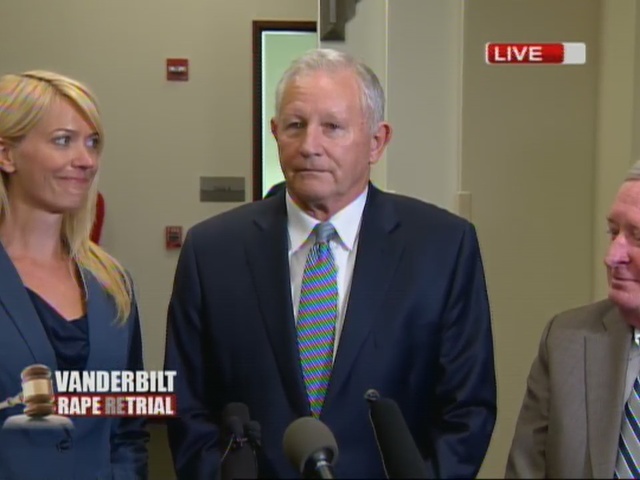 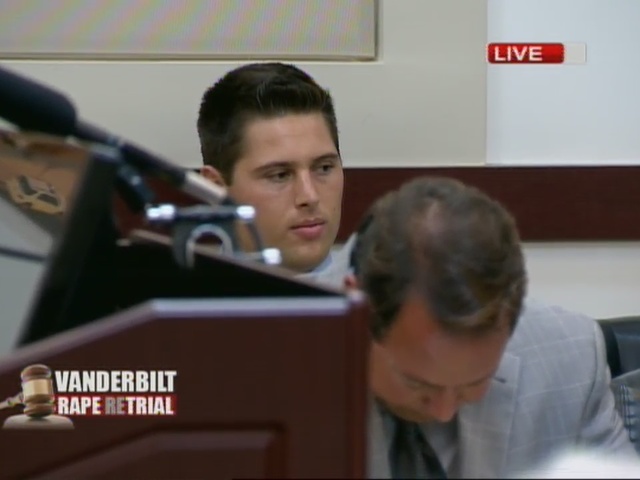 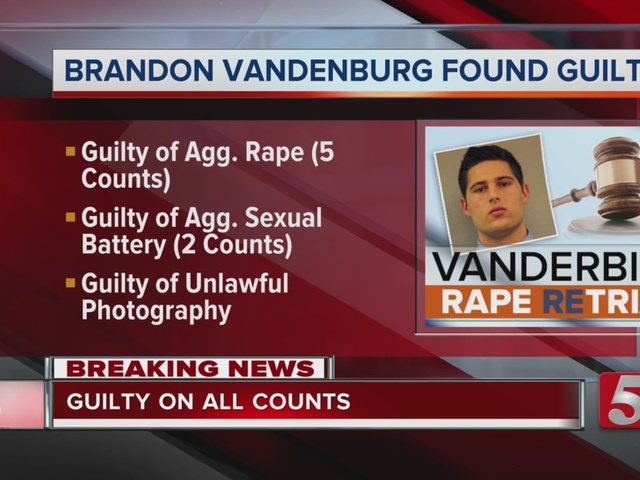 Nearly three years to the day of the rape which rocked one of the nation's most prestigious universities, a jury from Memphis convicted former Vanderbilt University football player Brandon Vandenburg of rape, for a second time.

The guilty verdict came after six days of grueling, graphic, and emotional testimony - most centering around the early morning hours of June 23, 2013, the day an unconscious female student from the dance team was sexually assaulted inside of Gillette Hall on Vanderbilt campus.

"Within two minutes of getting in that room Mr. Vandenburg is directing someone what to do with a bottle that is in the victim," Assistant District Attorney Jan Norman said during closing arguments on Saturday morning.

For Norman, it was the third time she has delivered a closing argument in this case, after Vandenburg's initial guilty conviction was thrown out in 2015 due to juror bias.

Read More: Vandenburg Chooses To Not Testify In Vandy Retrial

"He brought her there, he served her up to three strangers; for whatever reason, it doesn't matter, it's that he did it," Norman added.

Before ending her closing arguments, Norman played the 49 second video clip Vandenburg shot on his iPhone, showing the victim being raped by other former Vanderbilt football players.

"Mr. Vandenburg got enjoyment out of it while it was happening, that enjoyment he got at that moment that is him benefiting from his actions," she added.

Jurors worked through the afternoon on Saturday to deliver the verdict after about four and a half hours of deliberation.

The victim sat just feet away from the man she once trusted, then watched as Brandon Vandenburg was escorted out of the courtroom and lead back to jail.

"There's no winners here, no winners ... It's an emotional case, it's a difficult case," defense attorney Albert Perez said.

Vandenburg, age 23, could be seen holding back tears in court as his defense team made their final plea to the jury about what they argued was a case built on bad evidence.

"They are trying to hold him and say he is criminally responsible for these two individuals. Intoxication is a defense to this case you may not like it but it's the law," Perez told the jury.

“Our first thoughts are with the victim who has shown incredible strength and fortitude as she has endured another retrial. It is our sincere hope that today’s verdict strongly sends the message to victims and to perpetrators that sexual assault will not be tolerated in our communities. Vanderbilt will continue its work to combat the threat of sexual violence on our campus, and we appreciate our strong partnership with the Metro Nashville Police Department and Office of the District Attorney which helped deliver today’s verdict and, we hope, some measure of resolution for the victim.”

In April, Vandenburg's former teammate Cory Batey was also convicted of rape in the case. Batey has been scheduled to be sentenced on July 15.

Vandenburg has also tentatively been set to be sentenced in July.