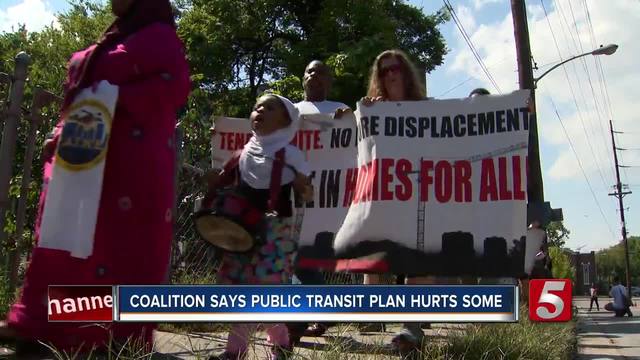 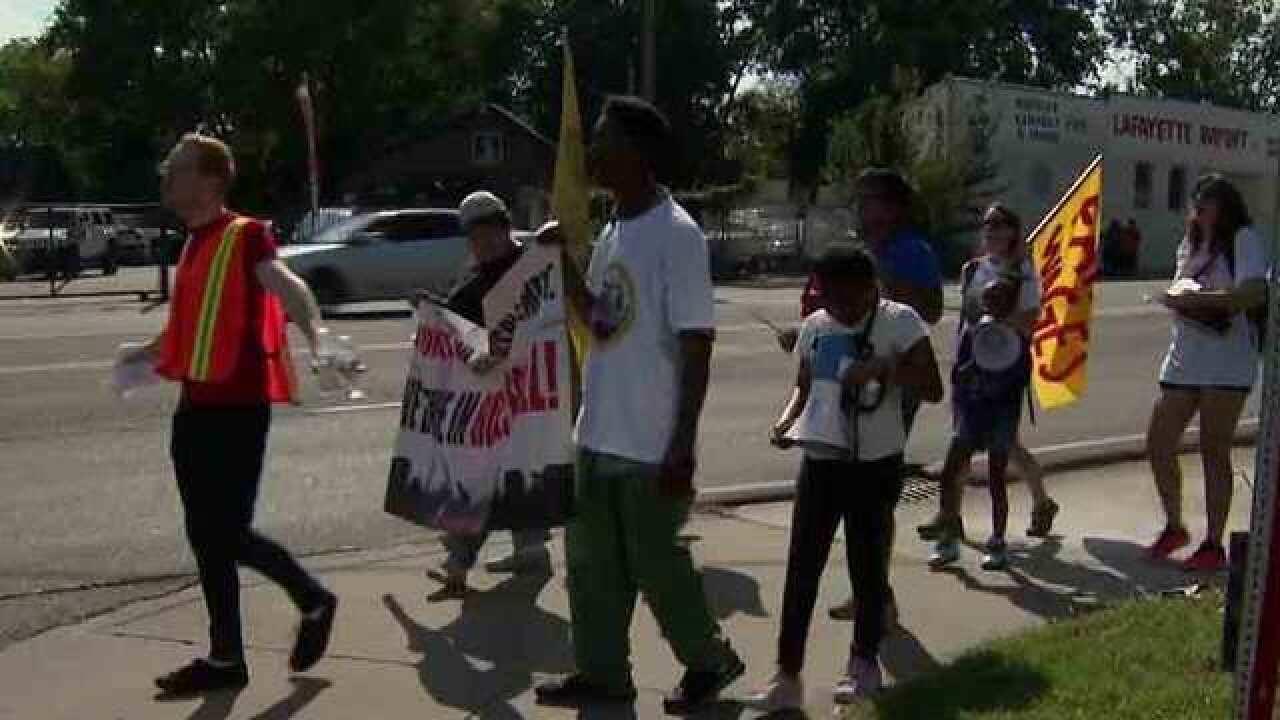 "It’s very expensive to live in Nashville, and it’s not fair," said Angelique Johnson, a Nashville native. "Especially when we got to put our tax dollars into building stuff and helping out with the community, while we can’t have somewhere safe and affordable to live.”

Johnson was one of about 50 people who marched from the Edgehill library to the JC Napier homes Sunday as part of PATHE, or the People's Alliance for Transit, Housing, and Employment.

PATHE members said other cities have shown cost of living often skyrockets along corridors where new rail lines have been built. They argued Nashville has already been in an affordable housing crisis and can't afford for prices to rise.

PATHE has been wanting the city to provide a detailed community plan to ensure the following before nMotion moves forward.

3. No cuts to existing bus routes.

2. All public funding for residential development connected to nMotion should be dedicated to 0-60% of median household income.

4. Place all land taken through eminent domain in a 99 year public land trust that will not be sold to private developers.

1. Only use construction contractors and subcontractors who pay a living wage and benefits.

3. Pay a living wage to all rail employees, at least $15 per hour, and a right to unionize without retaliation.