Semi, Tour Bus Crash On I-40 E Near Cookeville

A crash involving a tour bus and a semi-truck closed eastbound lanes of Interstate 40 in Putnam County for a few hours Wednesday.

The incident happened just before noon, between mile markers 270 and 271, not far from Cookeville Highway near exit 268. The tour bus was carrying the popular rock band, Hinder.

Officials with the Tennessee Department of Transportation reopened both eastbound lanes around 3:30 p.m. that were blocked due to the wreck.

TDOT officials said traffic had come to a stop because of a separate crash on I-40. The tour bus rear ended the tractor trailer, which them forced it to rear end the the Chevrolet Tahoe in from of it. The motor coach had 10 passengers on it, including the driver.

Cookeville Mayor Ricky Shelton said on his Twitter crews were called out to assist with entrapment.

The driver of the bus was extricated and transported to Vanderbilt University Medical Center along with two other passengers of the bus. The other seven remained at the scene.

TDOT officials said none of the injuries were life threatening.  The driver of the Tahoe was not injured in the crash.

The band posted an update to their Facebook page.

We just wanted to let everyone know that we were in a bus accident today outside of Cookeville, TN. Mike and our...

In it, they talked about a service dog was traveling on the bus with the band, but was lost in the crash. The dog was expected to be somewhere close to the scene of the crash which occurred on I-40 between mile markers 270 and 271. 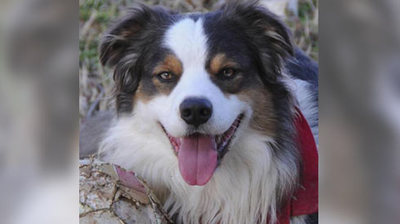 State troopers spent time searching for the pet. It is an 8-year-old Australian shepherd, white with brown spots named “Cuzco.” The dog was found and reunited with its owner around 6:30 p.m. Wednesday night.