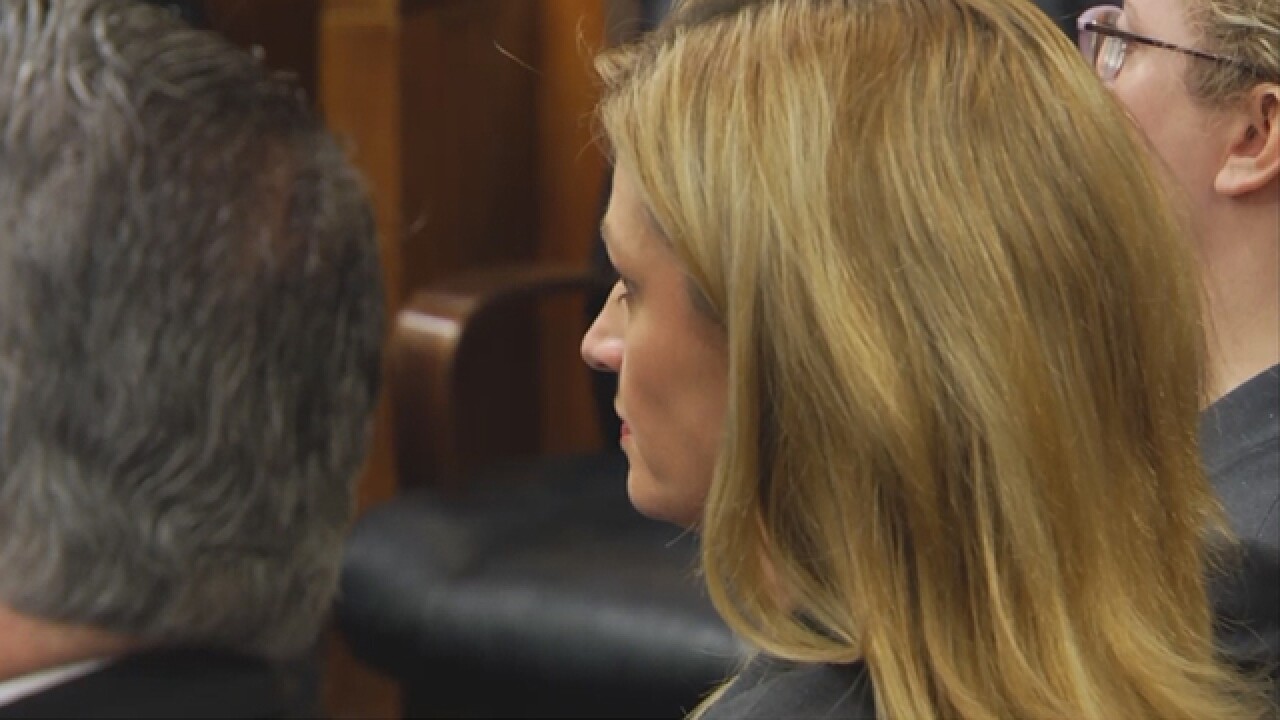 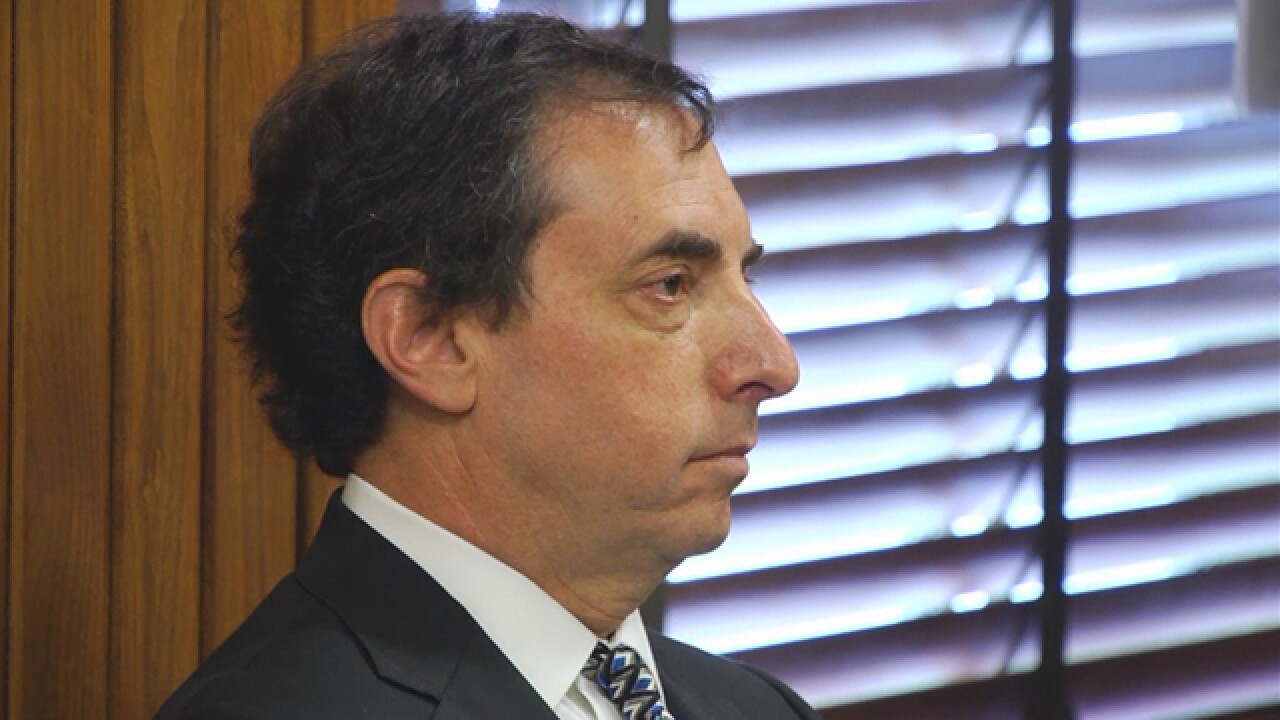 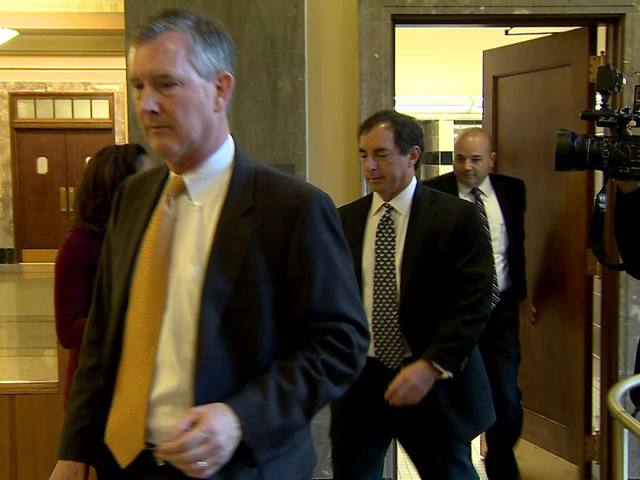 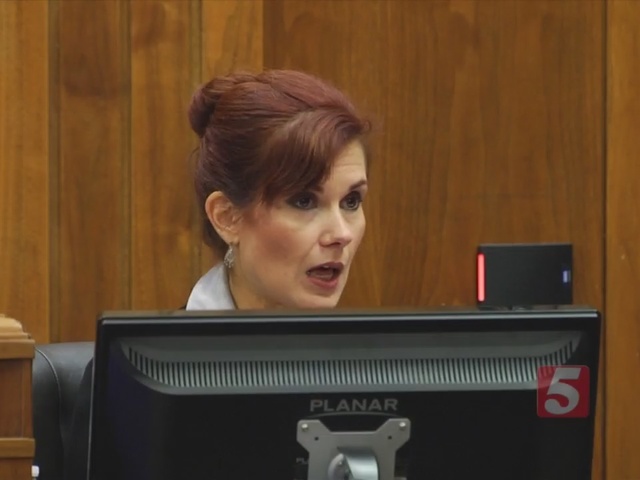 One of the defendants in the Erin Andrews case has denied allegations that he showed the nude video at the center of the case to his friends at a Nashville restaurant.

Twitter user Nicole Branigan accused Neal Peskind of showing the video to guests at dinner.  He was a representative of West End Hotel Partners -- the company that owned the Marriott at Vanderbilt --  at the time the video was recorded in 2008.

In a statement issued by his attorneys, they confirmed the video was brought up on a mobile device but said it was friends Peskind was dining with and not he himself. They said Peskind objected to the video and asked them to stop.

However in a series of Tweets, Branigan alleged that Peskind said the case "was going to cost him millions [and] he was going to watch it and show everyone." She accused he and his guests of  proceeding to "discuss her body & [sic] how she doesn't deserve money from the trial bc [because] of her body." 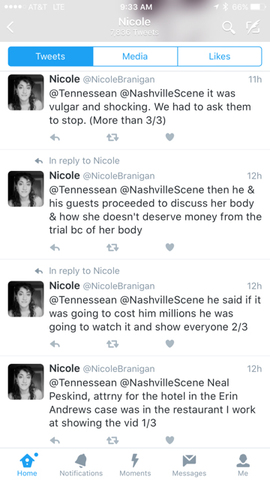 Branigan has since deleted those Tweets.

Spicer Rudstrom, the litigation firm representing Peskind and the other hotel owners and managers sent out the following statement in full:

"Last night, Mr. Peskind and two of his friends, a husband and wife, were having dinner, and the friends brought the video up on their phone, to which he objected and immediately asked them to stop. The video was then turned off. We don't make light of this situation. Ms. Andrews was the victim of a crime, which has been our position from the beginning and is the reason Mr. Peskind asked his friends to stop the video. Other comments attributed to Mr. Peskind surrounding this conversation never occurred."

"I was at a private dinner meeting with friends. They brought up the allegations, and they started viewing the video. I asked them to stop, and while they did so, it was not as quickly as I had hoped. This incident has been blown into something it was not. I would never disrespect Ms. Andrews and what she has been through. This is a very unfortunate situation that should not be a reflection on West End Hotel Partners or to our commitment to the issues in this case surrounding what happened to her. I sincerely apologize for my participation in what happened."

Barth said Marriott at Vanderbilt "met or exceeded" duty of care for Andrews during her stay.

She went on to point out that hotel operators are not ultimately responsible for guest safety, and the check-in procedure at Marriott at Vanderbilt met or exceeded the standard of care in 2008.

The defense's second person to testify was Dr. Kimberly Brown, a clinical psychologist.

Brown said Andrews was diagnosed with a mild case of Post Traumatic Stress Disorder after the video leak. However, overall, Andrews was functioning well.

The defense and Brown pointed out Andrews' career success after 2009 despite the release of the online video, pointing to her success with Fox Sports and Dancing With The Stars.

Stay up to date with the latest developments by following NC5_JasonLamb on Twitter: