A driver has been on the run after slamming a vehicle into a utility pole overnight.

A driver has been on the run after slamming a vehicle into a utility pole overnight.

The incident happened at the corner of Donelson Pike and Wellman Drive early Friday morning.

There were wires down across the road, but luckily they were phone wires, not power lines, so people in that area had electricity as they woke up.

HEADS UP! Part of Donelson Pk blocked off this morning (see map) after someone hit a utility pole. Updates on @NC5 pic.twitter.com/fKFt8LLFdN

Police said they believed the driver was behind the wheel of some kind of white Nissan truck based on some of the car parts left behind at the scene, including a Nissan logo. 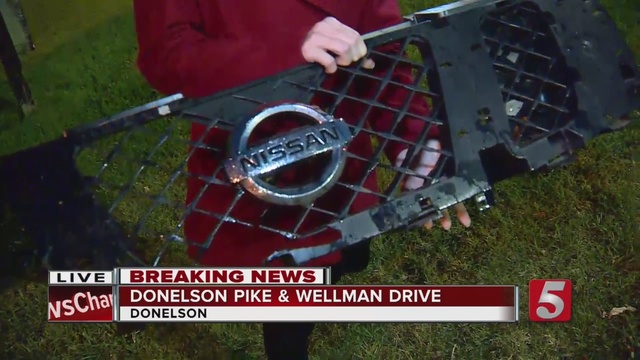 Officials said the front of the vehicle had damage. They have been searching for the driver responsible.

Crews expected the roadway to be closed for several hours as they worked to clear the scene.

Anyone with information on this crash has been asked to contact police.