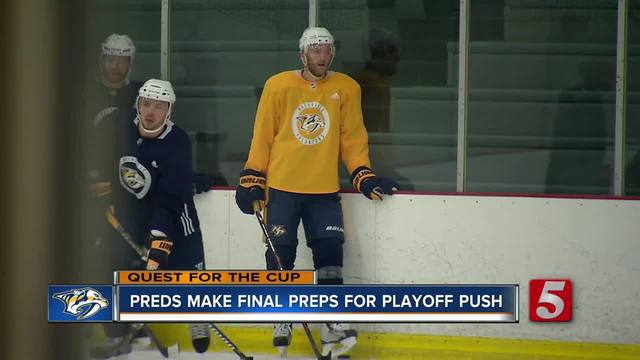 The Predators will start their quest for the cup in the Stanley Cup Playoffs on Thursday night against the Colorado Avalanche, entering the playoffs with the #1 seed and home-ice advantage throughout the playoffs. 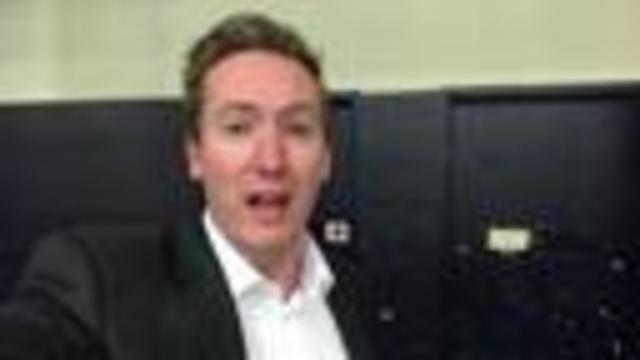 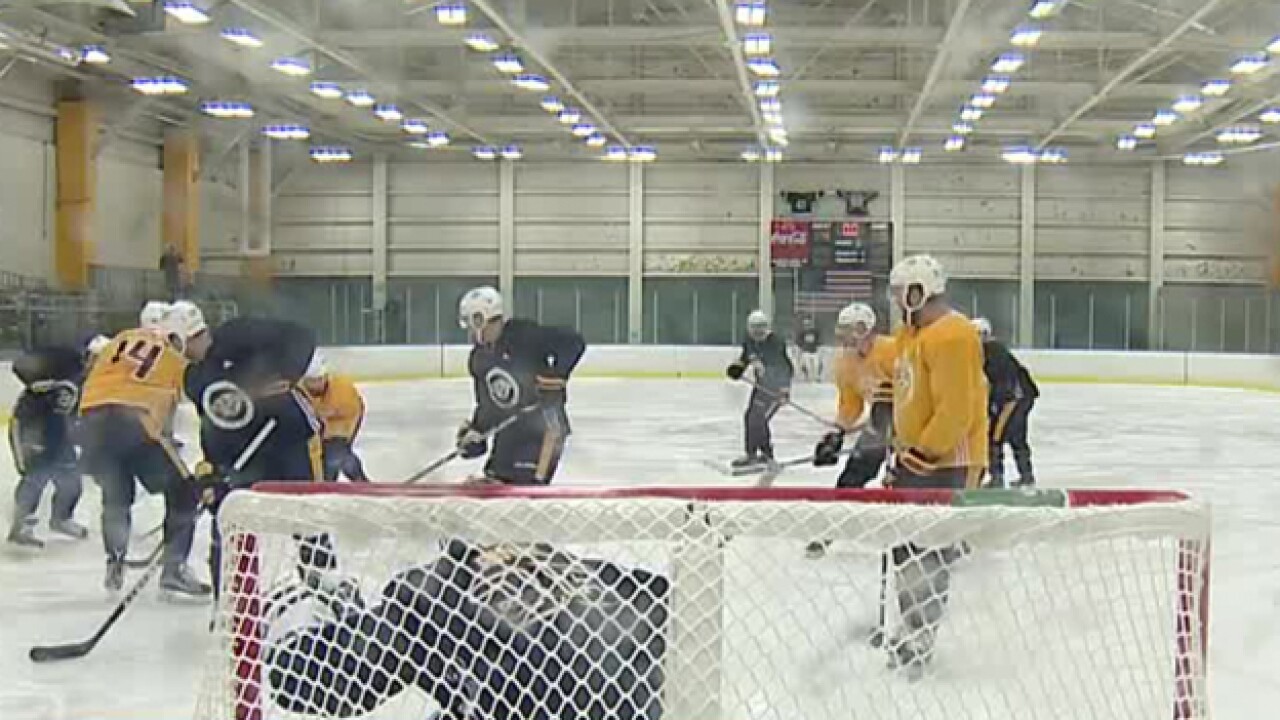 The Predators will start their quest for the cup in the Stanley Cup Playoffs on Thursday night against the Colorado Avalanche, entering the playoffs with the #1 seed and home-ice advantage throughout the playoffs.

While the players are focused on preparing for the series, fans are excited for playoff hockey once again, and are preparing to cheer on the Preds any chance they get.

Plans are expected to be announced on Tuesday for potential plaza parties and other events surrounding the playoffs, but the fact that the Predators will have home-ice advantage has everyone, even the players, excited for this playoff run.

“If it gets down to the wire and it comes to a game 7, it’s back at Bridgestone Arena, which is what we always wanted," coach Peter Laviolette said, adding that the fans make it one of the best home-ice advantages in the game.

“They make it fun and it’s fun to play in front of them, so I’m expecting that it’s going to be crazy again," Pekka Rinne, goaltender for the Predators, said. “Already, this regular season, it felt like it was always a big party when it was a game day.”

"We have the best fans in the league and we know they’re gonna show up and we’re gonna have to do our part," Predators defenseman, Ryan Ellis, said.

Sports books in Las Vegas have the Predators as best-odds to win the Stanley Cup, and after finishing the season as the best team in hockey during the regular season, many believe it's the Predators' best chance yet.

The Predators will play game 1 at Bridgestone Arena against the Avalanche at 8:30 PM. The second game will take place on Saturday.