Country music fans have turned out in the thousands to see Keith Urban play a free show in downtown Nashville.

Hours before the Nashville Predators take on the San Jose Sharks for game 6, Keith Urban played a free concert outside the arena to celebrate the release of RIPCORD, his ninth studio album.

As expected, the multi-award winning superstar drew a large crowd.

Dozens began camping at 6 p.m. Sunday to get a front row spot for the noon show. They ordered pizza and brought their sleeping bags for all the fun.

One fan said she’s seen him in concert some 80-90 times since 2002. Naturally, he’s the reason she decided to camp out hours before the show. 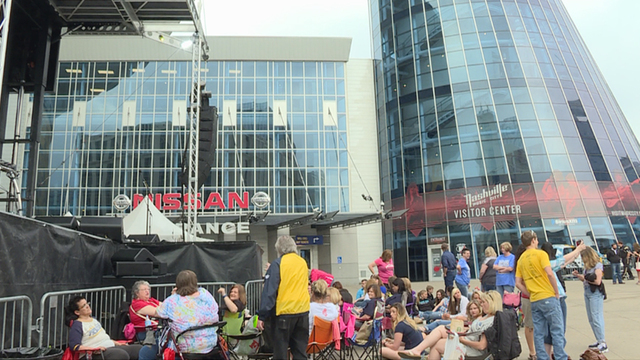 “Just to see Keith Urban and be sure we'd be on the front row for his concert at noon,” she said.

His tour kicks off June 2 in Kansas City. Check out the full list of shows.