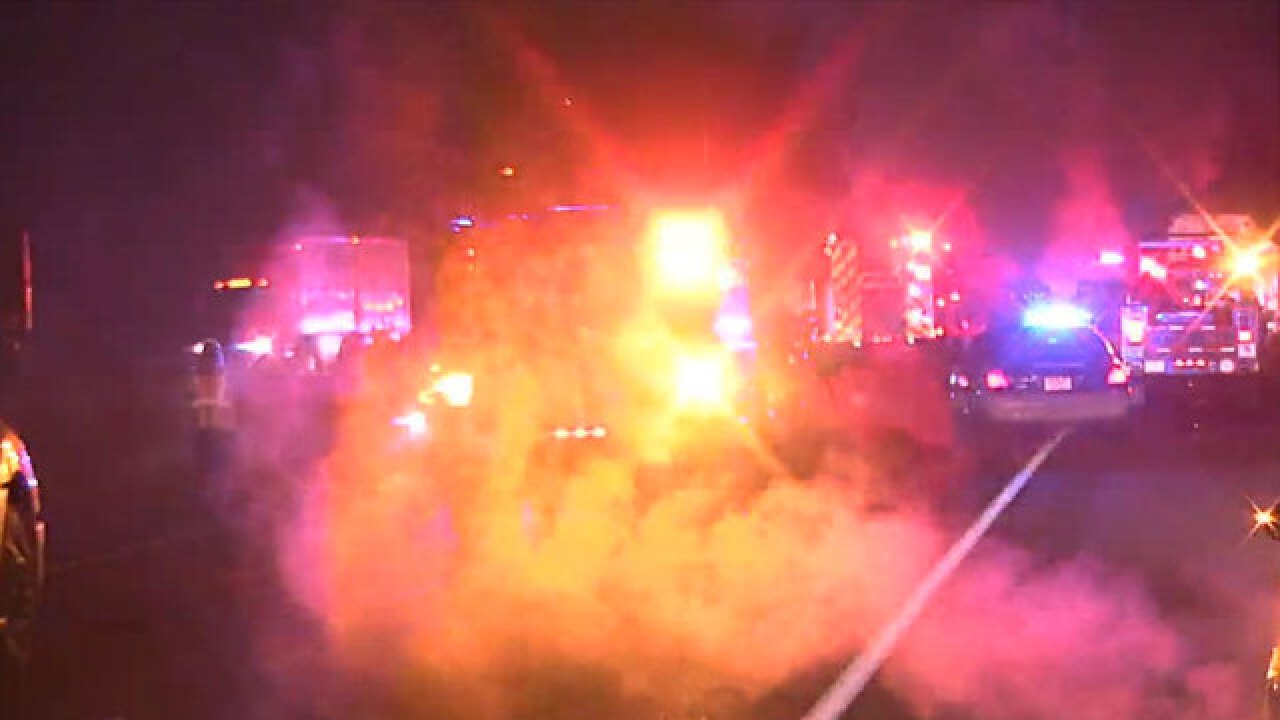 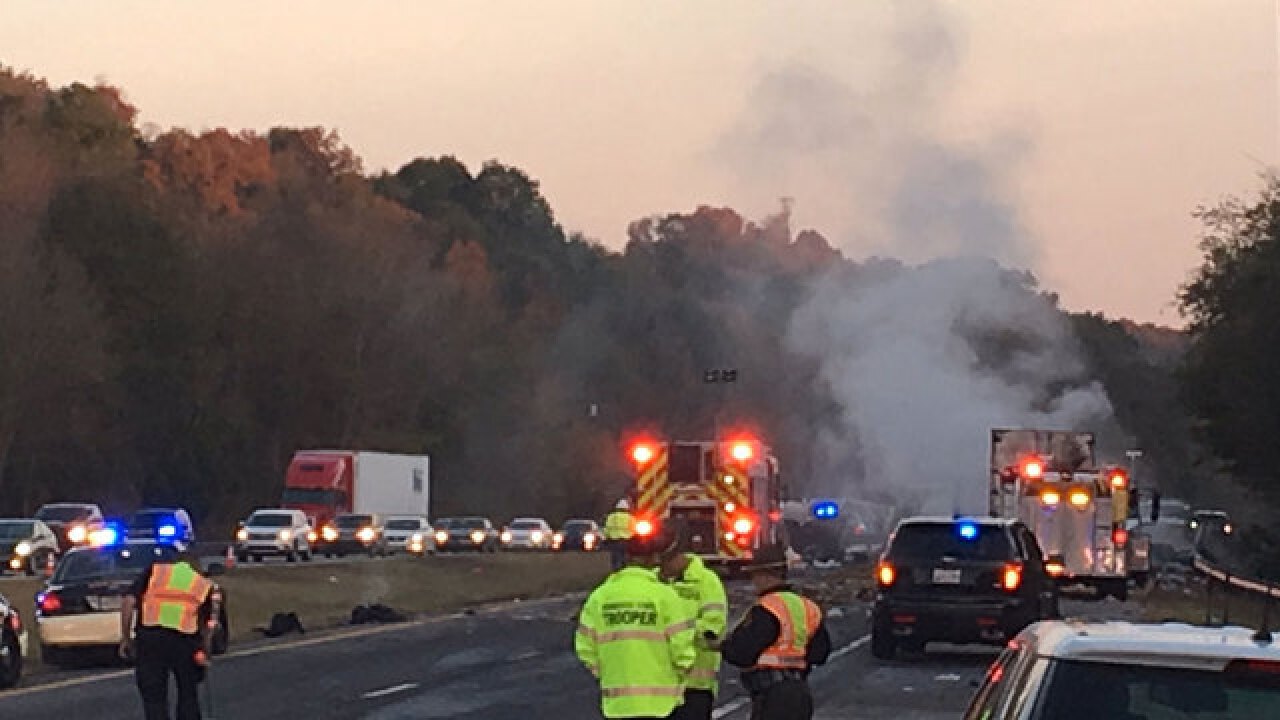 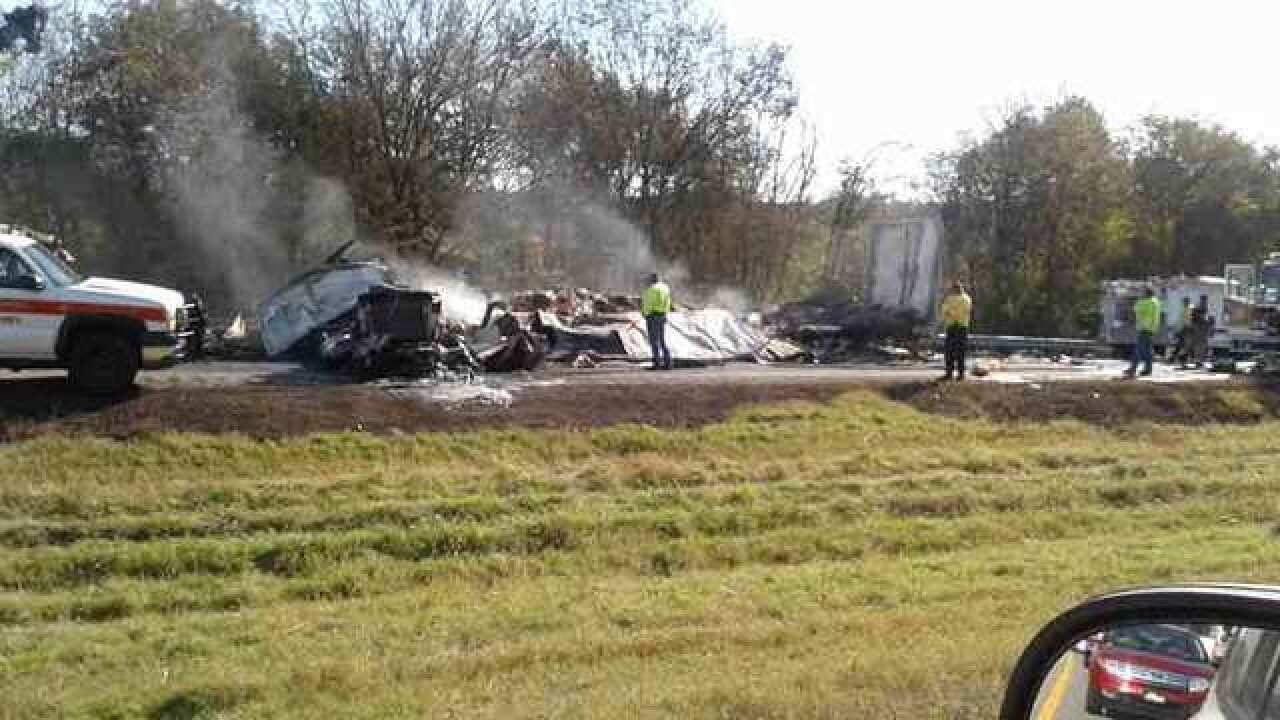 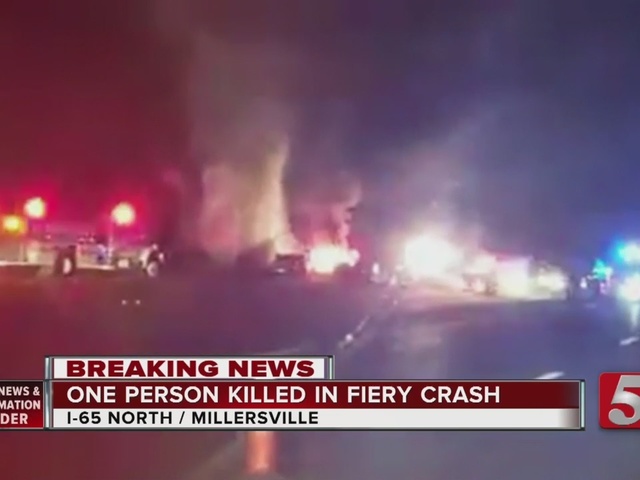 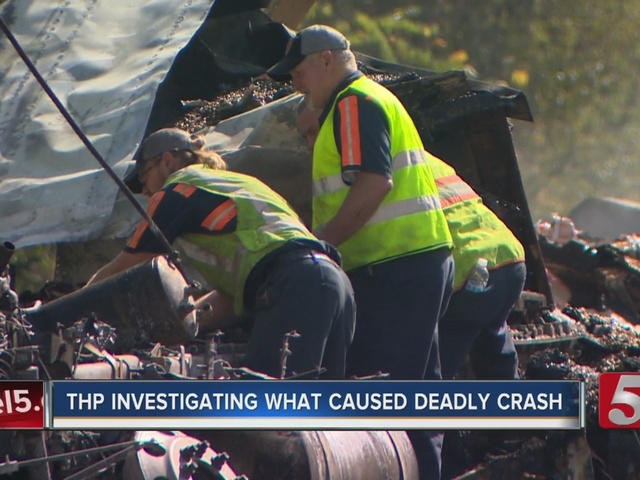 A driver was killed in a fiery tractor trailer crash on Interstate 65 near Millersville that left the interstate blocked for more than 12 hours.

The wreck was reported before 5 a.m. Wednesday on I-65 North between the Louisville Highway and Bethel Road.

Specific details of the crash were not known at this time.

Officials with the Tennessee Highway Patrol said two semis were involved in the collision. The first driver, 46-year-old Tommie Jackson, was unharmed in the crash, but the second, 61-year-old Billy Dixon, was killed.

Just in: truck driver behind this crash sends me video of semi fire @NC5 pic.twitter.com/RiYgajJsG8

According to the crash report, Jackson's truck, which was hauling assorted grocery items was parked along the side of the interstate to switch drivers.

Police said it was rearended by Dixon's truck, which then burst into flames. Dixon was trapped inside.

Witnesses on the scene said several drivers pulled over and tried to rescue him, but the flames were too intense.

"The flames were probably 15 or 16 foot high and it was just so hot no one could get to him," said Kenny Harper.

Investigators said the truck was hauling food products. The victim's boss showed up to the scene devastated.

"He wanted to get home just like everybody else does who drives a truck safe and sound back to their home with their family and loved ones," said John Tullis, Tullis Enterprises Owner.

Northbound lanes were still blocked while crews work to clean up diesel fuel. Traffic was being diverted at exit 98.