An out of state fugitive was captured overnight in Metro after allegedly escaping police custody by climbing over a fence and assaulting an officer in the process.

An out of state fugitive was captured overnight in Metro after allegedly escaping police custody by climbing over a fence and assaulting an officer in the process.

Officials with Metro police said 24-year-old Joshua Harbert was being taken into the back of the Criminal Justice Center around 12:30 a.m. Monday, when he somehow slipped out of his handcuffs.

Police said he ran through an open door and managed to scale a fence, which was surrounded by razor wire. 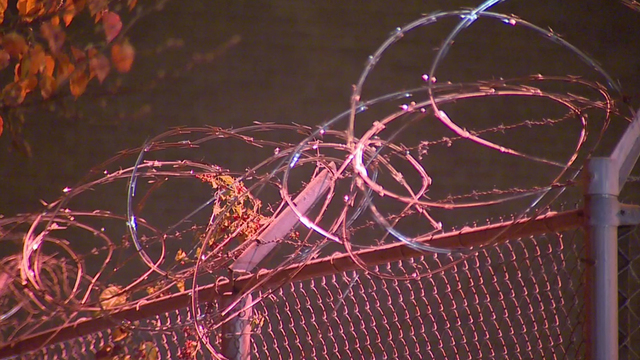 An officer was injured in the incident after Harbert allegedly kicked him in the shoulder while climbing the fence.

From there, he fled towards the train tracks and ran along the tracks until he reached the Cumberland River.

Officers chased after him but lost sight of Harbert near an embankment. Officials with the Nashville Fire Department were called out and used a boat to try and locate him.

He was found hiding along the bank of the river and taken into custody.

Just hours earlier, police said Harbert was pulled over for driving without his headlights on; however, while checking his license, the officer learned he was wanted out of Indiana for robbery, armed with a deadly weapon or bodily injury.

Police said he was booked for assault, driving while license suspended, being a fugitive from justice, escape, evading arrest, and resisting stop, frisk, halt, arrest or search.