Funeral Held For TDOT Worker Killed On I-40

A funeral was held Monday for a Tennessee Department of Transportation worker who was killed on the side of Interstate 40.

The funeral for David Younger was set for 3 p.m. at Woodson Chapel Church of Christ in Nashville.

MORE: Identity Released Of TDOT Worker Killed On I-40

Visitation was held at Woodbine Hickory Chapel on Nolensville Pike on Sunday. Another visitation will be held from 1 p.m. to 3 p.m. prior to the funeral service.

Younger was struck and killed Thursday by a semi on the side of the interstate near mile marker 155 in Hickman County. 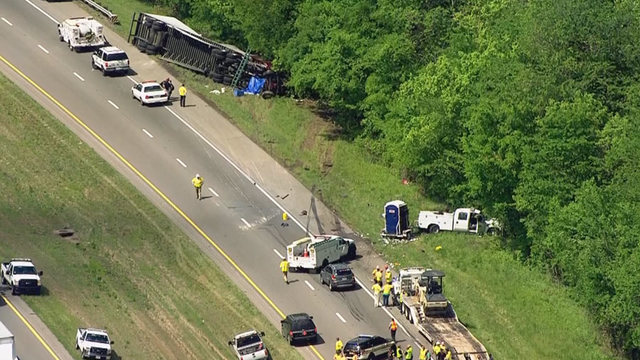 Two other TDOT workers were injured in the wreck.

Younger had been with the department since 2010.

Criminal charges were pending in the case.