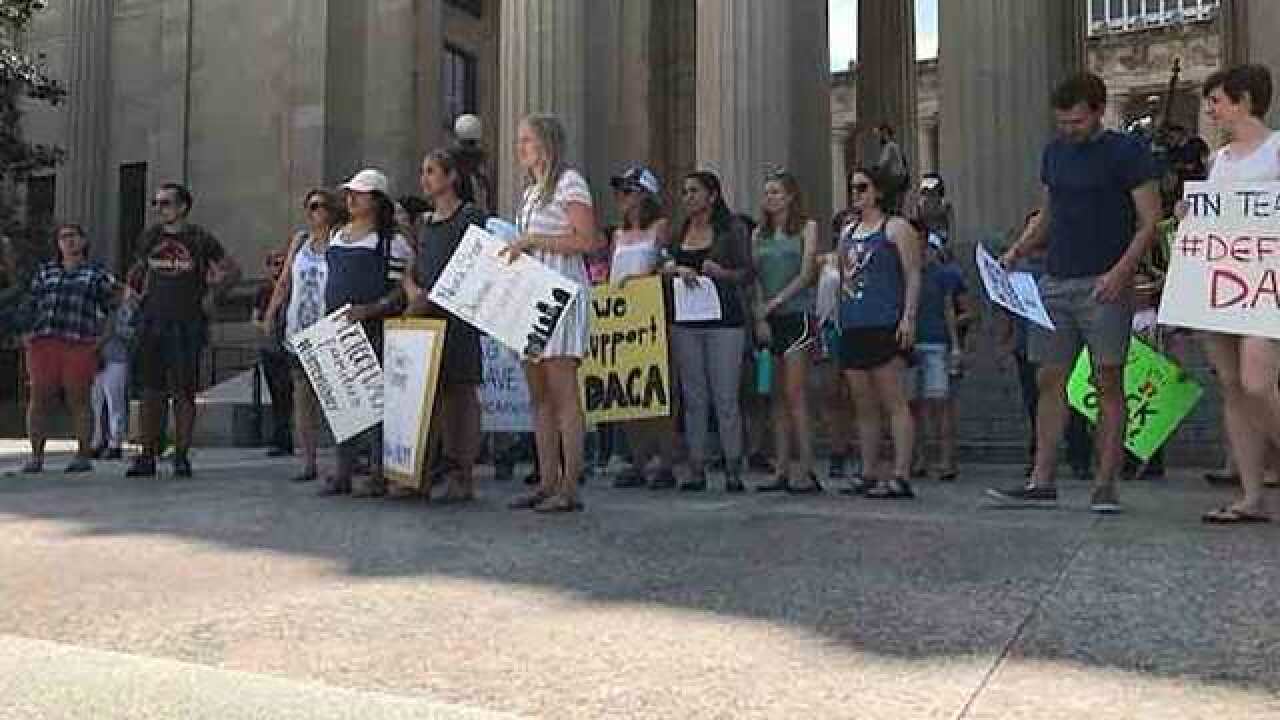 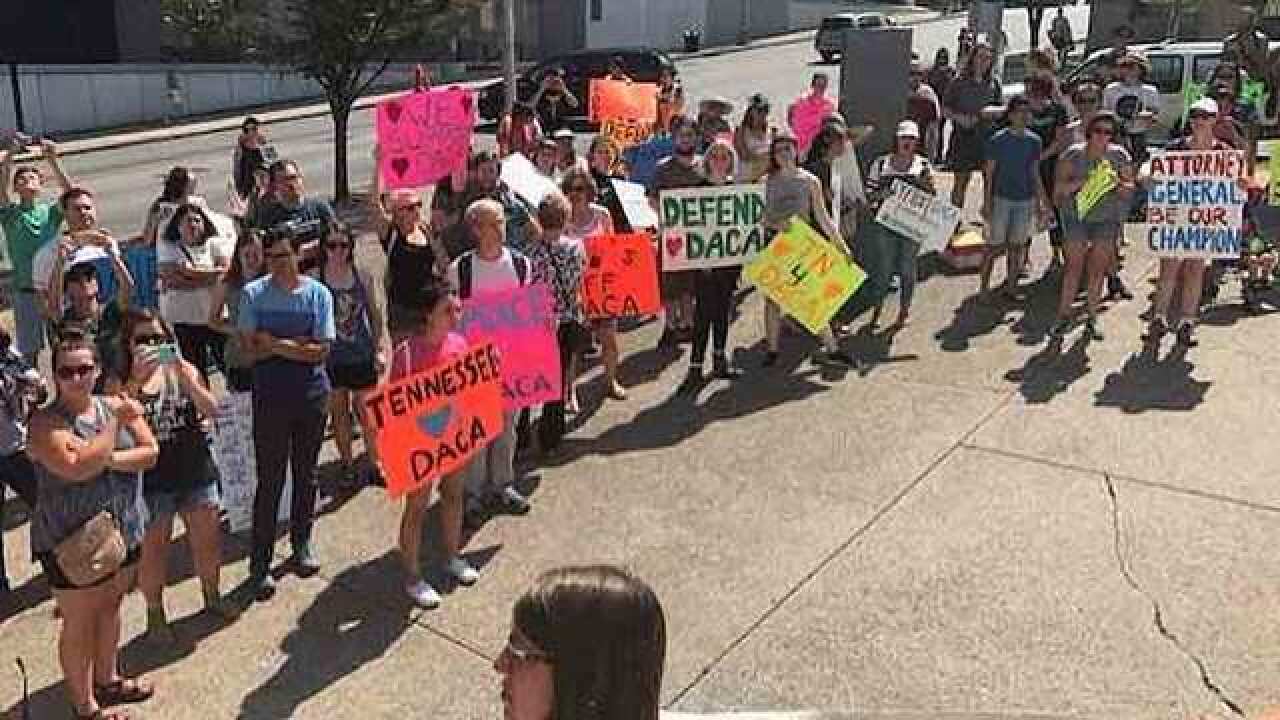 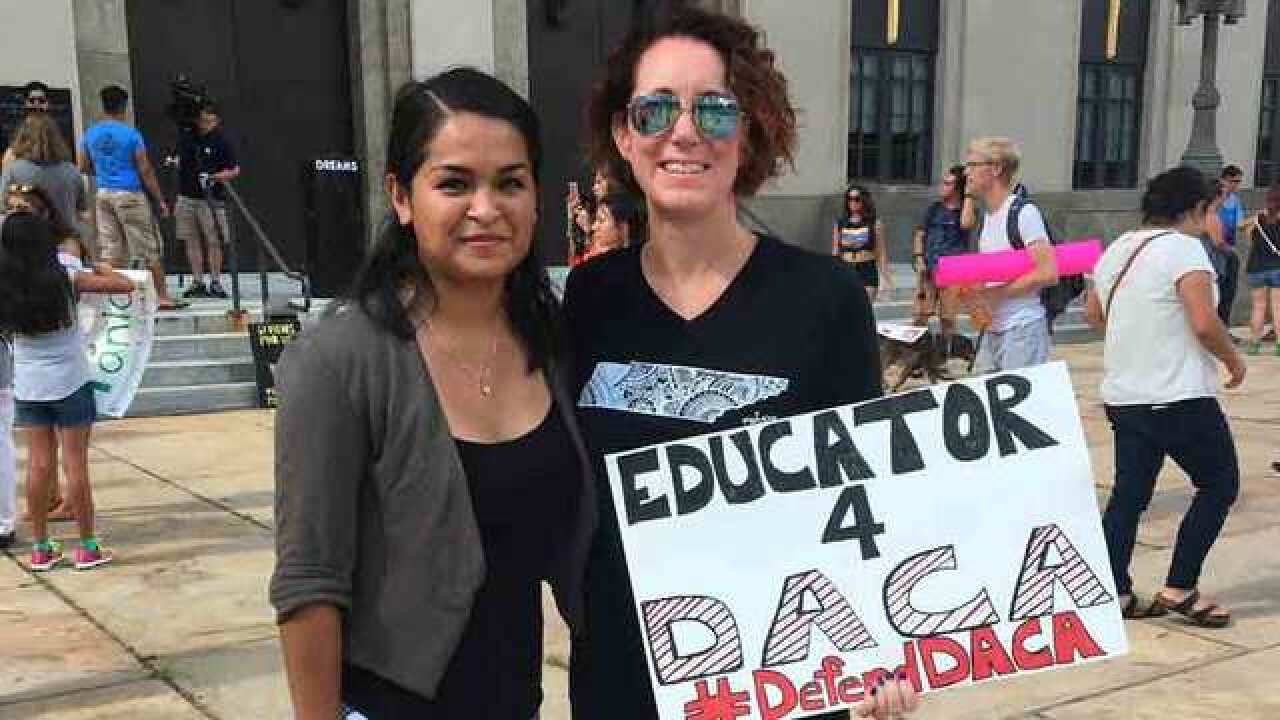 A group marched in Nashville to fight for the Deferred Action for Childhood Arrivals, also known as DACA, to not be taken away.

Those with the group held signs on Saturday that said “We support DACA” and "Defend DACA" as they walked to the attorney general’s office.

The group also chanted, "Down, down with deportation! Up, up with education!" They added they want lawmakers to know they need to "stand on the right side of history."

Members of the group said they want the DREAM Act to pass.

That act would allow illegal minors in the United States to have conditional residency and, if further qualifications have been met, permanent residency.

On Saturday, Evelin Salgado spent part of her day marching to ask State Attorney General Herbert Slatery to withdraw his name from a group of state attorneys general who have urged President Donald Trump to repeal DACA.

"I am an educator, and I am able to drive with a driver's license, and I am about to purchase a home. All of those big things I couldn't do without DACA," Salgado said.

Salgado has been fearful she'd have to move back to Mexico without a solution.

"This is my country, even though I wasn't born here. Tennessee is my home," she said.