A jury could soon begin deliberating on whether two hotel companies and a convicted stalker should be forced to pay sportscaster Erin Andrews millions of dollars.

A jury listened to more than four hours of closing arguments in the multi-million dollar Erin Andrews lawsuit.

Deliberations were set for Monday morning. The jury will decide whether two hotel companies and a convicted stalker should be forced to pay sportscaster Erin Andrews millions of dollars.

Closing arguments began in Andrews' civil case Friday. The sportscaster and co-host of the TV show "Dancing with the Stars" filed a $75 million lawsuit against the stalker, identified as Michael Barrett, and the two companies that owned and operated the Nashville Marriott at Vanderbilt when secretly-recorded videos were taken of Andrews in September 2008.

Just before noon Friday, the judge briefed the jury on their responsibilities including explaining the definition of negligence and telling them they must separate West End (the hotel owners) and Windsor Capital Group (managed the hotel) when making their decision.

Two alternate jurors have been dismissed, told not to speak about the case. #ErinAndrews

The judge then dismissed everyone for lunch with closing arguments set to begin directly following lunch Friday.

The closing statements began with Andrews' attorney, Bruce Broillet. He spoke to the jury about how proud he was of Andrews for coming forward and discussed again her reaction following her discovery of the online nude videos. 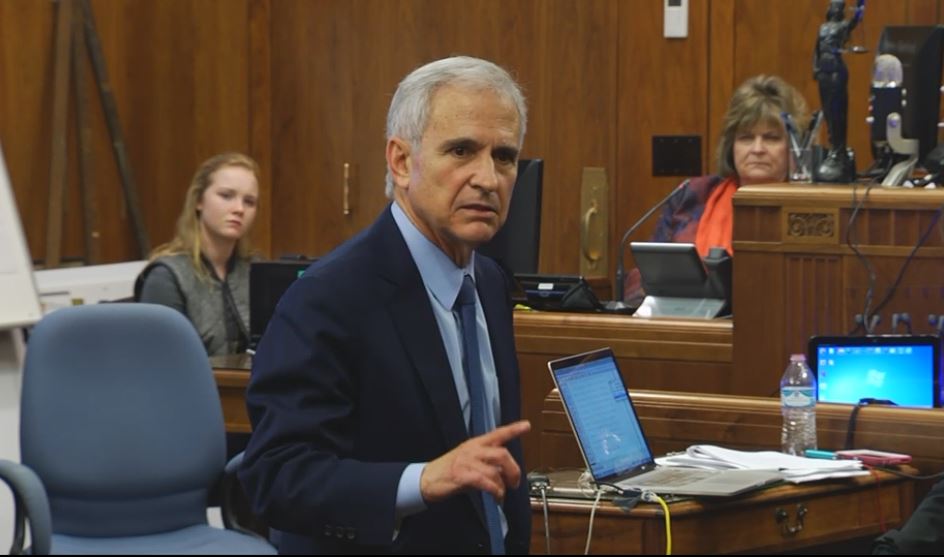 In addition to explaining how the videos affected Andrews' life, Broillet also told the jury he believes Barrett planned to sabotage the case through his testimony to get back at Andrews.

"You shouldn't believe a word that came out of his mouth," Broillet said about Barrett.

Broillet also explained the definition of negligence for a second time and told them he believes it's "clear the hotel was negligent on a number of scores."

Dedman made it clear to the jury that the defense acknowledges as a criminal, but asked that the jury not pair him and their defendants together. He pointed out that Barrett testified that he was 100% responsible for the video. He took the responsibility, not the hotel. 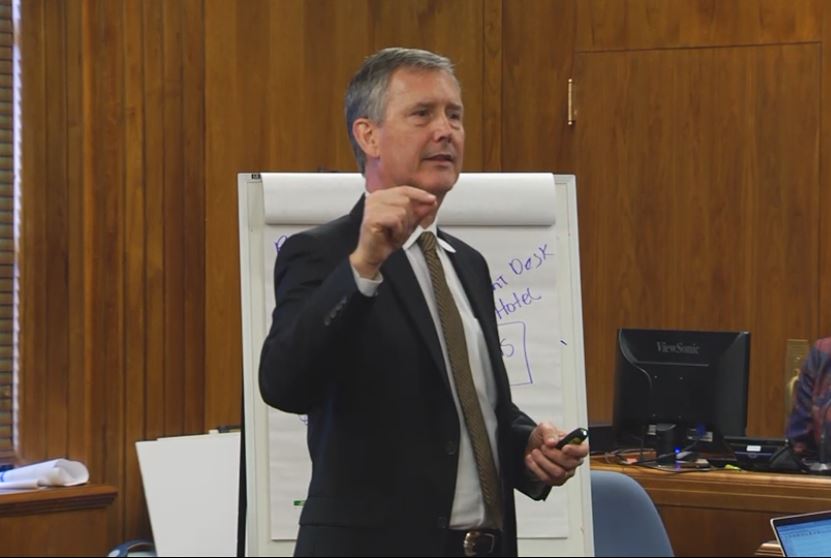 The final witnesses in the case took the stand Thursday, including the former desk clerk who checked in Andrews' stalker.

She told the court she didn't remember Barrett mentioning Andrews' name, and she never gave out any information about her.

The final witness was ESPN analyst Jesse Palmer, who worked with Andrews during the time of the incident.

Palmer said while the release of the video did not impact Andrews' performance on TV, he did see it impact her personal life.

Barrett was sentenced to serve 2 1/2 years in prison after admitting to stalking Andrews in three cities.

Closing arguments wrapped up just after 5 p.m. Deliberations were set for Monday at 9 a.m.