The man who drowned Thursday night in a Coffee County lake has been identified as freshman Vanderbilt University baseball pitcher, Donny Everett.

The man who drowned Thursday night in a Coffee County lake has been identified as freshman Vanderbilt University baseball pitcher, Donny Everett.

The incident happened along Mountain View Road at Fire Lake Bridge in Normandy Lake, not far from Manchester.

Coffee County Sheriff Steve Graves said Everett had been swimming and fishing with four people, including two teammates, when he attempted to swim to another bank.

His friends told investigators he got about halfway across when he began asking for help. All four said they thought he was "just joking around" because he was apparently smiling and did not seem to be in trouble.

Authorities said one of them got in and was able to pull Everett several feet but said he was struggling to stay afloat because he's not a good swimmer.

He said Everett didn't seem to be having difficulties, so he let go of him and swam back to shore, thinking he was still joking.

When he turned around, he said Everett had gone under and did not resurface.

The call came into the Coffee County Communication Center around 5 p.m. The 19-year-old's body was recovered from the water about two hours later, approximately 15-feet from the shore.

The water in that part of the lake was said to be 25-feet deep.

His body was taken to Harton Regional Medical Center in Tullahoma before being taken to Nashville where an autopsy would be preformed.

Everett was the 2015 Gatorade Player of the Year in Tennessee after starring at Clarksville High. He was considered a top prospect for the Major League Baseball Draft, but elected to attend Vanderbilt and play college baseball instead. 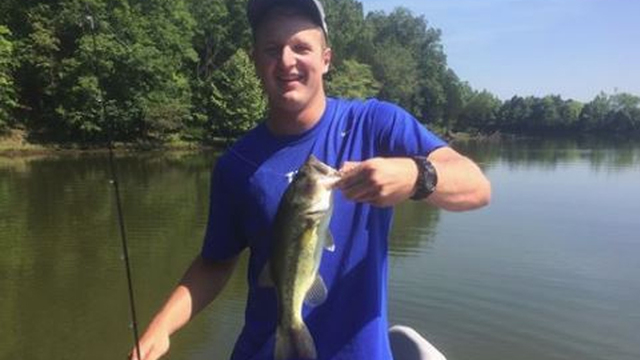 He was also a 29th round pick by the Brewers last summer.

Everett was one of the key pieces of Vanderbilt's top-ranked recruiting class. He sat out the first half of this season, but performed well once he returned to action, posting a 1.50 ERA in 12 innings.

He threw one shutout inning in the Commodores' SEC Tournament victory over Missouri on May 24.

"We learned last night of the tragic death of Donny Everett, an outstanding young man who exemplified the best of our university. As you can imagine, the team, the athletic department and the university are trying to come to terms with this tragedy. His parents and loved ones are on our minds and in our prayers as we share in their grief.”