A 32-year-old man was shot and killed during an attempted robbery in the Percy Priest Lake area of Nashville.

Police have identified the man who was fatally shot while he and his brother were walking outside their Nashville-area home.

Metro Nashville Police officials said 32-year-old Jesiah Lyke and his brother, Jonathon, were walking down Bluewater Drive, just southeast of Nashboro Village, when they were approached by two to three men around 9 p.m. Monday. 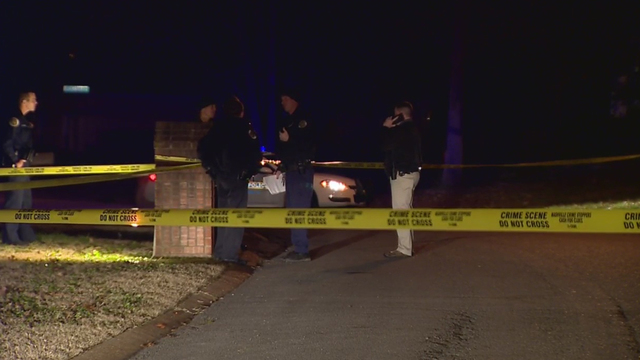 The suspects, who were reportedly wearing dark clothing, pulled up in a vehicle.

According to Jonathan Lyke, two men got out and ordered the brothers to lie down at gunpoint.

Police said Jesiah was shot as he tried to run away. He transported to Vanderbilt Medical Center where he was pronounced deceased.

A motive has not yet been determined in the case. Detectives said they suspect Jesiah Lyke was shot during a robbery attempt.

Officers said the suspects were driving a Nissan Sentra or Versa with a very loud muffler. They were described as being in their late teens or early 20s and were both approximately 5’7”-5’9” tall.

If you have any information, call Crime Stoppers at 615-74-CRIME.

A gofundme page has been set up for the Lyke family to ease any financial burdens they may encounter.