The nation paused Monday, as it remembered and honored the more than 2,400 Americans killed 74-years-ago during the attack on Pearl Harbor.

In Tennessee, flags at the State Capitol were lowered to half-staff beginning at sunrise. 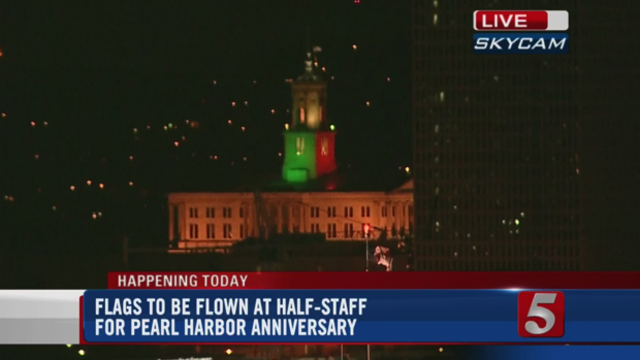 The National Park Service and the U.S. Navy held a joint memorial service Monday to mark the anniversary of the attack by Japan that killed over 2,400 Americans and brought the U.S. into World War II.

A few dozen elderly men who survived the Japanese bombing of Pearl Harbor gathered at the site to remember fellow servicemen who didn't make it.

The event was held on a Navy pier overlooking the USS Arizona Memorial. It straddles the battleship which sank nine minutes after being hit. It remains a gravesite for many of those killed.