A community has come together to honor the life of a Tennessee teen who died protecting his friends.

Zaevion Dobson was killed in December of 2015 when he was shot while protecting two of his friends from a drive-by shooting.

A group in Knoxville made a mosaic to honor Dobson's sacrifice. The designer of the piece said he wants it to stand against gang violence in the city.

Last week, his mother accepted the Arthur Ashe Courage Award at the ESPYs, one of the most prestigious honors in sports. 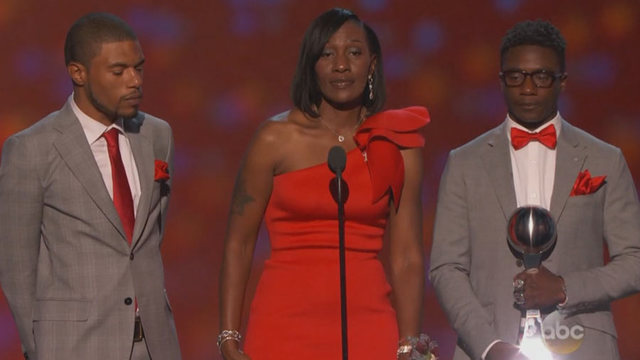 "His legacy will love on because he sacrificed his life for someone else, so that's an awesome thing," his mother Zenobia Dobson said.

At the time of the shooting, Dobson was a football player at Fulton High School in Knoxville.

To watch the full ESPN story on Dobson, click here.