Pedaling Astronomer In Nashville For Eclipse 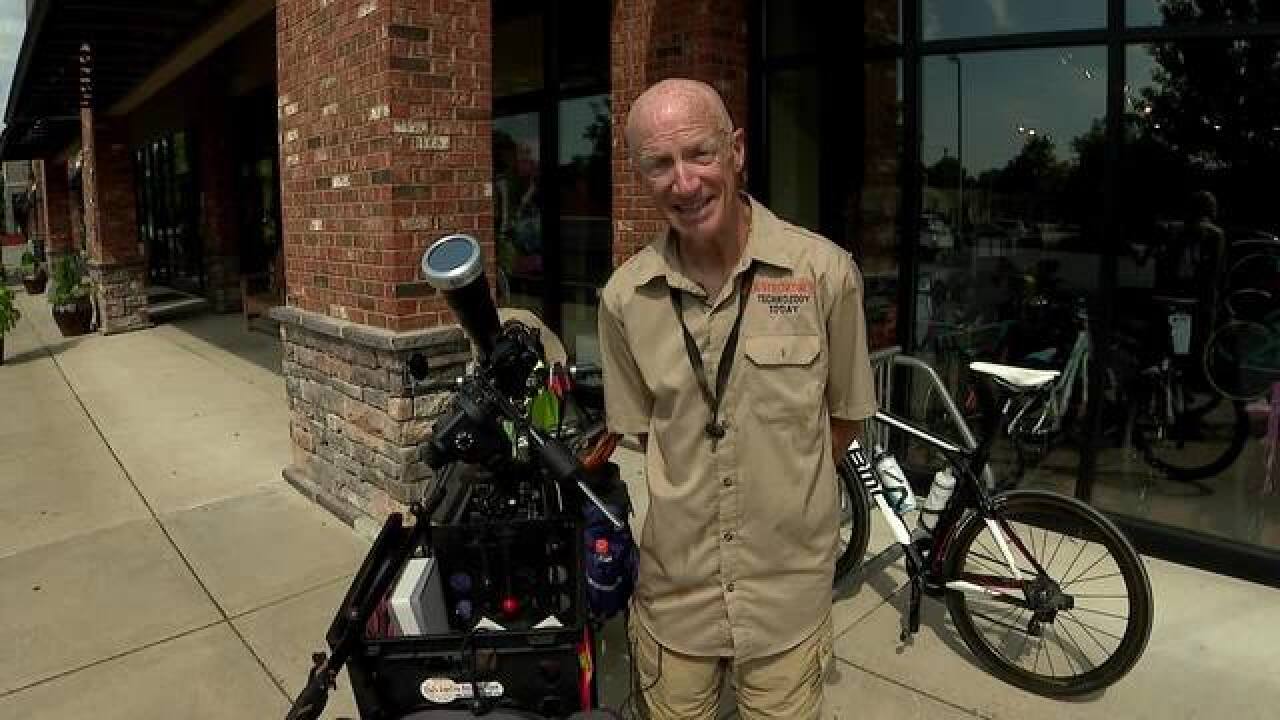 Scientists, amateur astronomers, and people who have never seen a total eclipse have been getting ready for a once-in-a-lifetime sky show.

Gary Parkerson started his trip to Tennessee for the Eclispe in the spring of 2016.

Parkerson has been riding across the United States on his "mobile solar observatory" consisting only of an oversized bicycle that doubles has a solar observatory, carrying all of his telescope equipment and camping gear.

We caught up with him Saturday at Traces Bike Shop. (Watch his full interview above. You don't want to miss it! His bicycle/solar observatory is too cool!)

Parkerson said he’s watching the eclipse in Music City on the rooftop of the Adventure Science Center.